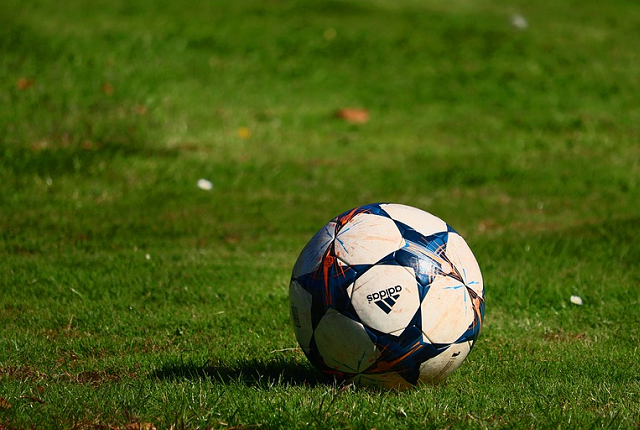 The joy of reading football

As my family was never into football, it was natural for me to be distant and ignorant of the football world as a kid. In fact I remember distinctly how as a child I was surprisingly shocked when I learned that football is the most popular game in the world and not cricket.

Things changed abruptly when I joined Sainik School in 6th standard. Being a boarding school with strict emphasis on physical standards, sports was a compulsory part of out regime. As the junior most kids in the school we were not allowed to associate with other “specialised” sports like volleyball, hockey and basketball and Cricket was not considered an option due to its lack of physical exertion. So, basically I was stuck with a game I had no clue about.

Back in those years I was extremely unathletic and fat, so naturally I paled in  comparison to most of my classmates who were physically superior to me in all aspects. In an act of desperation to keep up with my friends I sought the only way I could still stay connected with the game – Read about it. I just had to switch my taste for novels and short stories to sports magazines and newspapers. And once I started off I was hooked!!

I read everything related to football I could lay my hands on. I ensured that I was always the first one to get hold of the morning newspaper so I could be the first one to discuss the previous days game with my friends. I asked my parents to bring in whatever sports magazine they could find in the market so I could picturise the tales of my heroes. I stole away my free time in the library reading magazines, understanding the complex world of European club football. Soon enough I managed to gain my friends’ respect for my knowledge in football.

Football has provided so many joyous and proud occasions to savour, but when I look back the first one had to be that time when two of my friends who were arguing about the Messi and Ronaldo conundrum, came up to me to settle the case. That feeling of being considered by someone as a higher authority in football for the 1st time is something I will always cherish.

As ours was a boarding school we never had much luck watching the matches on TV and on those rare occasions when we could catch a glimpse of a game we were often cut short by our packed schedule. Most of the time our imagination of a game was painted by the words from next days newspaper. The goals and dribbles as depicted in those newspapers were free to form the shape and structure of our own design. The discussions/fights I had with my friends based on our half cooked knowledge and understanding of football is one of the most vivid images of my school days. Ultimately reading about football provided me with an alternate way to gain acceptance, to make new friends and most importantly overcome my shortcomings in playing the game.

It’s only from the 2014 world cup that I actually started watching football tournaments in TV. To see those poetic words describing the greatest game in the world coming alive in color right in front of me was a feeling of pure ecstasy. Once I moved on to my college it was easier than ever to follow football, with better internet access and TV facilities. Today I almost can’t imagine not being able to watch a match I want to, and in the years following my initial tryst with football I have improved myself physically and have been playing football almost regularly. In spite of all these changes nothing could replace the intimacy I found with the magical depiction of football by pen.

I read everything and anything I find online or offline about football, from trash transfer rumours to complex formation analysis. Reading such content has broadened my mind for a newer and sophisticated perspective into the game and made me realise how expansive and exciting the game is. Even today When I read something about the game I think of the time I started doing it, as a defense mechanism to stay relevant among my friends. Thankfully for me that has flourished into something that still sustains to this day. And the love still remains.

With development in technology the game has been bought further closer to us than ever. More people will be able to watch the game in a better way in a better fashion. But that doesn’t take away anything from the oldest and original form by which man associated himselves to the wonder of football. Football writing is significantly outgunned in comparison to other forms of enjoying football. But no other medium can provide such aesthetic pleasure to the game, giving it wings to soar itself from the realms of a mere physical activity to become the game of the gods. And at the same time no other medium provides an opportunity to kids like me to overcome their insecurities and inabilities and be part of the most democratic of all sports. If anything, the simple act of portraying the game through mere words brings it down from the domain of supreme athletes to that of the common man.
The joy of reading football, the greatest enabler of the game.

It’s coming Home! The rise of the Three Lions

Fantastić, Chaotić, Historić – Croatia a step away from the greatest fairytale in World Cup history