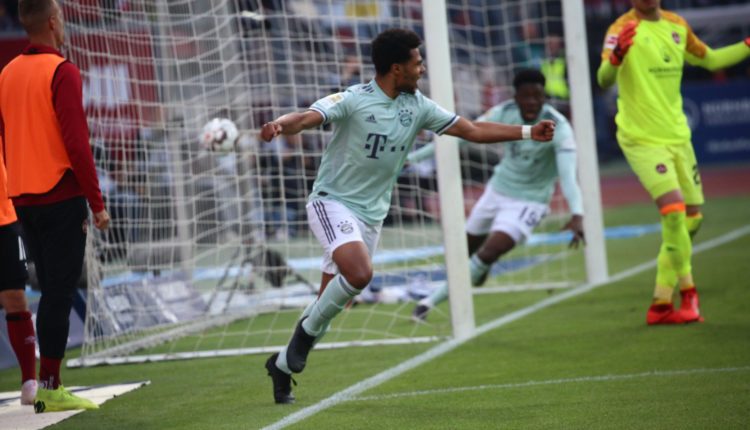 Niko Kovac’s side who recently took the top spot in the table went behind in the Bavarian derby to Matheus Pereira’s goal from 18 yards after Sven Ulreich parried Eduard Lowen’s shot.

A goal that potentially has huge consequences for both ends of the table ↕️#FCNFCB 1-0 pic.twitter.com/nX1x5XcSgh

But Tim Leibold missed a late penalty that could have damaged Bayern’s chances of winning seventh consecutive Bundesliga comfortably.

His kick in injury-time struck the inside of the post after Bayern’s Alphonso Davies had fouled Georg Margreitter in the air.

Nuremberg’s goalkeeper had a stunning performance as he tipped David Alaba and James Rodriguez free-kicks onto the crossbar.

The dramatic result puts the Bavarian giants wo points above Dortmund, who lost 4-2 to Schalke on Saturday, with three games remaining while second bottomed Nuremberg are in the relegation zone, five points adrift of safety.

Raheem Sterling is the Football Writers’ player of the year