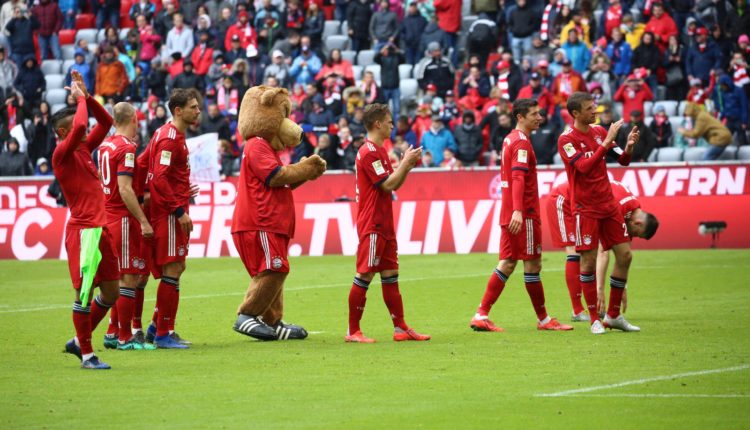 Bayern Munich went further close to win the Bundesliga title with a victory over Hannover 96 as Borussia Dortmund dropped points at Werder Bremen.

Goals from Robert Lewandowski and Leon Goretzka gave the Bavarians a comfortable lead at the break before Franck Ribery scored late to seal the win and tighten their claim for a seventh consevutive title in German top flight.

Meanwhile, second placed Dortmund threw away 2-0 lead against Werder Bremen to draw 2-2 with Bremen scoring twice in a blistering 5 minutes just before 15 minutes to go.

"I'm very grateful. It's the only word that comes to mind: gratitude. I did everything for this, I trained and fought to return to the pitch."@ArjenRobben & Co. react to #FCBH96 ? https://t.co/YsmkmKoq5d#MiaSanMia pic.twitter.com/tEEosmZwB1

Chelsea bound Christian Pulisic had put Dortmund in front inside six minutes with a fine solo goal, and Paco Alcacer doubled their lead before the break.

But Werder Bremen hit back with two goals in five minutes from Kevin Mohwald and Claudio Pizarro – who, at 40 years and 213 days, extended his record as the Bundesliga’s oldest goalscorer.

The draw means there should be miracles happening if BVB can hope to win the title and end the supremacy of Bayern.

Niko Kovac’s league leaders will take on RB Leipzig (away) and Eintracht Frankfurt (home) in their final two games, while Dortmund face Fortuna Dusseldorf (home) and Borussia Monchengladbach (away).