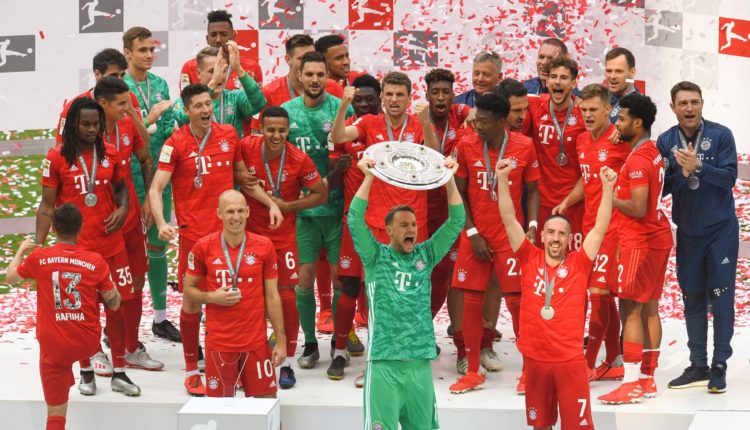 Without showing any nervousness of the final day, the Bavarians took the lead inside five minutes with Kingsley Coman scoring the opener.

But the stadium became silent when Sebastian Haller restored parity for Frankfurt just after the break. 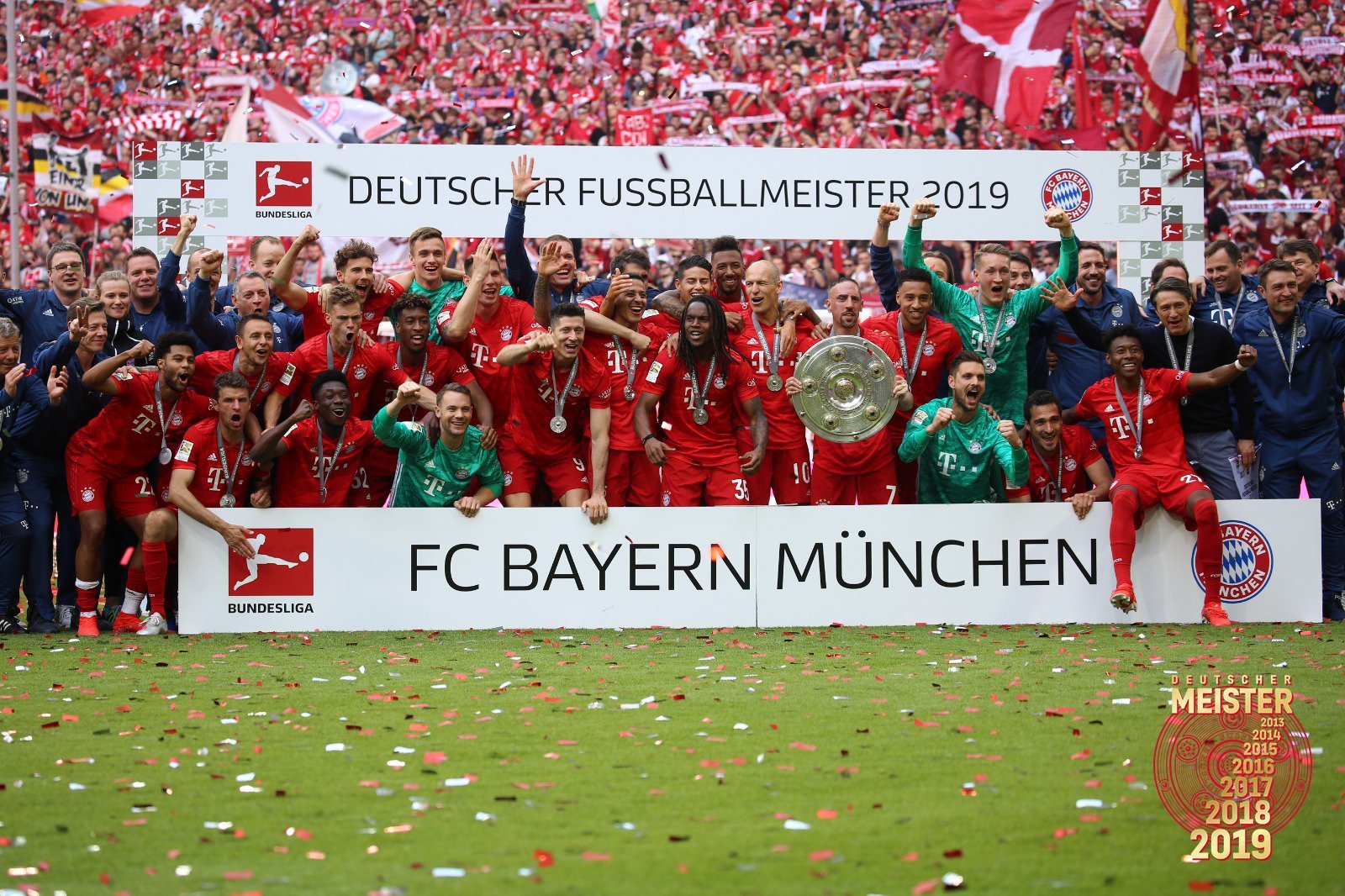 However, the visitors’ joy was short-lived as David Alaba put the Champions back in front three minutes later, before second-half substitute Renato Sanches gave Bayern a third on 58 minutes.

Departing duo Ribery and Robben were introduced for the final 20 minutes, but both players got the perfect farewell as the Frenchman netted Bayern’s fourth in the 72nd minute while the Dutch man completed Bayern triumph with an easy tap in after six minutes.

Niko Kovac’s side, who trailed leaders Borussia Dortmund by nine points after 12 games, needed only a draw to secure a 29th Bundesliga title.

They finished two points ahead of Dortmund, who won 2-0 at Borussia Monchengladbach thanks to goals from England winger Jadon Sancho and Marco Reus.

The news about Bayern Munich’s third goal have arrived in Mönchengladbach.

“When you lose and down, we’ll still be here and sing: Borussia! Borussia, #BVB! No matter what happens, we’ll be by your side, until we die, we’ll sing for you!”

The victory is a great relief for Bayern boss Kovac who successfully overcame a turbulent season mixed with fluctuating results in the league where their utter dominance were challenged for most period of the season. 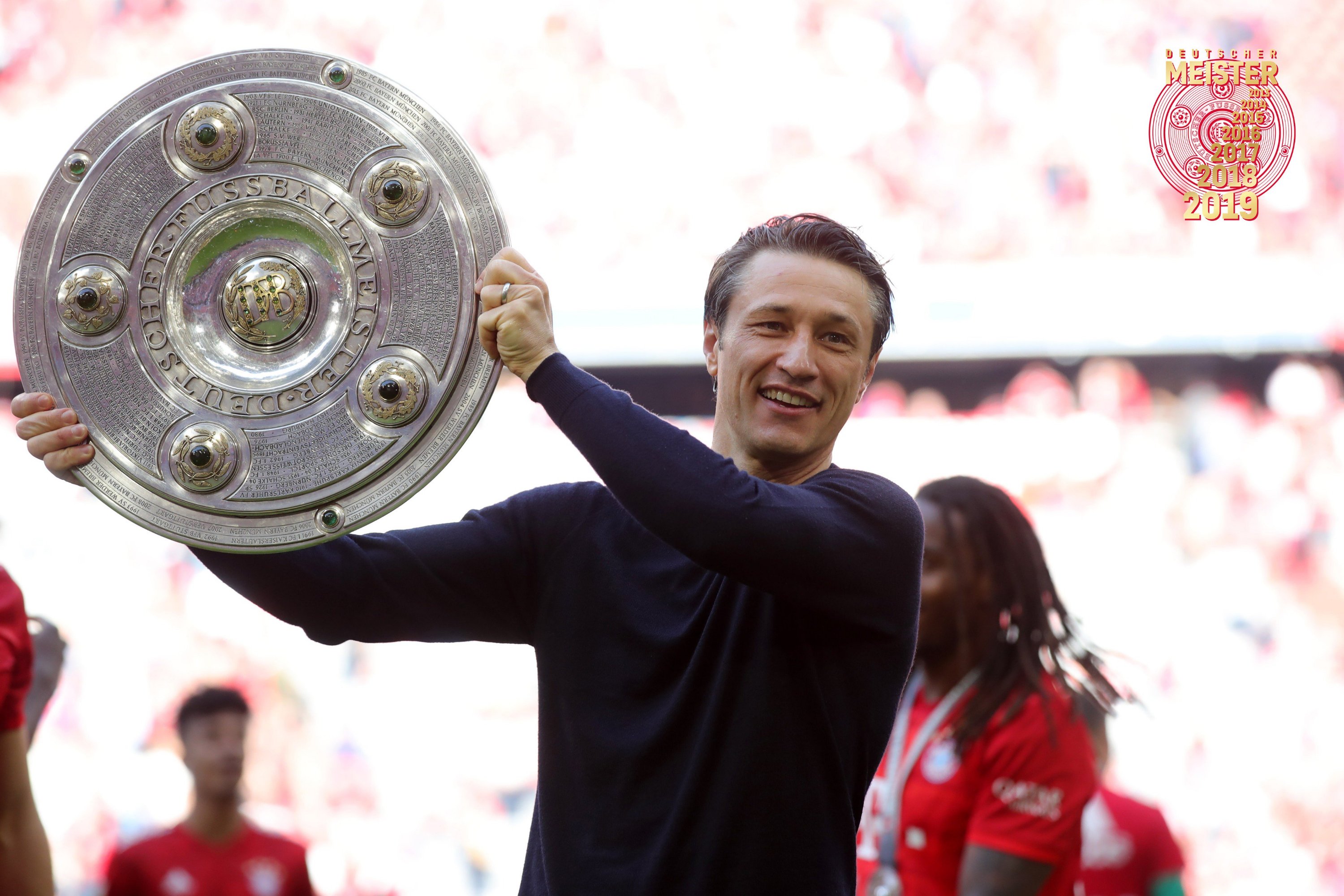 “It was no easy season by any means. What the team managed to achieve after a lot of criticism is significant. That is why I would like to thank them all,” Kovac told Sky after his team topped the standings with 78 points.

The five time European Champions can secure a domestic double if they beat RB Leipzig in the German Cup final on May 25.