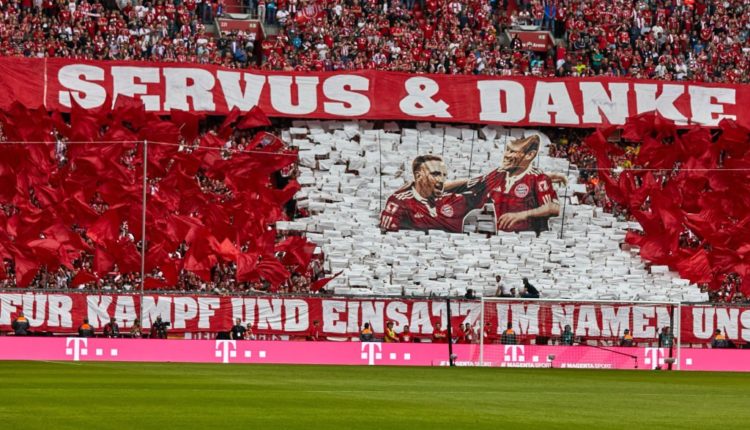 Frank Ribery and Arjen Roben have lit up European venues with their mesmerising performance mostly in Bayern shirts over a decade.

The pair showed heroics for the last time in Allianz Arena as they both depart from Bayern with latest Bundesliga title in an emotional farewell.

The two wingers, who have passed their prime time by the time were instrumental in cementing the German giants dominance in Europe and in Germany particular for past several years.

It was Robben’s 99th Bundesliga goal which made him to celebrate in ecstacy.

“Today was important,” the former Chelsea and Real Madrid star told bundesliga.com about his fairytale ending.

Arjen Robben scores in front of the Bayern fans one last time ??? pic.twitter.com/3Qund3iuHt

“You put everything into it and want to, of course, enjoy your last game here, in your own stadium with your own fans.

“This had to be something big along with the championship and it was a happy ending.”

Ribery, who has been with Bayern for last 12 years holds the club record for most titles won, with nine trophies including a champions league winning treble in 2012-13.

“It was tough, but the main thing is that we’re champions. That’s my last great moment in the Allianz Arena. 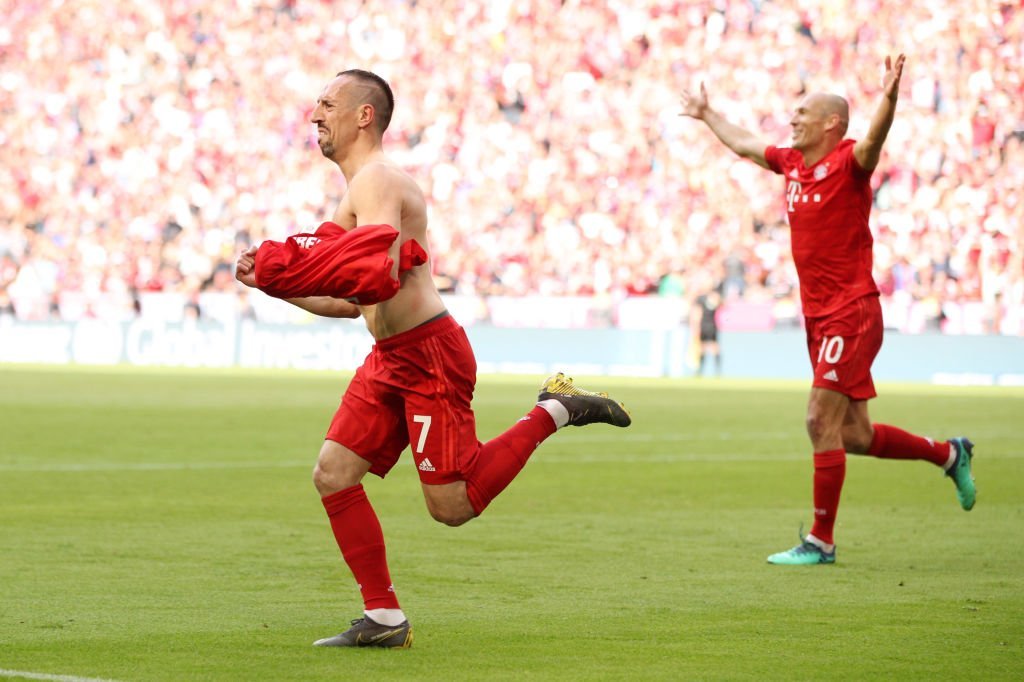 “What we achieved that year was crazy. When I came here my book was open, now it’s closed, but it’s what’s inside that’ll stay with me for the rest of my life.”

Fans displayed a tifo thanking the pair for their “fight and commitment for our colours,” and the two players looked close to tears as they and fellow departing veteran Rafinha were presented to the Allianz Arena for one last time.

Brazilian Rafinha who sealed a £5million move to the Bavarians back in June 2011, will become a free agent this summer as his Bayern Munich contract comes to an end.

Thanks for 8️⃣ unforgettable years, @R13_official ?

“They have defined an era here, and from an emotional point of view, I would have played them, but I have to make sporting decisions,” said coach Niko Kovac who won his first major title with the Bavarians.

Departing players are expected to make their final appearance for Bayern in the German Cup final against RB Leipzig next Saturday while there are reports for their move to Qatar or China after leaving Germany.