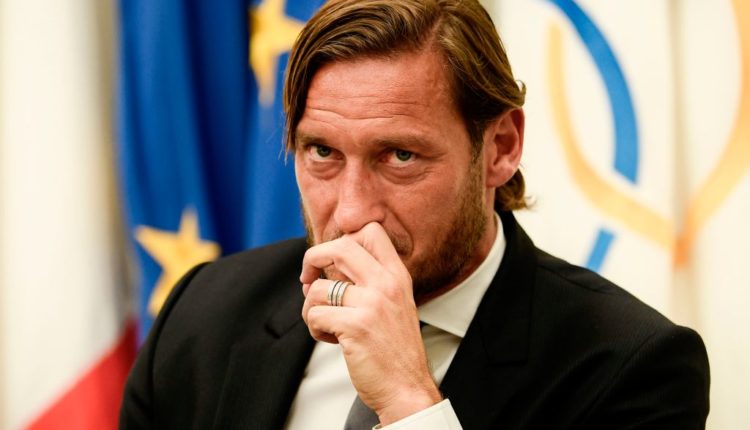 ‘Leaving Roma is like dying’- Totti quits club after 30 years

Francesco Totti says leaving Roma after 30 years is “like dying” after he resigned from his role as a director at the Serie A club.

The World Cup winner, 42, spent his entire professional career at Roma and hanged his boots in July 2017.

“At 12:41 on June 17, I sent an email to the CEO informing him of my resignation,” Totti said in an unprecedented press conference which lasted more than an hour.

“It is a day I hoped would never come.”

“I resign as a Roma executive,” said the Italian.
“I was hoping that this day never came, instead this ugly and heavy day has arrived.

“I never had the chance to work on the technical area with Roma.”

“I was never given the chance to work with the coaches,” the Roma legend said. “It is not my fault.

“They did not include me in any of the club’s decisions. Over the course of the last two years, I have only had ten meetings.

“They would only call me when there was a problem.”

He added: “This is far worse than retiring as a player. Leaving Roma is like dying. I feel like it’d be better if I died.”

“This is a club to be loved and supported,” he added. “There shouldn’t be pro-Totti, pro-Pallotta or pro-Baldini factions. Just Roma fans.

Totti’s departure from all roles in the club followed the retirement of veteran player Danielle De Rossi who recently ended his 18 year association with AS Roma. The club finished sixth in the Serie A last season to miss out a Champions League spot.

Man Utd in dilemma as Pogba seeks fresh challenge away