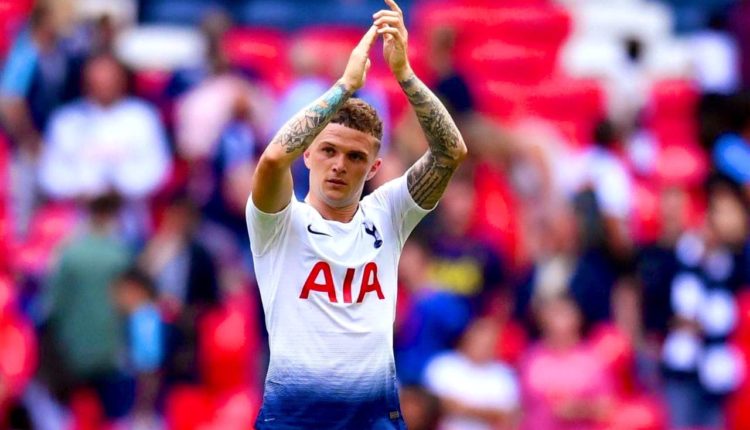 Tottenham’s England right-back Kieran Trippier is on the verge of joining Spanish side Atletico Madrid for a reported £20m.

The 28-year-old defender joined Spurs from Burnley in June 2015 and has played more than 100 times for the club, with his last appearance coming in the Champions League final against Liverpool in June. His contract was supposed to run out in 2022 which he was not sure about completing.

Los Rojiblancos had initially intended to try and bring Nelson Semedo to the Estadio Wanda Metropolitano, but Barcelona refused to give him up as part of the negotiations which saw Antoine Griezmann move to the Catalan side. Hence they turned their attention towards the English.

Trippier will arrive in Madrid either on Tuesday or Wednesday morning to undergo his medical examinations, and after he will join Atletico’s pre-season training camp in Los Angeles de San Rafael. He would become Atletico’s third major defensive signing of the summer.

Diego Simeone who is yet to win a Champions League with the Madrid side has already recruited centre-back Felipe from Porto and left-back Renan Lodi from Brazilian side Athletico Paranaense.

With Portugal striker Joao Felix brought in for £113m and midfielder Marcos Llorente arriving from city rivals Real for about £36m, Trippier’s arrival would bring Atletico’s total transfer spend so far this summer to in excess of £170m.

The La Liga runners-up did however receive £107.7m from the sale of France striker Antoine Griezmann to champions Barcelona.