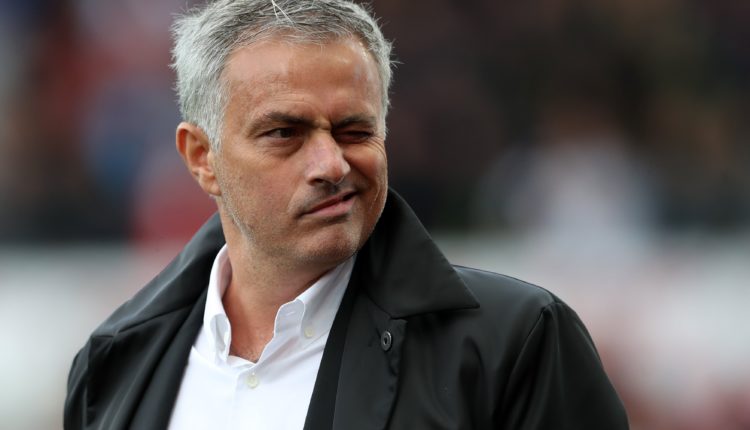 Jose Mourinho has been appointed Tottenham head coach after the sacking of Mauricio Pochettino on Tuesday.

Former Chelsea and Manchester United boss Mourinho has signed a contract until the end of the 2022-23 season.

“The quality in both the squad and the academy excites me,” said the 56-year-old Portuguese. “Working with these players is what has attracted me.”

Spurs chairman Daniel Levy said: “In Jose we have one of the most successful managers in football.”

Tottenham reached the Champions League final last season under Pochettino, but lost 2-0 to Liverpool in Madrid.

The Argentine, who was appointed in May 2014, did not win a trophy in his time in charge of the north London club, with Spurs’ last silverware being the League Cup in 2008.

1.89 – Jose Mourinho’s points per game ratio at Manchester United (1.89) was exactly the same as Mauricio Pochettino’s at Tottenham Hotspur in the Premier League (1.89). Replacement. pic.twitter.com/HUrTkXf3ue

Levy added: “He [Mourinho] has a wealth of experience, can inspire teams and is a great tactician.

“He has won honours at every club he has coached. We believe he will bring energy and belief to the dressing room.”

Having taken over at Manchester United in May 2016, he won the Europa League and Carabao Cup with them in 2017.

Mourinho was sacked by the Old Trafford club in December 2018, with the club 19 points behind league leaders Liverpool at the time, and had not managed another side before joining Spurs.

Jose Mourinho in 2015 🗣 "I could never manage Tottenham… I love Chelsea fans too much!" pic.twitter.com/jjZ1xAiwzi

He has also previously managed Portuguese side Porto, where he won the Champions League in 2004.

At Italian club Inter Milan, Mourinho won a league, cup and Champions League treble in 2010 and was named Fifa’s world coach of the year, while he led Spanish team Real Madrid to the La Liga title in 2012.

He takes over a Spurs side that are without a win in their past five games and have slipped to 14th in the Premier League, 20 points behind leaders Liverpool after just 12 matches.

The Portuguese’s first match in charge is a trip to West Ham United on Saturday (12:30 GMT kick-off).

Mourinho has turned down a number of managerial opportunities, including in China, Spain and Portugal, since leaving Old Trafford.