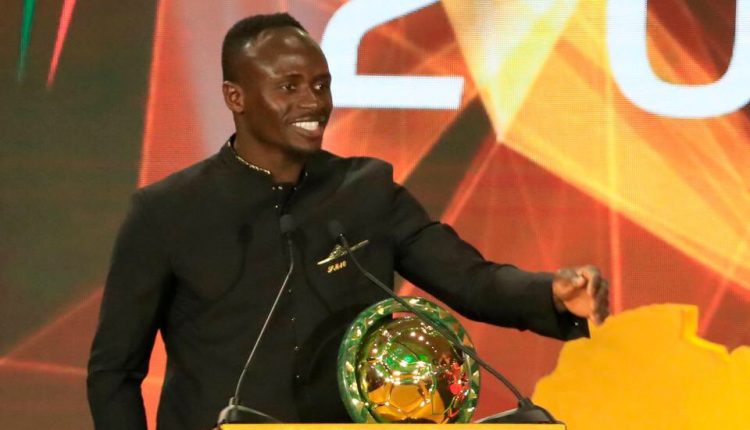 Liverpool forward Sadio Mane was voted as African Footballer of the Year for the first time on Tuesday after winning the Champions League with Liverpool and leading Senegal to the Africa Cup of Nations final.

Sadio Mane showing us all of the players that are better than him 🏆🇸🇳 #SadioMane #LFC #Liverpool pic.twitter.com/NvVC9gk1kW

Mane, 27, wins the award for the first time after finishing runner-up to his Liverpool teammate Mohamed Salah of Egypt in 2017 and 2018. He was third in 2016.

He is only the second Senegalese to win the award after El Hadji Diouf, who was the winner in 2001 and after joining Liverpool in 2002.

The people of Bambali in Senegal 🇸🇳 came together last night to watch the son of their soil Sadio Mane crowned as the African Player of the Year 2019.

A befitting moment for a talented player & most importantly to them a brother who makes them proud – a true Lion of Teranga. 🦁 pic.twitter.com/wEwS1P0eWe

“Football is my job, I love it. I am really happy and proud to win this award,” Mane said.

“I would like to thank all the Senegalese people, they push always me. I must also thank my (Senegal) coach, Aliou Cisse and Liverpool, all my teammates there.”

Mane finished ahead of Riyad Mahrez and Salah in a poll of national team coaches and captains and was handed his award at the Confederation of African Football’s annual gala in Hurgada, Egypt.

As was expected, Sénégal Captain and @LFC striker Saido Mané was last night named the African Player of the Year 2019. #CAFAwards2020 pic.twitter.com/cpIOYEM8UM

It is the second successive year that the top three are all from English clubs and only the third time since the award was introduced that the leading trio all play in the same league.

In 1991, the top three all came from French clubs.

Mahrez, 28, captained Algeria to Africa Cup of Nations success in July and won the Premier League with Manchester City. He was African Footballer of the Year in 2016.