An Elegy over Epic, a Silent Lament for Joy

The football landscape and its imagination in Kerala are gliding more towards Latin America. There may be or may not be a reason for the phenomenon. However, I understand this as a deviation from the European Masculine football towards the aesthetic beauty within Latin American football, which is a sheer example of the blend of beauty and aesthetics.

I am born into an unfortunate generation who couldn’t witness/experience the ecstasy of the game. My very first memory with Brazil is the 2002 WC. The squad under Scholari squandered the trophy. The amazing memory about Brazil is the Banana Kick by Dina against England.

I remember a long walk to watch the game. There were even plenty of instances in my life where simple power failure hampered my furor. It was strange imagining a small boy walking with a group of his elders, only to watch a match. A kid with mesmerizing sound inside his heart and passion all around his leg went in the darkest night alone to watch a Copa America Final.

My little eyes saw a beast, Andriano, scoring a goal against Argentina in the game’s final moment. Will there be a walk back to the Latin American landscape, or is it a problem of my matured eyes?.…

There are beautiful couplets in poetry, there are beautiful poems, and sometimes they won’t repeat. John Keats was a moment ceased and could never attain. As his ‘Gracian Urn’, everything remains as it is buried.

Meanwhile, a huge chunk of Argentine fans arose in abundance from mid 80 in Kerala, an important event in understating this imaginative landscape. After Granchina – Pele – Vava – Didi era, Brazil couldn’t win the major trophies. Brazilian team with a brilliant squad ( my favourite ever ), including Socrates, played a match that could experience ecstasy’s real flavour. In the 70s Brazilian team ultimately failed to showcase the trophies. Trophies were important for the Board Members. Trophy beyond the aesthetics marks the beginning of a new era in Brazilian football. Tactics could win trophies, not heart’s; still, there were shadows of inherent beauty.

Meanwhile, Argentina under Maradona and many others produced a magical spell without compromising beauty, the beauty within the game. Ortega, Batistuta, Riquelme, and now many, and Messi were the icons who continue their title-less journey in the aesthetic game. 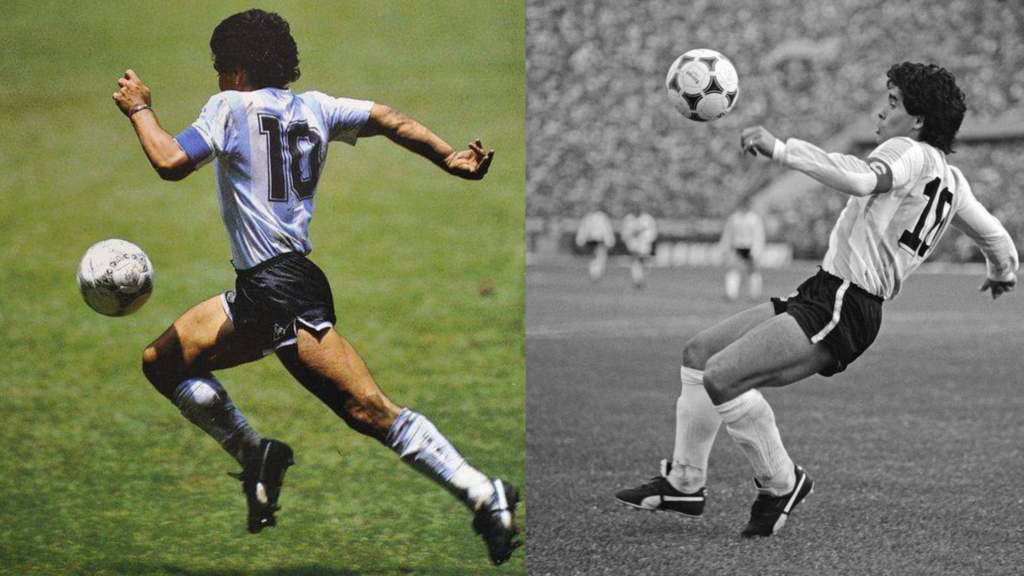 In the last few years, Brazil attained the beauty that was visible throughout the last world cup. Recent World Cups ( from 2006 )saw Europe dominating over Latin America. Being a curious football fan, two questions shook me violently.First, can Brazil win the game and hearts this time? Second, as both Euro and Copa are happening simultaneously, will Keralites embrace Europe over Latin America?

All eyes over a ball

Somewhere miles and miles away from the avenue, a group of people in the village in Kerala focused their ears to a single point, towards a universal language. Radio was the only means for them. Yet, they assembled there for single emotion. The fanatic history of love and passion towards football began from a radio commentary about the ongoing football match, geographically away and away from their homeland. Football as a game helped to universalize the game through its universal language. Or how else could something dope into your blood without the visual? How could you believe in an event happening far away from your land? The beauty of the universal language is the major factor in the demarcation of football throughout. People listening to a radio football match was an earlier image of football fanatics in Malabar. 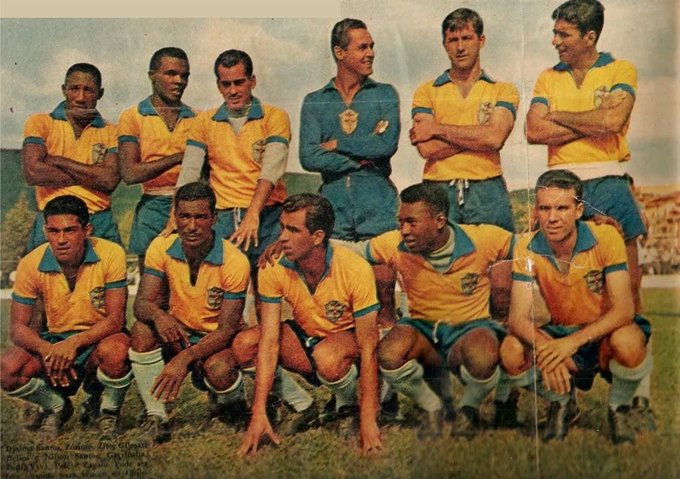 Latin American beauty of football is mainly celebrated in radio commentary. People hold their breath listen to every word of the commentators. Then they could imagine the beautiful match as if watching it in real. Later the print media replaces the role. Sarfraz, a friend from Wayanad, shared a story of his uncle, who could read the newspaper during the ‘86 world cup. He enjoyed the game reading the newspaper. He could completely grasp the game and its beauty, probably because of the power of written language and the strong sense of imagination. Then he could walk kilometres to find a household with a TV. He convinced the house owner to watch legendary Maradona playing to win against Germany. The intervention of television is another significant break.

How did they speak among themselves about football? What could have been their meter for heated debates before the era of television and social media? One thing is pretty sure people have debated about the game. That’s the only matter beyond the assumption. The entry of tv into the scenario makes a shift in understanding football. 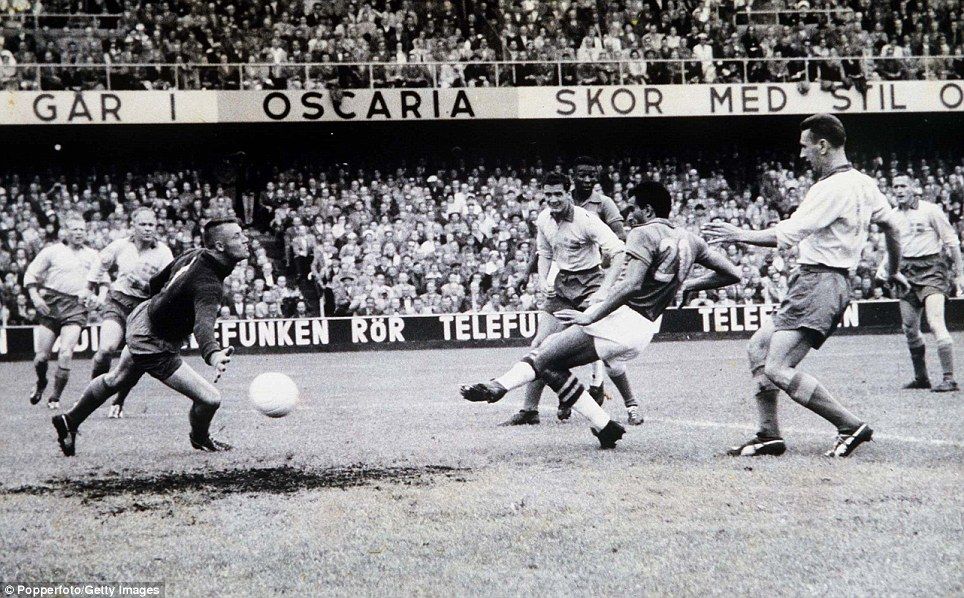 Fans started watching the football leagues as a part of their daily routine. Television democratized the art of seeing and provided the choice as well in the later phase. In their earlier days, people would assemble in a house with TV or in clubs to watch the single match or tournaments. Going to the club and watching games late at night with sound and haul is the best among memories of seeing. When David Beckham scored the goal from a penalty in the first round, my locality rained like cat and dogs. Being a small boy, I could walk a few kilometres to watch that game alone. Earlier, the art of seeing was limited to national level tournaments and World Cup. There is a clear trajectory of transformation in the art of watching and its transformation. Club Football matches provided spectators wider choice and it subtly played a role in changing their perspective and understating about the game. People could watch European League matches every day. English and Spanish leagues mainly dominated in this arena. People could watch their favorite players displaying the most beautiful form of art. Earlier it was only about limited choices. Europe and its league matches became the dominant part of every day of a football fanatic.

Europe and the Game

European football throughout the history has a tradition of being more tactical, physical and masculine with a very few exceptions. Being a spectator closely following the games, I could demarcate a few from the past and the present. Europe had been masculine and hyper-masculine throughout. Germany, Italy and their success stories in the history is a precise example while the Netherlands is an exception, but they weren’t pretty successful. Through Cruyff they developed a philosophy which was celebrated as total football. The famous Cruyff turn, the total football, and its different variants gave the game touch and flavour of art.

Post-Tiki Taka era witnessed an attempt for an aesthetic revolution in Europe. The successive winning streak in the history of the Spanish League by Barcelona with an aesthetically developed method inspired from Total football provided an overview. Later, this same Football gifted the Spanish National team a Euro Cup and World Cup in 2010. When it comes to 2014, there was a visible approach of deviation from the beauty of the game. A more pragmatic approach brought success to France in 2018, and to an extent, it is arguable that the Argentine team led by Messi in 2014 were also pragmatic. Still, is it possible to kill the beauty contained in it? I would say no! Latin Landscape and its game are inherently beautiful.

Best and Magical moment that sticks to me whenever we imagine a moment in a football match against Serbia through 26 passes, Riquelme stood alone as the architect of the goal. Maradona, a short man who didn’t satisfy the European physical standards, ran from his half dribbling six players and marked the goal of the century. What else could be the perfect aesthetic piece? When compared to the tradition of Brazilian aesthetic culture, it is possible to say that Argentines don’t have traditional ways like Jogo Bonita. Still, their legendary players carried (and still carries) magic within. 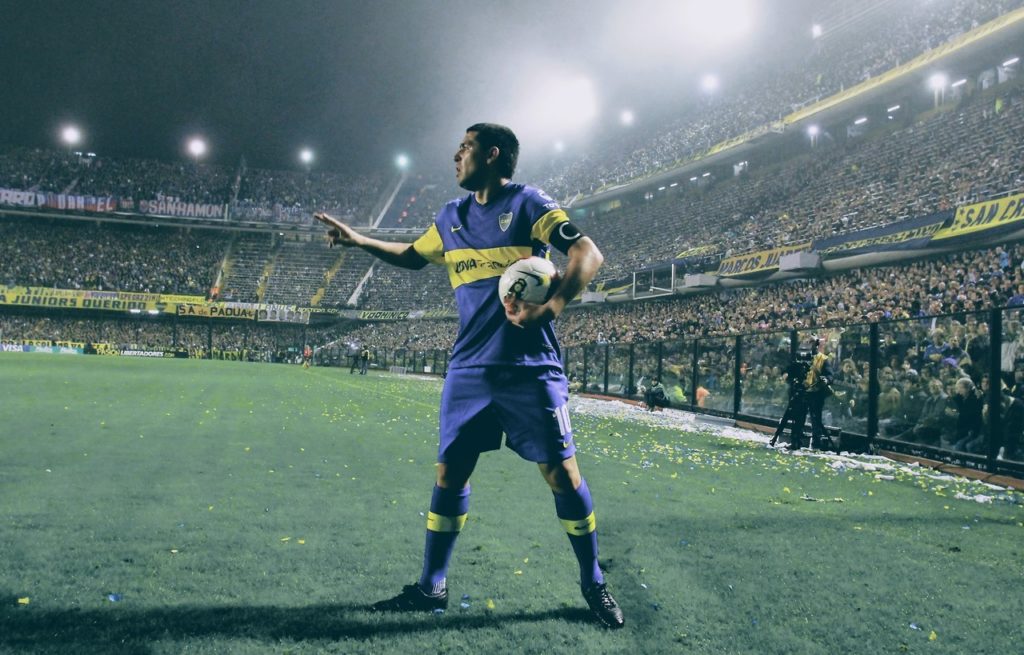 Jogo Bonita can be defined as a state of mind. The beauty followed the ecstasy; Jogo Bonito took Brazil to its glory. People from the farthest parts of the world enjoyed the game through Radio. Mario Zagallo is one of the legendary players who won 2 world cups, being the player of the team. Zagallo was the manager who implanted a practical technique by enhancing Jogo Bonita. As a coach, he successfully executed tactical superiority in the pitch. Under him, Jogo Bonito became beautiful and deadly, attained a kind of maturity of time. The rhythm of samba and to play beautiful was the historical Brazilian motto. Brazil played a beautiful game, which was never superior to the athletic and strategic methods. Brazilians exhibited beauty at its peak. The tactical mistakes in defense led to the collapse of Brazil’s best national team ever, which comprised Socrates and Zico. Italy defeated them for two against three. This reminds me of the famous Romanticist line, “A thing of beauty is a joy forever” here, ironically beauty could never gift joy the success. This was the last time Brazil could entertain the world. Never again!

In the early 90s, Brazil adopted more European tactics that could potentially bring them the trophies. Interestingly enough, Zagallo was there as an assistant coach. Brazil repeated the spell of success for the next ten years with two world cup titles, with one as runner-up. When it comes 2014, the team seemed to be physically strong. Even in the 90s and early 2000, there was a shadow of aesthetic beauty. The blow in 2014 appeared to be a wake up call for Brazil. There is a hope, a hope alone, at least for one time again, Brazilians will bring beauty along with joy. The change of game is hope for beauty. 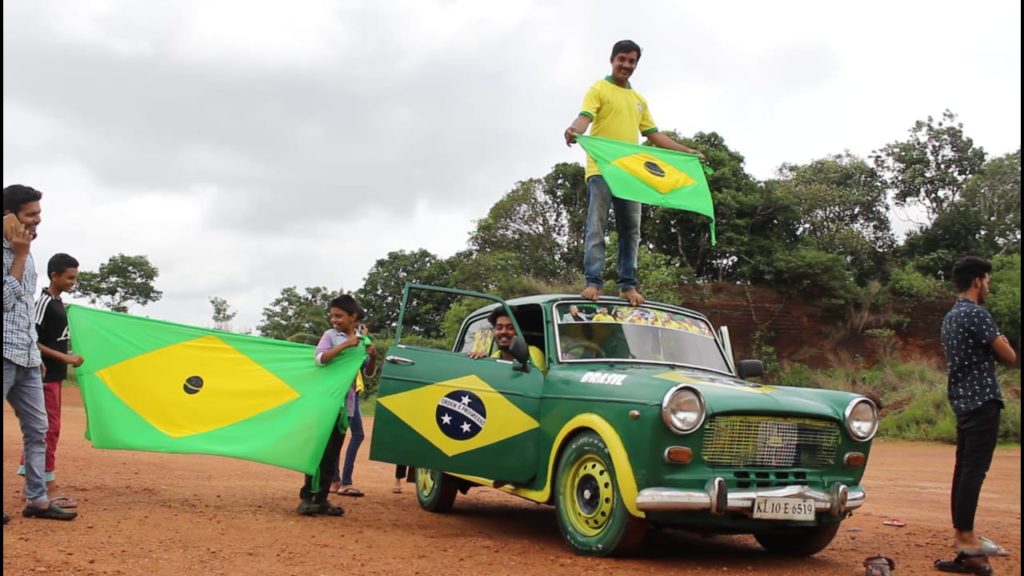 There is also radio alone in the corner with dust speaking the legacy!

The defining characteristic of Malabar includes being a Football fanatic. The region also takes pride in its very own football legends. Literally, every Malabarians enjoys watching or playing football. I love playing football more than watching. And Malabar is one of the few places in India where football beats cricket in popularity. It is a joy to see the sprouting of new soccer academies and programs for the next generation.

Now the entire scenario has changed, the way Malabarians understand, the way they see the game. I have seen people hauling around the television for the cause of football. They have been doing the same. In the midst of musings and hauling, there are people who watch the match with the flavour of nostalgia. The question remains, will the people Embrace Europe over Latin America.

The ball rolls again and again!

A freelance sports journalist based in Delhi who contributes to Malayalam and English publications.