Nobody, at least the Gooners, would have imagined their team going to Selhurst Park and winning a match without conceding a goal on a Premier League curtain-raiser night. Has Mikel Arteta found the right formulas and turned Arsenal into a winning machine? Even though it’s premature to state so, the perfect start to the season following a strong pre-season shows that the only Invincibles of the Premier League era have plenty to prove this season.

The Gunners showed resilience and character to defeat their usual hunters Crystal Palace 2-0, thanks to a Gabriel Martinelli strike in the first half and a late own goal by Marc Guehi.

Arsenal started the game brightly and showed glimpses of Wenger-era slick football in the opening period. Their constant pressing was rewarded when Gabriel Martinelli headed the game’s first goal in the 20th minute after a superb assist by new signing Oleksandr Zinchenko. The Brazilian, who had wasted a glorious opportunity earlier, made no mistake in poking the headed pass of the Ukrainian international into the top corner.

However, after an initial half an hour of chaos caused by the visitors’ pace, the hosts took the game onto their feet and threatened to find the equaliser at any moment. Odsonne Edouard forced Aaron Ramsdale to make a brilliant stop after Joachim Andersen’s header found him in the six-yard box just before the break.

The Eagles, buoyed by a boisterous home crowd, pressed forward in quest of an equaliser, but it was Arsenal who scored again, Marc Guehi heading Bukayo Saka’s powerful cross into his own net late in the match and easing the pressure on the visitors who held on to claim all three points.

New Season and New Hopes for the Gunners

In contrast to last season, when Arsenal fell 2-0 to promoted side Brentford on the opening Friday night, it was a different tale this time around beneath the lights in the capital of England. This was the first significant test of Arsenal’s ambitions of returning to the Champions League’s top four, and they passed it. With Aaron Ramsdale making a great save to deny Eberechi Eze early in the second half, Marc Guehi’s late own goal gave them a hard-fought victory that might lift the disappointing gloomy mood surrounding the club for at least half a decade. Last season, during the same fixture, Arsenal were drubbed by a superb Palace side 3-1, who later claimed a 2-2 draw at the Emirates.

Our Man of the Match tonight? 🏆

Jesus, who left Manchester City for a more significant role, almost scored in his official debut for the North London club when he received the ball on the edge of the penalty area, nutmegged a defender, and then dribbled around another. After a frantic Guehi saved his goal-bound effort, Martinelli pushed the rebound wide of the far post.

Martinelli’s opening goal came thanks to a slick corner routine involving Zinchenko and Jesus, who were both exceptional in the first 35 minutes of the match. Saliba, who joined Arsenal three years earlier but were on different loan spells, was a pivotal partner to Gabriel with his steady presence in the middle of the defence. 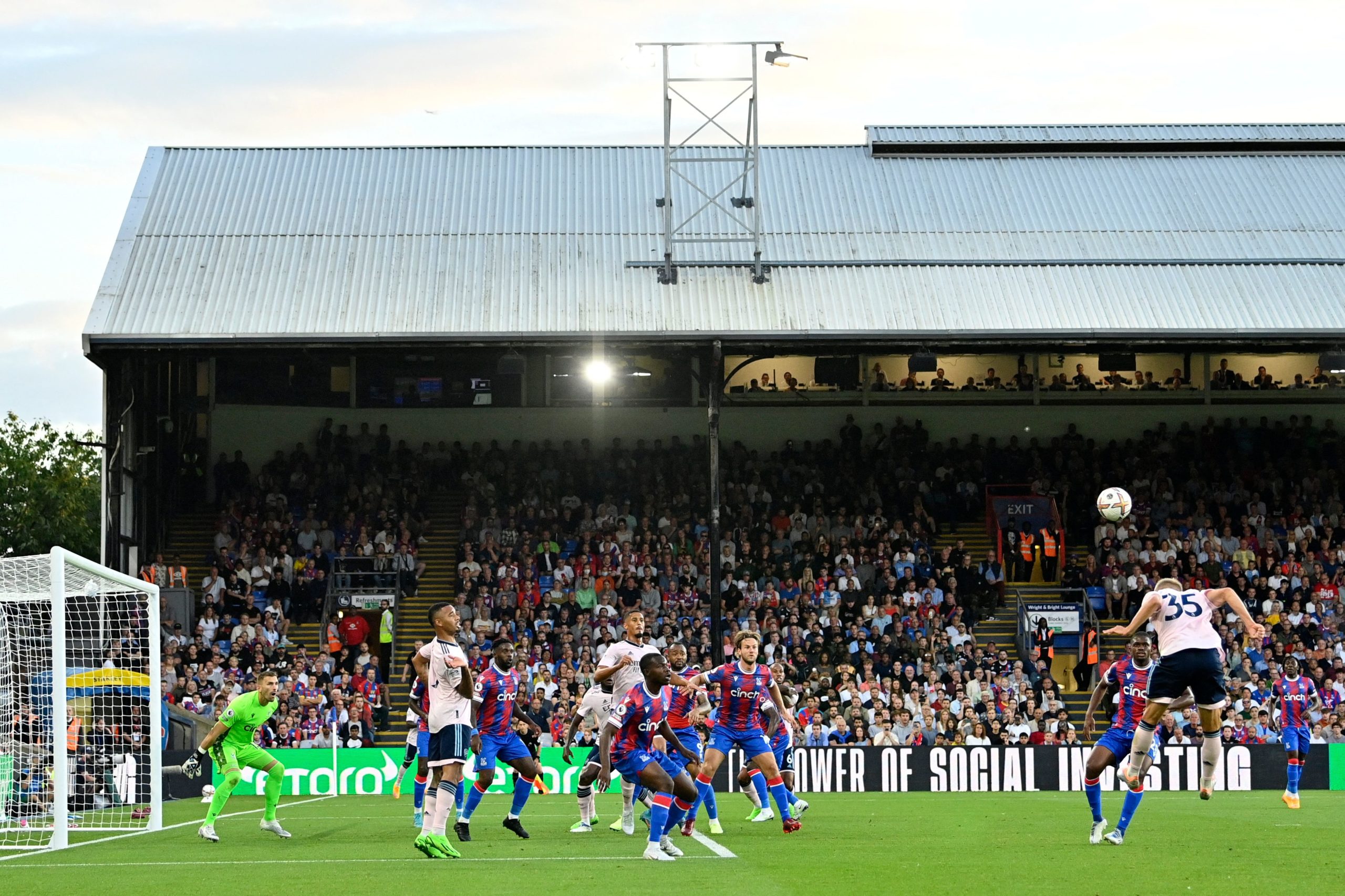 What the Managers said

Arteta was delighted to see his players dig deep to finish the match on a high amidst huge pressure in a noisy Selhurst Park.

“It’s a really good win. It’s a very difficult thing to do because they created an atmosphere here and they are a really good side. They created so many issues and we experienced that last season and to come here and win in the way that we did it, credit to the boys. I’m really happy.” The Spaniard said in the post-match interview.

The boss was very impressed with the way his new players responded to the hype they created during the massive pre-season.

“For William [Saliba], to ask him to come here in his first Premier League game away from home against this physical team is a big task and the way the boy played and the way he resolved every situation, he deserves a lot of credit, and I will pat his back because he was superb.

Alex and Gabby have the experience, and they’ve done it many, many times, but it’s still a new team, and the way they’ve adapted is impressive.” The former Arsenal skipper added.

Patrick Viera was understandably disappointed with the outcome of the match.

“The difference between the two teams today is that they scored those goals, and we created two really good chances to score,” he reacted after the match. “We were in a really good period in the second-half and we didn’t take our chances.

“Of course I’m disappointed, because I thought we could score a couple of goals today even though we didn’t create very much, but they took their chances and we didn’t.” The Arsenal legend told about the loss.