By FT Last updated Nov 24, 2021
0 261
Share
Al Dawsari’s stunner just 16 seconds into the game was the fastest goal ever scored in an AFC Champions League final and it sent Al Hilal on the way to adding the 2021 title to the Asian crowns claimed by the club in 1991, 2000 and 2019.
Marega added the decisive second 18 minutes into the second half to delight of the majority in the 50,171-strong crowd and ensure the Riyadh-based club now stand alone at the top of the continental honours list with one more title win than Pohang.
Both teams made one change from the semi-finals with Sin Jin-ho, an AFC Champions League winner with Ulsan Hyundai last year, returning from suspension to start for Pohang in place of Lee Seung-mo while Muteb Al Mufarrij replaced Ali Al Bulaihi for the Saudis. 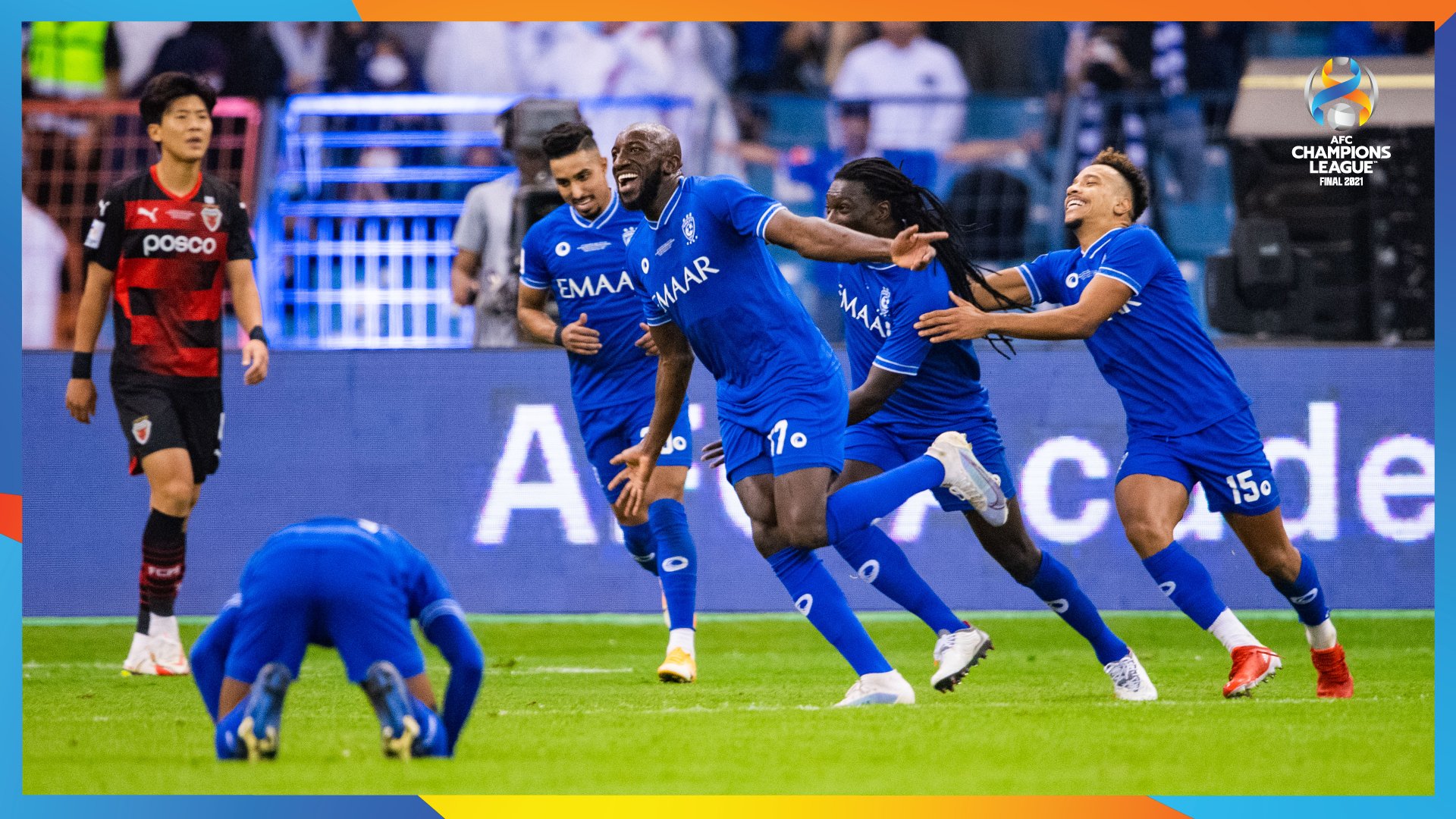 But Al Hilal could not have dreamt of making a better start with Al Dawsari picking up possession deep inside the Pohang half as he stooped to head the ball away from the outstretched boot of Mario Kvesic before striding purposefully towards goal.
In a flash the youngster unleashed an unstoppable left foot shot from 25 yards that seared into the top right corner of Lee Jun’s goal, leaving the Pohang keeper pawing at nothing but air. There were barely 16 seconds on the clock and already the Saudi side had the advantage.
Pohang settled into the game, with Sin hitting the woodwork in the 12th minute with a dipping shot from the edge of the area that threatened to drop over Abdullah Al Muaiouf, only to hit the frame of the goal. The rebound fell to Lim Sang-hyub, but the goalkeeper had recovered quickly enough to deflect the shot wide with the inside of his thigh.
Marega threatened for Al Hilal, cutting back for Bafetimbi Gomis to slide his effort across the face of goal while Kwon Wan-kyu’s header at the other end was straight into the hands of Al Muaiouf. With a one-goal lead, Al Hilal pushed to increase their advantage and, after Gomis had seen an earlier shot blocked by Alex Grant, the Saudis doubled their cushion in the 63rd minute.
Gomis’ perfectly weighted through ball allowed Marega to go one-on-one with Jeon Min-gwang and the former FC Porto man outmuscled his opponent before striking across Lee and into the far corner.
Al Hilal kept probing, looking for a third, with Gomis shooting across goal with 10 minutes remaining as he sought to keep his personal quest for the tournament’s golden boot alive.
But while the Frenchman fell short, the Saudis took a deserved win that sees them stand alone as the most successful club in Asian football.

Ronaldo, Sancho on target as Manchester United cruise into Last 16