With its injured super star Neymar watching from the stands at a packed Maracanã Stadium, Brazil beat Peru 3-1 on Sunday to win its first Copa America title since 2007.

It was Neymar’s replacement, Everton, who played a key role in the victory as he scored a goal and set up another to give Brazil a deserved victory.

Neymar and his son sat close to Brazilian president Jair Bolsonaro among the crowd of nearly 70,000 at the Maracanã.

Everton Soares has been awarded Man of the Match for the 2019 #CopaAmerica final against Peru. The Little Onion scored Brazil's 1st goal and won a penalty for Richarlison to score the 3rd goal at the stoppage time. Truly deserved winner, to be honest!? pic.twitter.com/IKtxLlSdwy

Gabriel Jesus also scored one goal and assisted another before being sent off on an incident packed night. The Manchester City forward assisted Everton to open the scoring with a volley before scoring the crucial second goal to set up a pulsating second half.

Veteran striker Paolo Guerrero had given Peru who was looking for a second trophy since 1975 some hope when he found the leveller from the penalty spot minutes before Jesus struck to put the hosts in front again before the break. 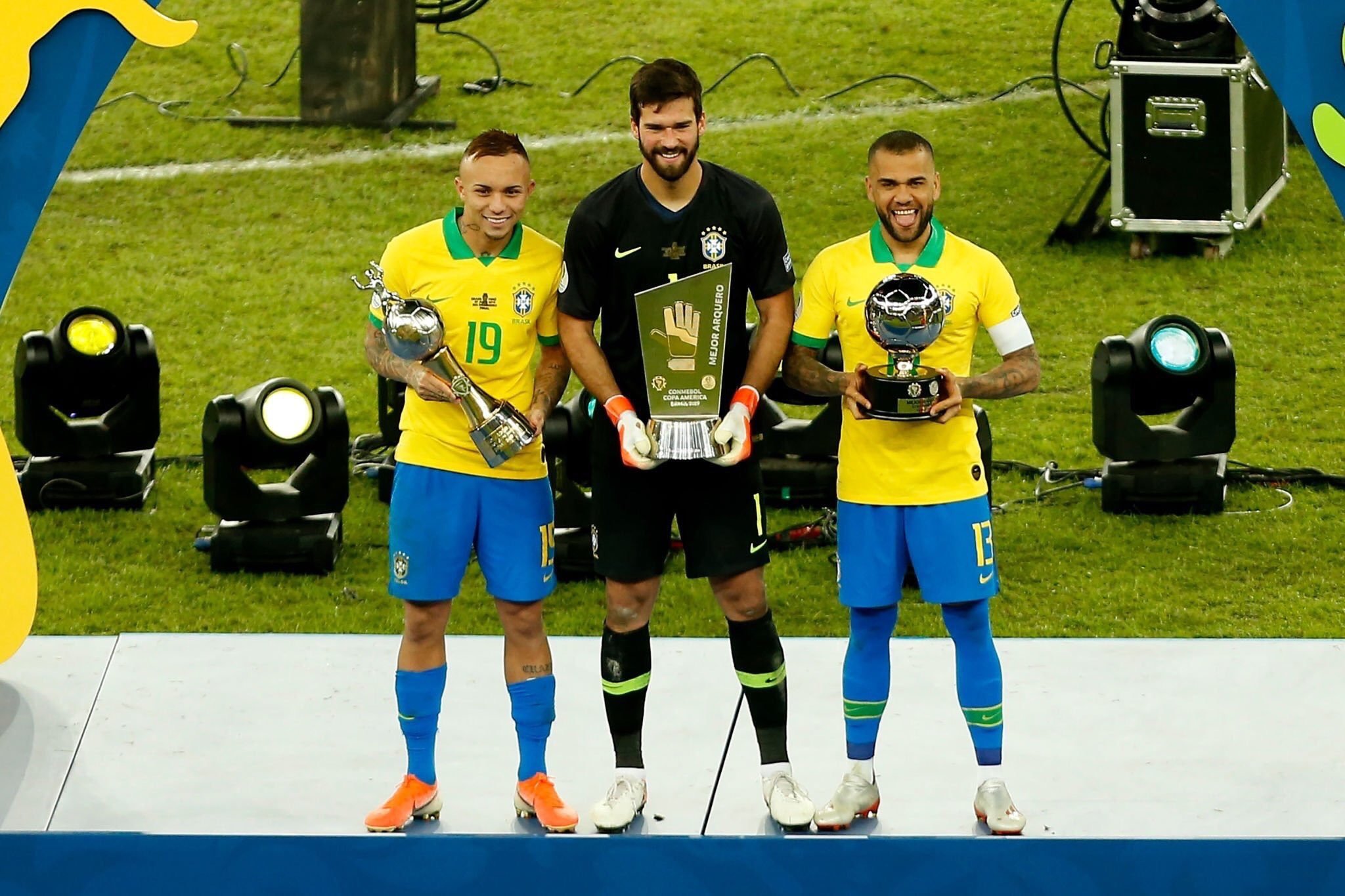 Jesus was shown a second yellow with 20 minutes to go as he left the pitch in tears kicking a water bottle and then pushing over the VAR monitor while the match was hanging on with a narrow lead for the home side.

But Jesus’s Premier League mate Richarlison, who had missed a few matches because of the mumps, sealed the victory converting a penalty kick in the 90th minute after Everton was fouled.

This is the nineth time Brazil win the South America’s elite tournament. The fifth crown at home is a great moral booster for the five time world champions which will regain the confidence of some supporters following its quarterfinal exit at the 2018 World Cup in Russia.

It will also ease the pressure on coach Tite, who had been criticized for his selections and the team’s lackluster performances since he took over.

Brazil hadn’t made it past the quarterfinals of the Copa América since beating Argentina 3-0 in the 2007 final in Venezuela. It didn’t even get past the group stage in 2016.

The last time it won the Copa América at home had been in 1989, when Romário scored the winner against Uruguay at the Maracanã.

Brazil’s only other trophy since 2007 came in the 2013 Confederations Cup, also at home.