A little boy at the beginning and a fat man in the end that was Barcelona in the Summer football transfer 2022. Inside the high-up transfer saga of Barcelona.

Last week of February, when the ‘here we go’ man Fabrizio Romano posted a video “Lewandowski: that crazy week, Xavi and all the details”, announcing the placement of a verbal contract between Barca and Lewa’s agent Pini Zahavi, it’s almost a crazy ending to a crazy week. “All he wanted was Barca”, Romano said.

Zahavi’s bond with Barca president Joan Laporta, says Romano- favored the deal with Barca over the negotiations of many others including Chelsea and Paris Saint Germain who were looking for a top number 9. Romano also revealed relentless direct contact between Xavi and Lewandowski. “Xavi has discussed his ideas and projects with Lewandowski, he has the plan”. It seems the Barcelona coach and management have thoroughly worked out the Lewandowski deal.

A deal of 50 million euros (45+5) is said to be placed between Barca and Lewandowski. It was a day before Brazilian young star Raphinha joined the Catalan side from Leeds United. Barca made a contract worth 55 million euros with the 25-year-old Brazilian who has a fashionable record of 17 goals and 12 assists from 65 appearances for Leeds.

Barca Management has high hopes with Raphinha in rebuilding the team; a Baner posted on social media handles of Barcelona featuring Ronaldinho and Raphinha side-by-side, a representation that seeks to stimulate the root connection of Brazilian Joga Bonito with Barca- confirms the same. 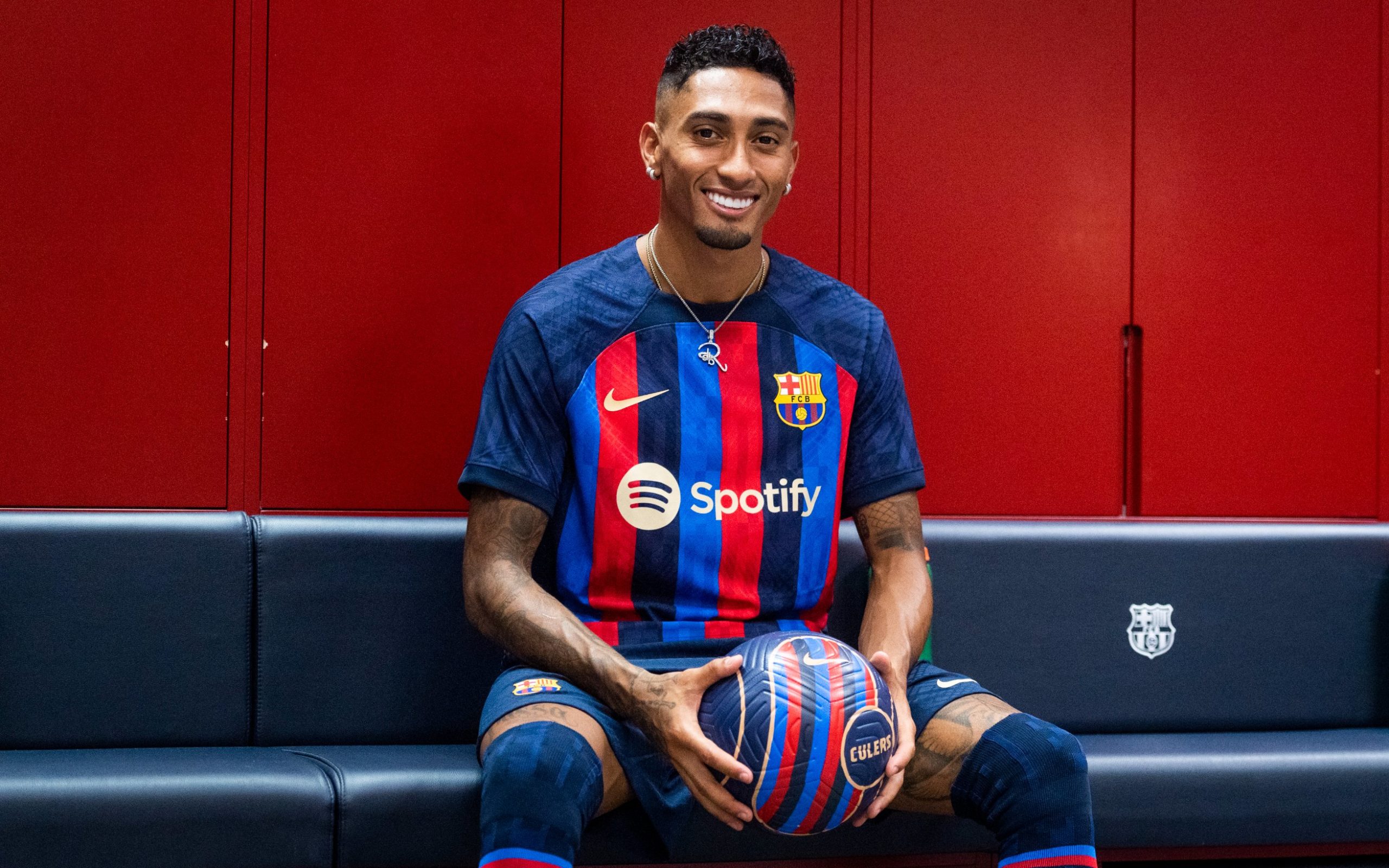 He walked with Laporta to the training ground of Barcelona for his official presentation before fans in the new Spotify stripes. Raphinha deal was breaking for Barca, even as they deal with the Polish striker, Robert Lewandowski.

A little boy at the beginning and a fat man in the end that was Barcelona in the Summer football transfer 2022. Barca was way less than “favourites” for the dynamic deals and negotiations revolving around the realms of the transfer window. They were the least expected in the ‘here we go’ pop-ups until February, given their pitiable economic distress and debt crisis.

Barcelona earlier sealed the deals with Chelsea and AC Milan for Christensen and Kessie, adding 85 million euros to the squad value. Questions have been already raised as to ‘what’s inside Barca’s high-up transfer saga. Spotify deals reportedly worth 280 million euros and the economic leverages announced by Laporta seem to be at work for a while.

Four years’ colossal deal with Spotify consequentially leads Barca to change their stadium name to ‘Spotify Camp Nou’ first time forever in their history. Spotify’s name will be stamped on the front of the men’s and female jerseys of the club for the aforesaid period. Barca also has agreed to sell 10 percent of the La Liga TV rights to a US-based global investment firm ‘sixth street’.

“We are activating economic levers and executing on our patient, sustainable and efficient strategy to strengthen the club’s financial footage”, Laporta saying this, a situation has come to believe that Barca management is sensing the inevitable. Still, beyond the conundrum and complexities around the financial detailings of the market, Fans are looking forward to seeing what Lewandowski, Raphinha, Kessie, and Christen can contribute and take Barca back to the winning ways.