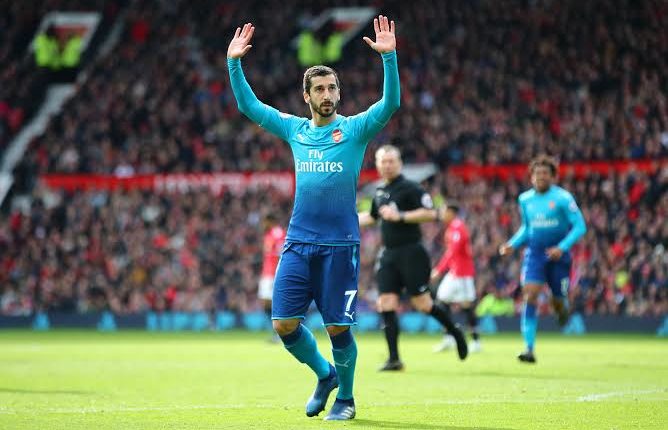 Midfielder Henrikh Mkhitaryan has joined Roma on a permanent basis after his contract with Arsenal was terminated by mutual consent.

I‘m delighted to announce that I’ve permanently joined the #giallorossi 💛❤️🐺👊🏻 I‘d like to thank @arsenal , its personnel & the millions of #gunners all whom supported me over the past 1,5Y. A special thanks to A. Wenger for having brought me to the club and for his trust in me pic.twitter.com/KD8QJuhAbT

The Armenia international spent most of last season on loan with the Serie A side, scoring nine goals in 27 games.
Mkhitaryan, 31, joined Arsenal from Manchester United in January 2018, in a swap deal with Alexis Sanchez.

He went on to score nine goals in 58 games for the Gunners, helping them reach the 2019 Europa League final.

Barcelona braces for life after Messi: A feature report

Morata undergoes medical ahead of expected return to Juventus

Morata undergoes medical ahead of expected return to…

Ronaldo stars as Pirlo starts with win at Juventus