Mesut Özil married his fiancee Amine Gülşe in Istanbul on Friday with Turkish President Recep Tayyip Erdoğan as the marriage witness at the wedding ceremony.

Özil, 30, who is of Turkish origin, sparked controversy last year when he was photographed with Erdoğan, raising questions about the footballer’s loyalty to Germany on the eve of their disastrous 2018 World Cup campaign.

The Turkish leader arrived in the early evening for Friday’s ceremony at a luxury hotel on the banks of the Bosporus to see the Arsenal midfielder ties knot with Gülşe who is a former Miss Turkey winner.

A smiling Erdoğan and his wife Emine were seen standing next to the young couple as their marriage was formalized.

The ceremony was held at the Four Seasons hotel, a restored 19th-century Ottoman palace, by the Bosporus Strait, known for its terraces above the water, separates the European and Asian sides of Turkey’s most populous city. 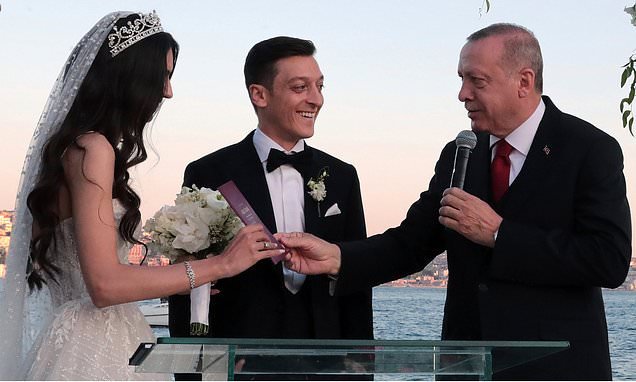 Ahead of the wedding, Özil asked fans wishing to give gifts to donate to a charity that pays for operations for poor children. The couple also made a hefty donation to the Turkish Red Crescent (Kızılay) to be spent on war victims and refugees.

The aid organization used the donation to provide dinner to some 15,000 Syrian refugees and Bayırbucak Turkmen from northern Syria.

After 92 appearances for Germany, including a key role in the 2014 World Cup victory, Özil quit the national squad last July, following a wave of xenophobic and racist attacks against him before, during and after German national team’s collapse at the 2018 World Cup. 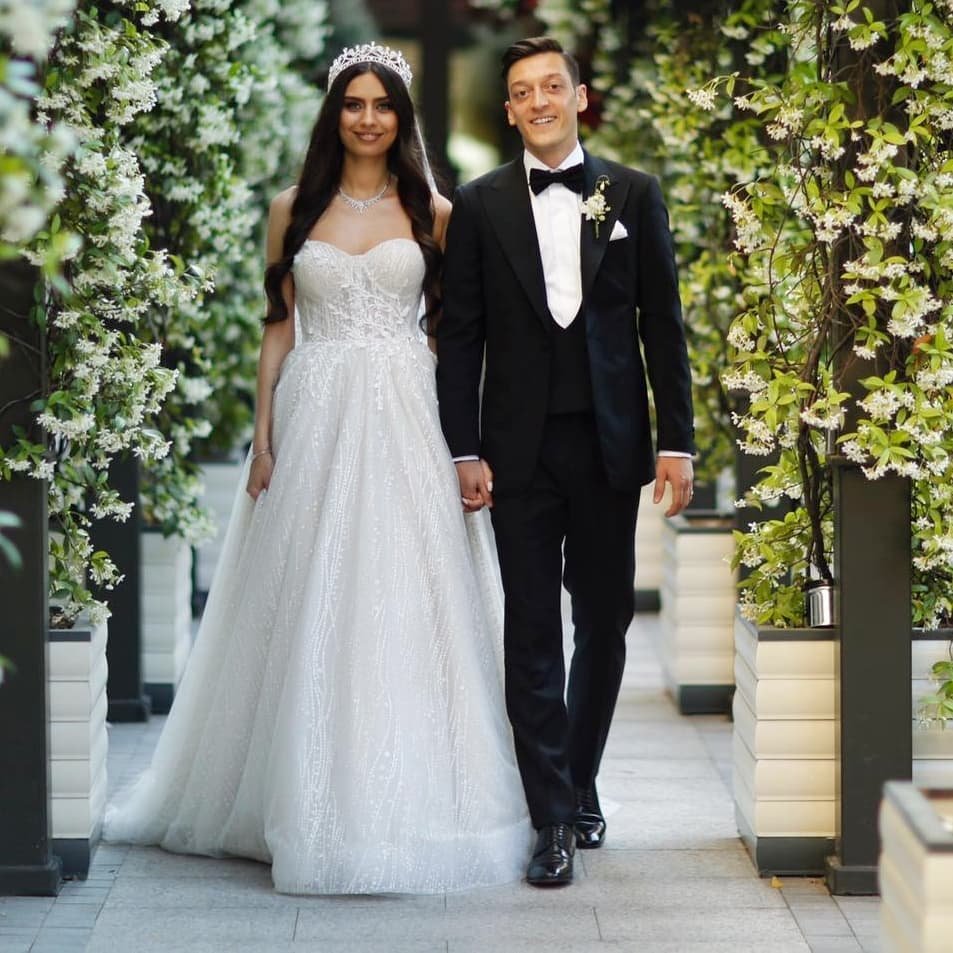 Özil announced in March that he had asked Erdoğan to be his witness.

German Chancellor Angela Merkel’s chief of staff Helge Braun was part of a chorus of criticism of the invitation.

Braun told the Bild newspaper then that it “makes one sad” that Özil would make a such a move despite having already been sharply criticized by the German public over his first meeting with Erdoğan.

Özil has dated Gülşe since 2017 and the couple announced their engagement in June 2018.

The footballer, a third-generation German, whipped up a political storm, including racist abuse, when he was pictured alongside Erdoğan last May.

Criticism intensified after the red-faced defending champions crashed out of the first round of the World Cup in Russia.

In the wake of the World Cup fiasco, Özil announced his retirement from the international football citing discrimination and racism for being a Muslim with Turkish origin.