Even though it was only the third game of the season for both teams, Jadon Sancho and Marcus Rashford scored goals on either side of halftime to give Manchester United and manager Erik ten Hag a huge three points. Mohamed Salah scored a late goal for Liverpool, but Manchester United held on for the victory.

As predicted before the game, a sizable group of United supporters displeased with the club’s direction under American owners, the Glazer family demonstrated outside Old Trafford. 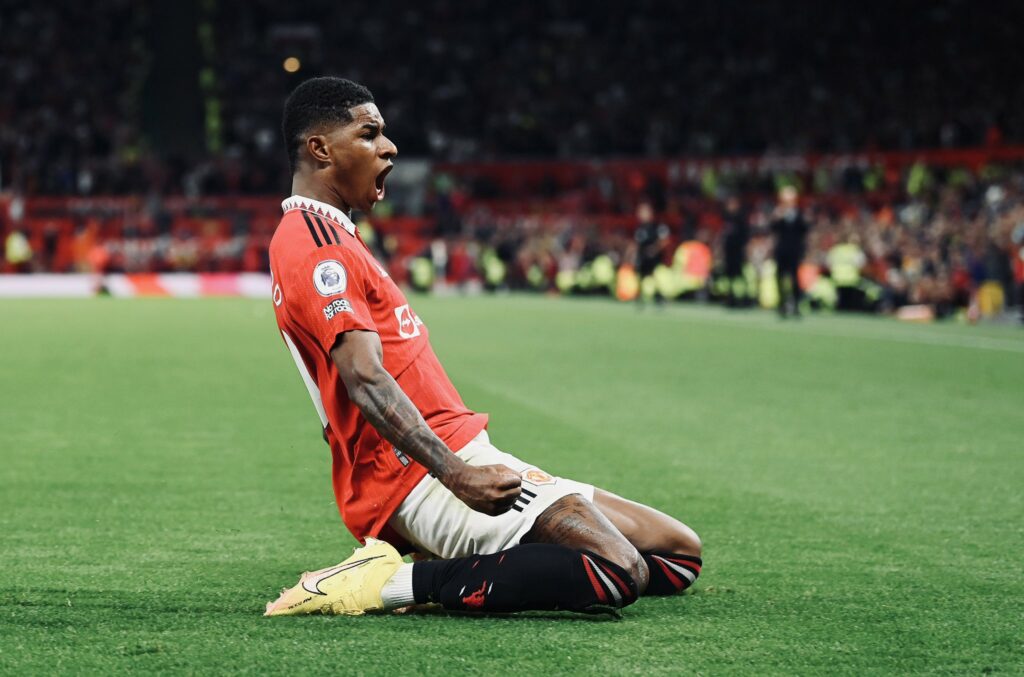 United took the lead in the 16th minute when Sancho received a pass from Anthony Elanga in the centre of the penalty area, gathered himself, and calmly fired past Alisson to give United the advantage.

United defended admirably for the remainder of the first half, limiting Liverpool’s opportunities, and led 1-0 at halftime.

Rashford extended the home team’s lead immediately after the resumption of play with a beautiful finish past Alisson on a through pass from Anthony Martial that left him with just the goalkeeper to beat.

Throughout the remainder of the second half, the Old Trafford crowd screamed in support of their club, and Liverpool were surprisingly bereft of solutions as they sought a way back into the game.

Liverpool’s Mohamed Salah scored from close range in the 81st minute to cut the deficit in half and create a tense end for Manchester United, but Jurgen Klopp’s squad was unable to get the equaliser and remain winless this season.

Rashford’s return to scoring and form was particularly encouraging for Ten Hag, but he will also likely be pleased with the performances of two of his new acquisitions.

Lisandro Martinez and Raphael Varane were brilliant in the centre of the defence, while Tyrell Malacia, who was selected ahead of Luke Shaw at left back, was tenacious throughout.

📊 Mohamed Salah has now climbed to outright eighth on Liverpool's all-time top scorers list. The No.11 netted his 159th goal for the Reds against Manchester United on Monday, which lifted him clear of Michael Owen, who bagged 158 during his time at Anfield. #lfc [lfc] pic.twitter.com/1SkAL44kb7

“We may discuss tactics, but the mentality is everything. Communication and fighting spirit were present, “Ten Hag remarked. “I desired a different approach and mentality, and that is precisely what they brought to the field. It is merely a beginning. We can play with far more composure and threat. Being a team and having a positive attitude is what we observed today.”

Casemiro was unveiled prior to the match and watched from a box after completing his transfer from Real Madrid on Monday.

The result pushed Ten Hag’s team off the bottom of the table into 14th, while last season’s second-place finishers Liverpool, whose 21-game Premier League unbeaten streak was ended, sit in 16th with just two points from their opening three games.