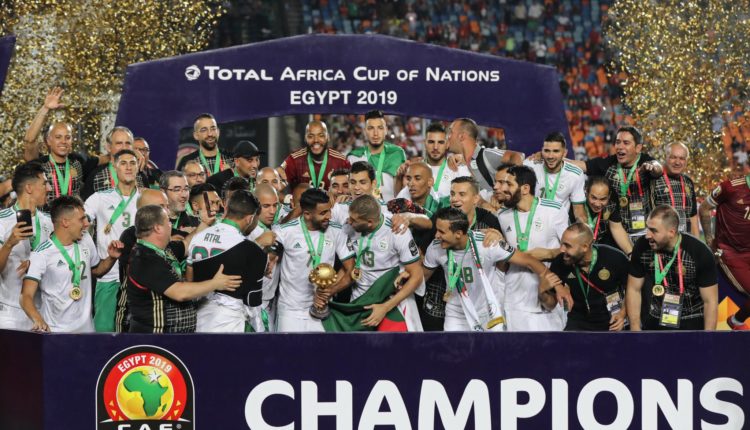 An underwhelming Africa Cup of Nations came to a conclusion on Friday in Cairo, Egypt, with a fittingly uninteresting final for the most part.

Algeria, who won their one and only AFCON back in 1990 in their home country, took on Senegal, who were making just their 2nd appearance in the final, after their heartbreaking 2002 loss to Cameroon on penalties.

This AFCON final was headlined by 2 Premier League stars on either side of the pitch, in Manchester City’s Riyad Mahrez, who’s stunning free-kick sent Algeria to the final, and Liverpool’s Sadio Mane, who scored 3 times for Senegal en route to the final.

While they were the 2 biggest names on the pitch in terms of pedigree, neither player made the expected impact in this gritty, physical final which was decided by the slightest of margins. The winning goal came within the first 3 minutes, where Algeria striker Baghdad Bounedjah rifled a shot from 20 yards out, which took a strange deflection off the defenders foot, looped high up into the air, well over the goalkeepers head, and into the bottom corner.

OFFICIAL: Ismaël Bennacer has won the #AFCON2019 Player of the Tournament award. pic.twitter.com/otSKgt1SFh

The goal was hardly noticed by spectators, who seemed to think the ball was heading out of play, and it seems the commentators thought the exact same, as the reaction was delayed by essentially everyone.

From there on out, Algeria did well to close up shop and deny Senegal any space to work with, although they faced some criticism for their aggressiveness, as they racked up a ridiculous 32 fouls. At the end of the day, Senegal dominated the match, but it was Algeria’s early goal, which came from their only shot of the entire match, that won them their 2nd AFCON.

Algeria did very well in the tournament, as they were handed a very difficult draw throughout the knockout stages, having to topple African giants such as Ivory Coast and Nigeria en route to their title. It was also a bit of redemption for the Desert Foxes, as they win an international trophy just a year removed from the 2018 FIFA World Cup, which they failed to qualify for.

Senegal Vs Algeria: Sadio Mane-Riyad Mahrez Face Off In…