Robert Lewandowski’s superb header put the newly crowned Bundesliga champions in front before Kingsley Coman fired home in the second half to double the lead. 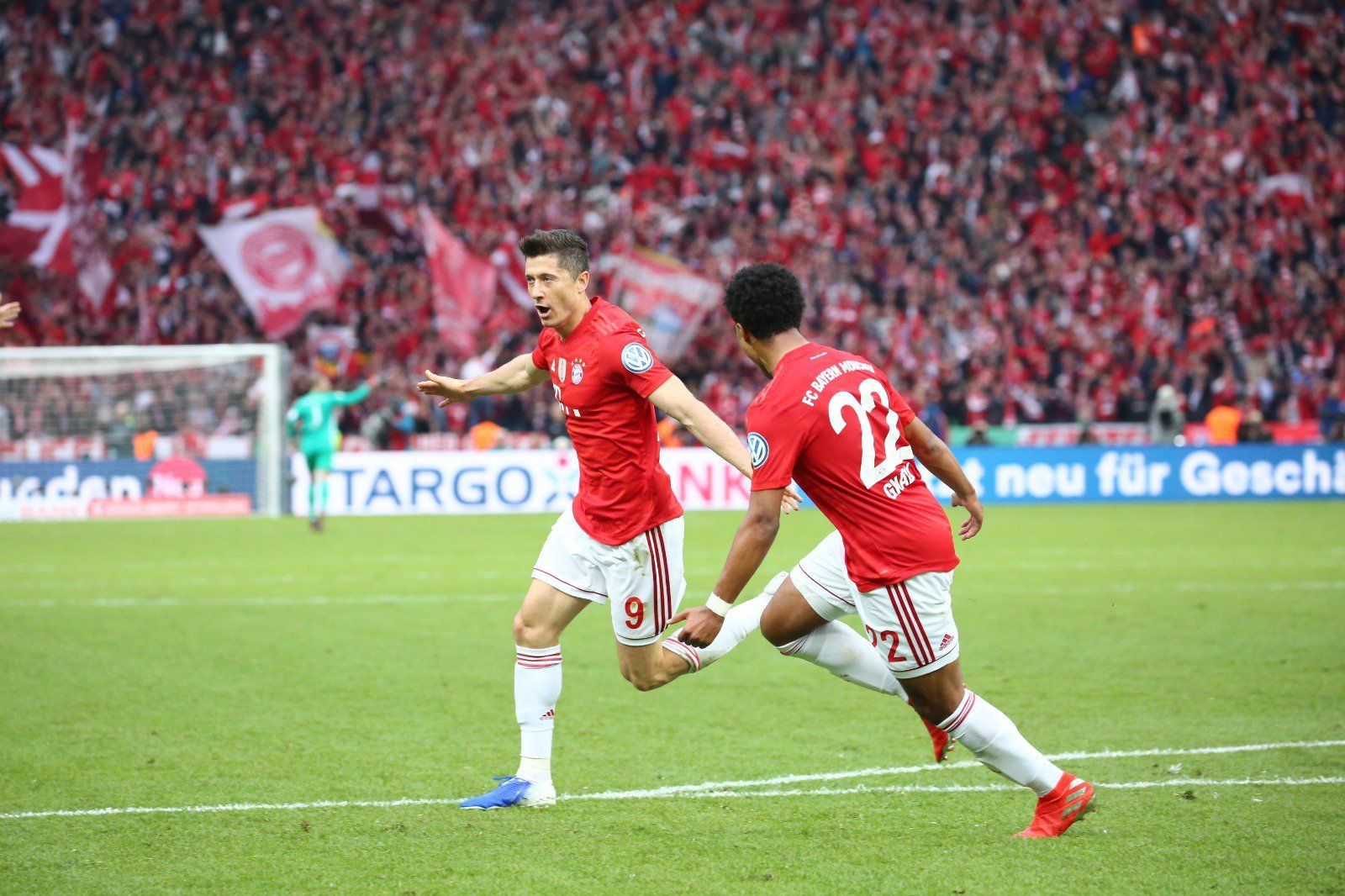 Lewandowski then added a late third with a deft chip over keeper Peter Gulacsi following a powerful solo run.

Leipzig, who started the better of the sides, did have chances at the Olympiastadion but an inspired Manuel Neuer stood in their way.

The Germany goalkeeper, who was making his first appearance since 14 April, was alert to tip Yussuf Poulsen’s header onto the bar in the opening moments and he made a fine stop to deny Emil Forsberg early in the second half, too.

But there were other chances for the Bavarians as Gulacsi saved well to keep out a swerving effort from Mats Hummels while Arjen Robben, who was making his final Bayern appearance, blasted over from close range with time running out.

Franck Ribery followed Robben with a farewell appearance as the Frenchman is also set to leave Bayern this summer after spending 12 years.