Ghana defeated South Korea 3-2 in a World Cup Group H battle at a packed Education City Stadium on Monday, keeping the Black Stars in contention for a place in the last 16.

Ghana took the lead against the odds in the 24th minute when Mohammed Salisu scored from close range after South Korea failed to clear a free kick, and Mohammed Kudus added a second with a looping header to give the African nation a 2-0 halftime lead. 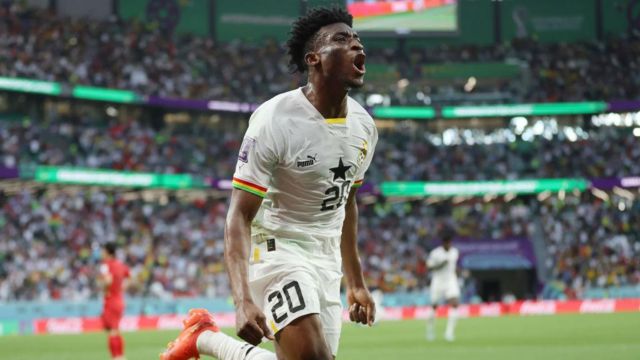 South Korea, on the other hand, came roaring back with two daring Cho Gue-sung headers three minutes apart to tie the pulsating contest.

In the 68th minute, Kudus was left unmarked in the penalty area and tapped home past a diving Kim Seung-gyu.

Ghana, the tournament’s lowest-ranked team at 61st, is second in the group standings with three points, followed by Uruguay and South Korea on one. Portugal topped the group with six points after defeating Uruguay 2-0 on Monday. Cameroon Roar Back to Draw Serbia 3-3