Brazil advance to the round of 16 of the World Cup as they beat Switzerland 1-0 in a not-so-thrilling match at Stadium 974, Doha. The five time champions played without their star player Neymar as he got injured in their last match against Serbia. Right back Danilo was also not in the starting eleven. Fred and Militao played in their absence. Brazil’s play style was not so free-flowing compared to their usual play. They played a 4-3-3 formation against the Swiss.

Brazil have failed to have a shot in the opening 20 minutes for a second consecutive World Cup game. Before this, they’d only failed to do so in two of their previous 29 games in the competition. After the first half, the score was 0-0 as both sides couldn’t convert their chances to goals. Swiss looked dangerous at times in the first half, but Brazil’s performance in the first half was not convincing compared to their usual one.

Brazil made an attacking change before the second half began as Rodrygo came in for Paqueta. Also, Fred was subbed in 58th minute and Newcastle’s Bruno Guimaraes replaced him in the middle. In 64th minute, Casemiro threads a pass to Vinicius Jr., beating the Swiss defense. Vini slots the ball into the bottom corner for a goal. Initially it was given as a goal but in the VAR check, the goal was ruled out. Brazil made two attacking changes as jesus came in for Richarlison and Antony for Raphinha.

In the 83rd minute, the real deadlock was broken. Vinicius’ inside pass was flicked on by Rodrygo, and the ball took one bounce in the box before Casemiro smashes a half-volley that send the ball spiralling into the far corner!! That’s one hell of an improvised finish by the defensive midfielder, and it finally puts the Selecao 1-0 up! 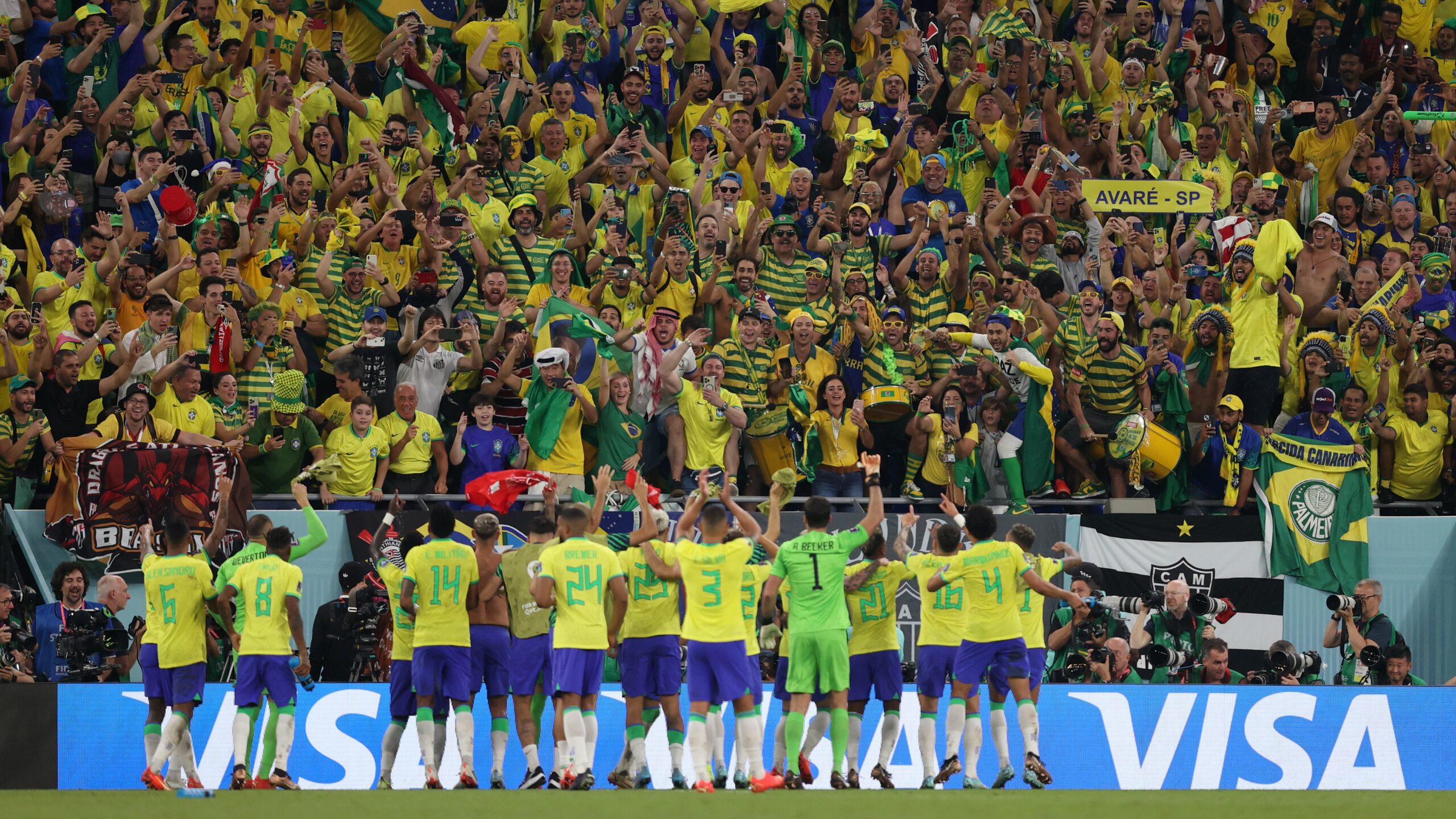 Brazil got the breakthrough. What a goal from Casemiro. In the 94th minute, Brazil got another chance. A long pass from the back was flicked on by Vinicius, and Rodrygo looked to slot it home but Swiss Defender Akanji got in the way of it to prevent a certain goal. According to the game’s stats, Brazil had 13 shots, out of which 5 shots are on target, while the Swiss had five but didn’t have a single shot on target.

Brazil sneaked the victory in a game they were far from their best to secure qualification to the last 16. Casemiro’s thunderous finish seven minutes from time granted them all three points after an earlier goal by Vinicius was ruled out for an offside in the build-up. Switzerland did threaten to go forward, but Brazil kept them at bay relatively easily, and eventually, their quality in the final third told as Casemiro lashed in the winner. The Selecao are home and dry in the knockouts, while Switzerland has plenty to do in their final game against Serbia to join them.