Portugal advanced for the round of 16 of the World Cup tonight with a comfortable victory over Uruguay in the final match of the evening.

Rodrigo Bentancur and Maxi Gomez had the greatest opportunities for Uruguay in the first and second halves, respectively. Uruguay did not pose as many threats as they had hoped.

To qualify, the South American team must now defeat Ghana in the last group match. 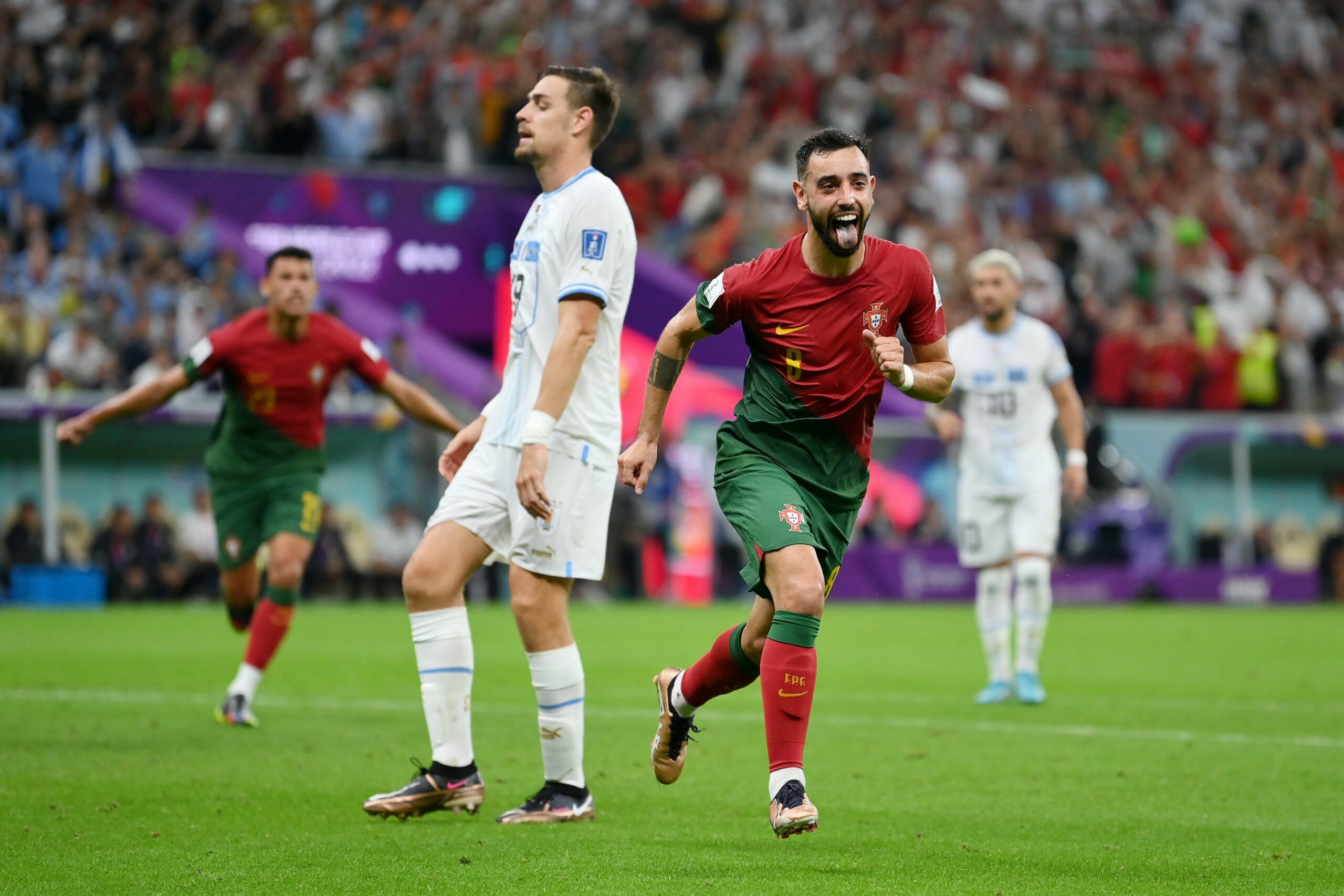 Cristiano Ronaldo believed he scored the game’s first goal, but Bruno Fernandes was ultimately credited with the score. FIFA ruled that Manchester United’s Fernandes scored despite dispute over whether Ronaldo touched the crossbar.

VAR ruled that Jose Maria Gimenez handled the ball within the penalty area, resulting in a late goal by Fernandes. A penalty was awarded, and Fernandes converted it to make the score 2-0.

Uruguay posed little threat, although had a few opportunities. Luis Suarez missed a 6-yard opportunity, and Maxi Gomez also struck the crossbar, but it was not enough.

The final game between Uruguay and Ghana will be a rematch of the contentious 2010 World Cup match in which Ghana was eliminated after Luis Suarez handled the ball on the goal line.