Captain Vincent Kompany stepped up with a stunner as Manchester City saw of Leicester defiance to reclaim the pole position for one last time in the Premier League title race.

With only one game to go, Guardiola’s men will become the first side in a decade to retain the title at Brighton on Sunday as long as they match or better the Reds’ result at home to Wolves.

My face screaming "NOOOO VINNY WHY U DO THIS" so hard ??? what a hit boi !!! Captain Incredible ? @VincentKompany pic.twitter.com/Ba6WKyPdg3

Despite being at their fluent best, City took control from the onset but with the Leicester defending deep, they struggled out to carve out chances in the final third.

With just ove 30 minutes Sergio Aguero almost broke the deadlock with a glnacing header which hit the crossbar in one of brave City move while the visitors failed to offer anything at the other end in the opening 45 minutes. 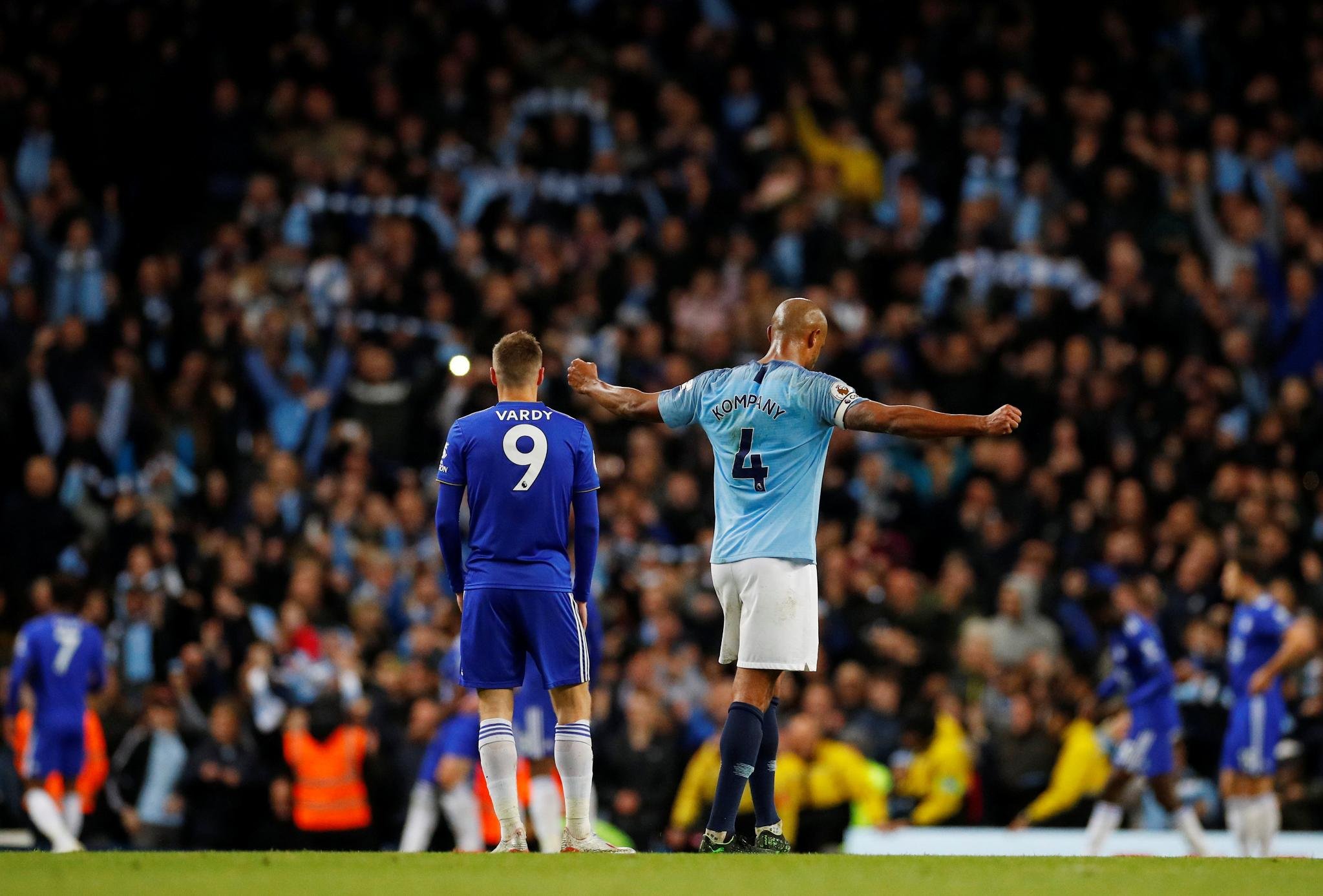 As the Citizens struggled to break down the Leicester defence in the second half, Guardiola withdrew Foden for Leroy Sane on 56 minutes.

Aguero went close to breaking the deadlock in the 68th minute, but Leicester shot-stopper Kasper Schmeicel produced a superb save to deny the Argentine.

A minute later, the Etihad erupted as captain Vincent Kompany rifled the ball into the top corner from around 20-yards out to put his side ahead with 20 minutes remaining.

In an attempt claw their way back in to the contest, Rodgers introduced for Man City striker Kelechi Iheanacho for the final 15 minutes.

Most points won in a single Premier League season:

Two of those teams still have one game to play… and only one can win the title. ? pic.twitter.com/ohW1PhknnW

The Nigerian had a chance to ruin City’s party with four minutes remaining after being played in by Hamza Choudhury, but he failed to hit the target with only Ederson to beat.

In the end, the Citizens were able to see out the closing stages to claim victory that moves them top of the table ahead of the final matchday on Sunday.

Kompany, who has endured terrible luck with injuries over recent years, was in tears as he led a lap of honour with his children to mark City’s final home game of the season and may have played for the last time at the Etihad with his contract expiring at the end of the campaign.

“There are players that help us to be where we are right now,” said Guardiola. “Vincent is one of them.

“When is fit he is an incredible central defender. He is beloved, he is a leader. I’m happy for him, for the club, for everybody.”