Liverpool’s iconic Anfield has witnessed many outstanding moments over the years. But something like what happened last night was beyond the wildest imaginations of even the die hard Reds fans. Goliath was well beaten by David yet another occasion.

Yes! Liverpool fought against all the odds to enter their second successive Champions League final after packing everyone’s favourite Barcelona with a mind blowing second-leg fightback on an epic Anfield night. 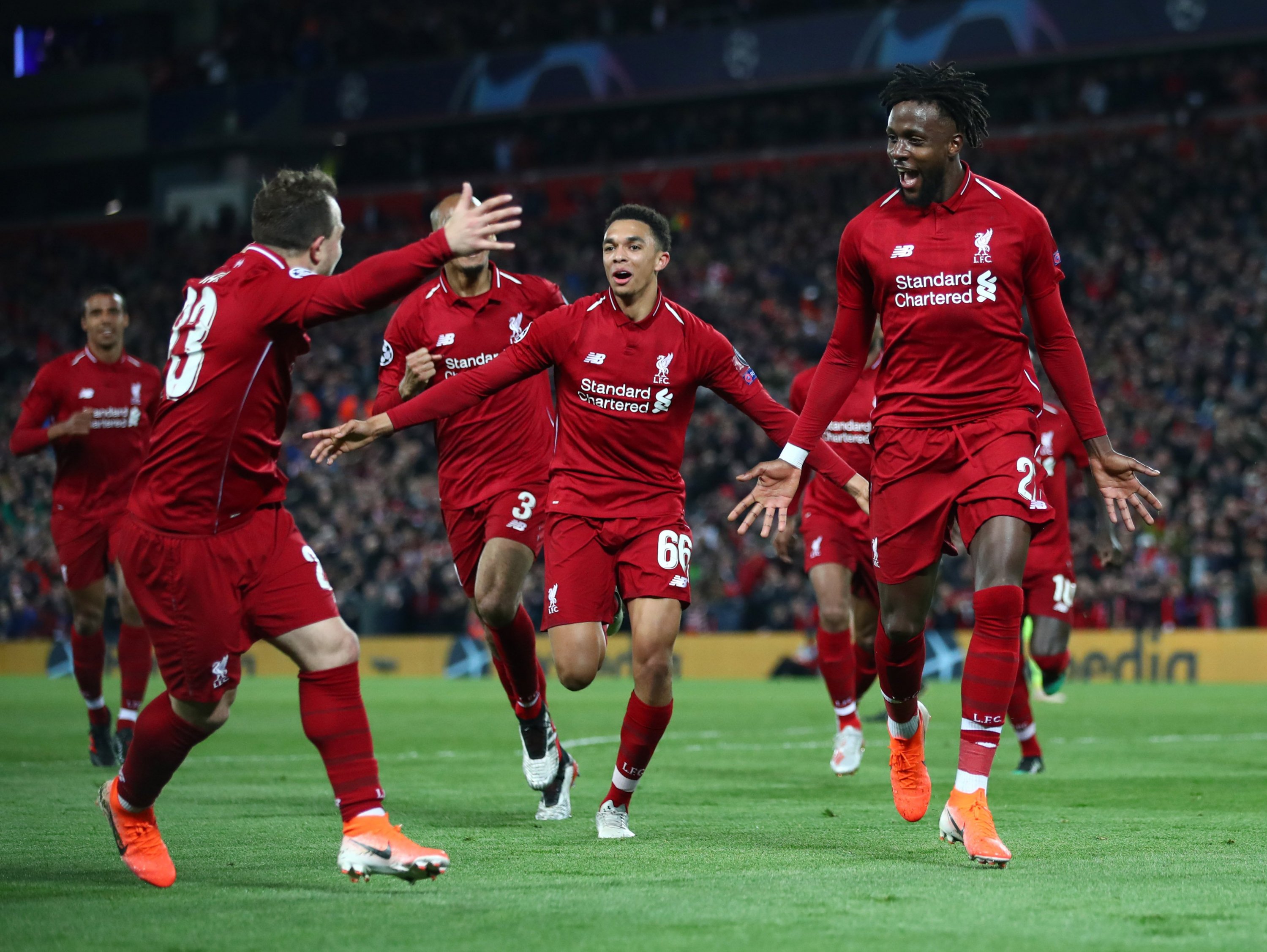 After the miracle of Istanbul in 2005 against the then mighty AC Milan, the new generation Liverpool supporters had the fortune to witness the dream against Leonal Messi’s flamboyant Catalonian giants.

With nothing to lose but all to gain, Jurgen Klopp’s army without their key man Mohamed Salah produced one of the finest come backs in Champions League history to overturn their massive 3-0 deficit from the Nou Camp with an unanswered four-goal salvo in emphatic style.

Divock Origi who was given the chance in the absence of deadly duo Salah and Roberto Firmino tapped home from close range after seven minutes from a rebound to start the unlikely revival before ending it with yet another strike from the box.

But it was substitute Georginio Wijnaldum who inflicted the killing blow by scoring twice in the space of 122 seconds which turned the contest in favour of the Merseyside underdogs of the night.

After ? games, 12 goals and 3 assists, Leo Messi's Road to Madrid has come to an end… pic.twitter.com/yFBw5PIPoM

The victory which was obviously due to their 12th man, the vociferous Anfield crowd who roared with each of their movements created electrifying moments after the match. Manager, fans and players all sung their famous “You’ll Never walk alone” anthem. 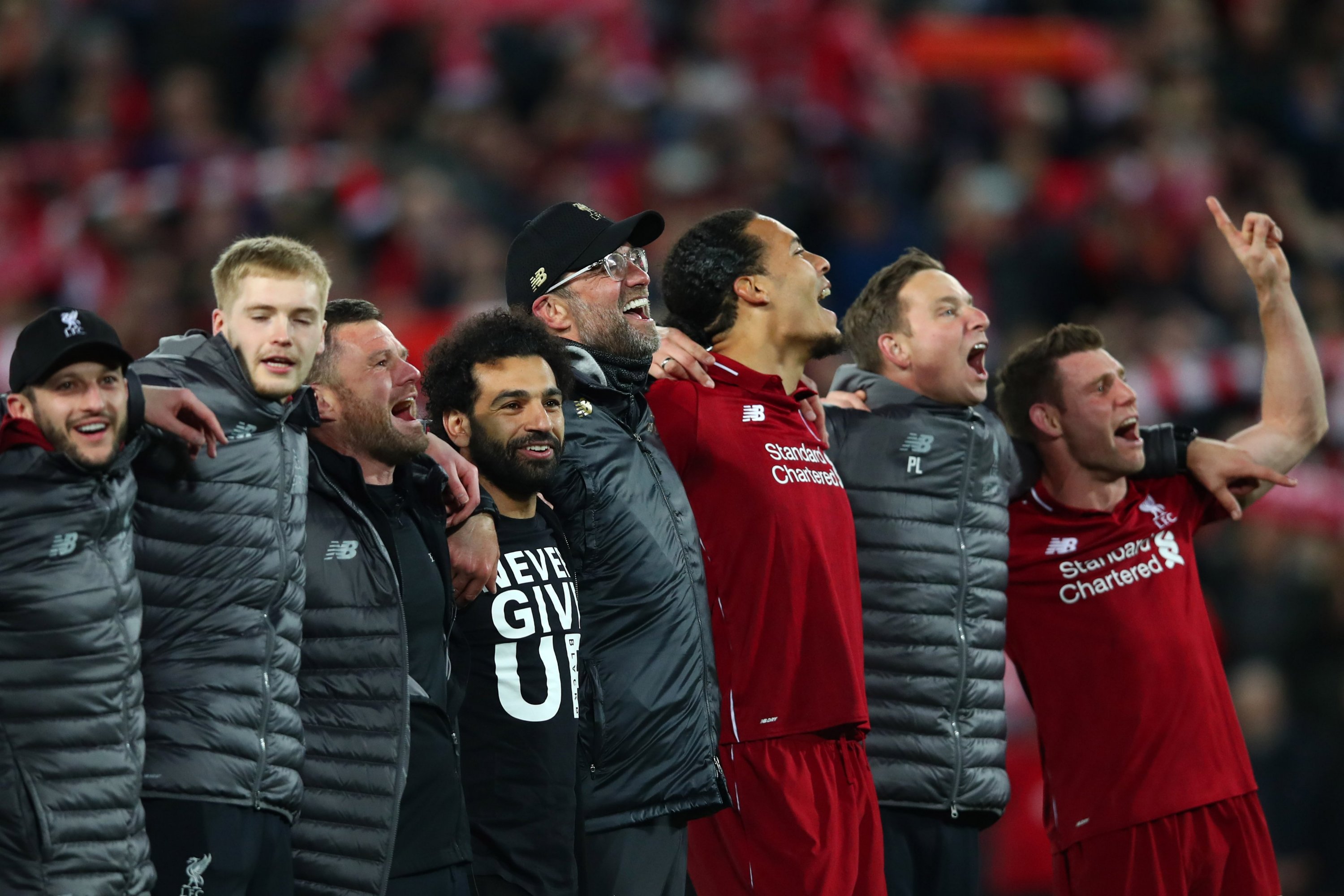 Liverpool will take on the winner of Wednesday’s other semi-final between high flying Ajax Amsterdam and Liverpool’s Premier League rival Tottenham Hotspur, with the Dutch side leading 1-0 from the first leg in London.

Liverpool boss Klopp might be well satisfied with the result. There was and still a fear that his team’s excellent run of the season will go without any reward as they are having a crunch Premier League final day awaiting with Manchester City having a thin advantage over them.

We had to score four goals and it was not allowed to concede pretty much. That made it, again, more difficult. So we didn’t really think about it, to be 100 per cent honest.

It was really difficult to play against us tonight.” ‘I don’t think it’s possible but because it’s you I think we have a chance’ – is because they are really mentality giants.

” It’s unbelievable after the season we played, the games we had, the injuries we have now in this moment. If you go out there and ask who bet a penny on us, I don’t think you’ll find a lot of people.

And then going out there and putting a performance like this on the pitch is unbelievable. I’m really proud to be the manager of this team. What they did tonight is so special and I will remember it forever.

Liverpool will be looking for another miracle to happen when they host Wolves in the Premier League on Sunday while holders City will travel to Brighton who dented Arsenal’s top four hopes last Sunday.

We’re at the same level as them in this tie: Pochettino on facing Real Madrid…