Manchester City demolished Watford 6-0 at Wembley to win the FA cup and become the first men’s team to complete the English domestic treble. 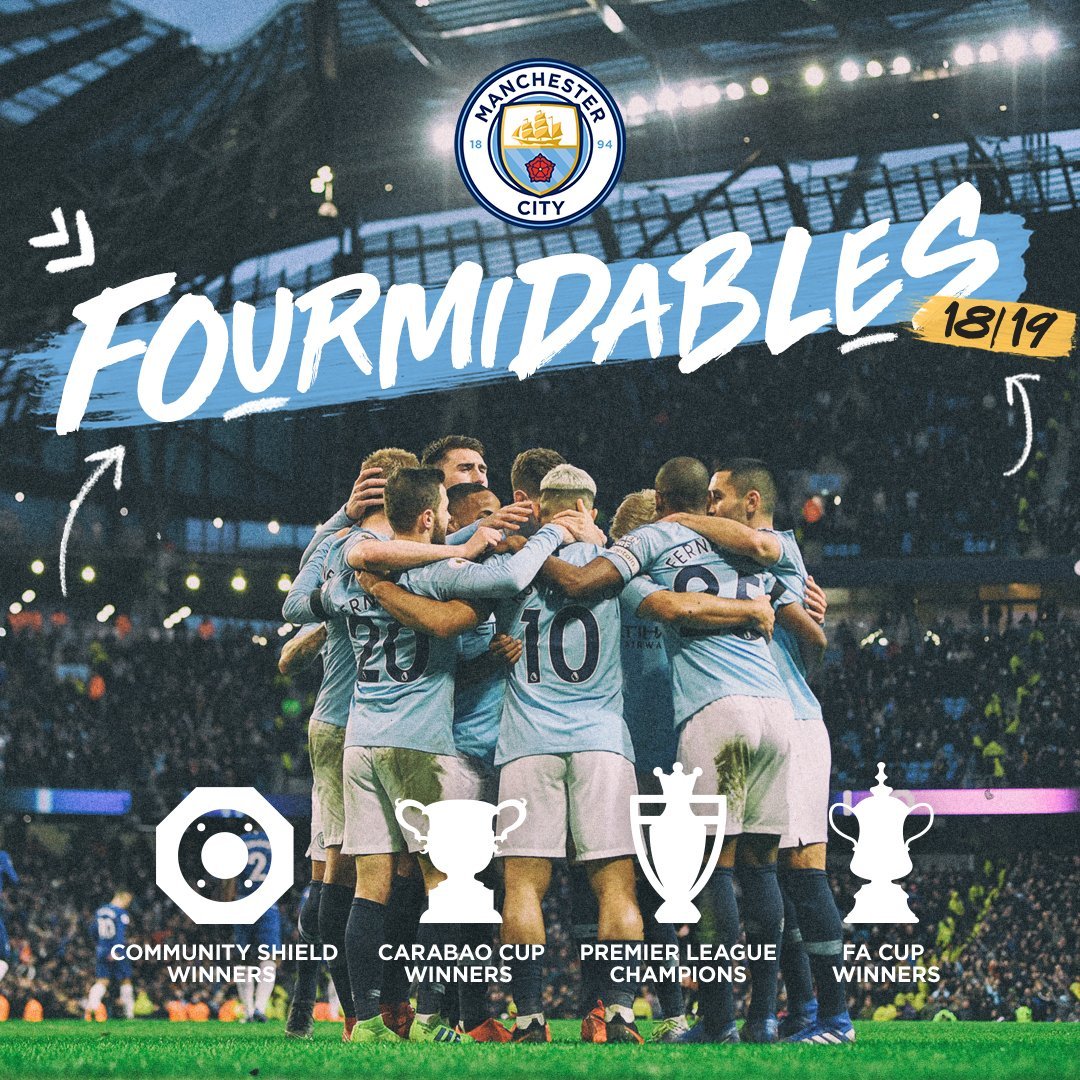 After Watford went close through Roberto Pereyra and saw strong appeals for a penalty waved away, City took the lead through David Silva’s smart finish from 12 yards in the 26th minute and Sterling turned in Gabriel Jesus’s goalbound shot into the net to double the lead at half time.

Kevin De Bruyne came of the bench to destroy Watford with a fabulous performance as scored from Jesus’s pass just after the hour before the Brazilian raced clear for another goal shortly afterwards.

Sterling then took the venue and completed his treble inside 10 minutes to pay beautiful tribute to his manager who had a tremendous influence upon his upheaval in the City colours.

England international Sterling is the fourth player to score a hat-trick in an FA Cup final – and first since Stan Mortensen for Blackpool 66 years ago.

“We have finished an incredible year. To all the people at the club a big congratulations, especially the players because they are the reason why we have won these titles.” a jubilant Guardiola said after the match.

The match reiterated Sterling’s transformation to raise to the heights of English football and society winning several accolades after enduring a racist abuse from a section of Chelsea fans during a match at Stamford Bridge.

INCR3DIBL3 ⚽⚽⚽???
Such a special way to end the season !!! Today was just fantastic, a top performance from the whole team @ManCity ??? #TripleForTheTreble #ChampionsOleOleOle pic.twitter.com/yeTk8HS2DP

“I grew up here and saw this stadium get built. It’s a massive dream come true to be on this field win trophies here,” said the former Liverpool forward.

There will be an open-top parade in Manchester on Monday evening to celebrate Citizens’ emphatic season before the players depart on their summer holidays for some well-earned recovery time after playing 61 matches in all competitions.