Liverpool kept their quadruple dreams alive with a 6-5 penalty shootout triumph over Chelsea in the FA Cup final at Wembley Stadium on Saturday.

The teams played an intriguing, scoreless draw for 120 minutes before deciding on penalties in their second domestic cup final this season.

It was a carbon copy of the League Cup final in February, which Liverpool won 11-10 on penalties following a goalless game.

Liverpool’s victory on Saturday keeps them on track for a record quadruple of trophies.

With two games remaining, they are three points behind Manchester City in the Premier League race and will face Real Madrid in the Champions League final on May 28.

After losing to Arsenal in 2020 and Leicester City last year, Chelsea set an uncomfortable record by becoming the first team to lose three FA Cup finals in a row.

Liverpool took the lead early on, with Luis Diaz posing a particular threat. In the eighth minute, a through-ball from Trent Alexander-Arnold put Diaz through on goal, but Edouard Mendy blocked him before Naby Keita put the rebound wide. 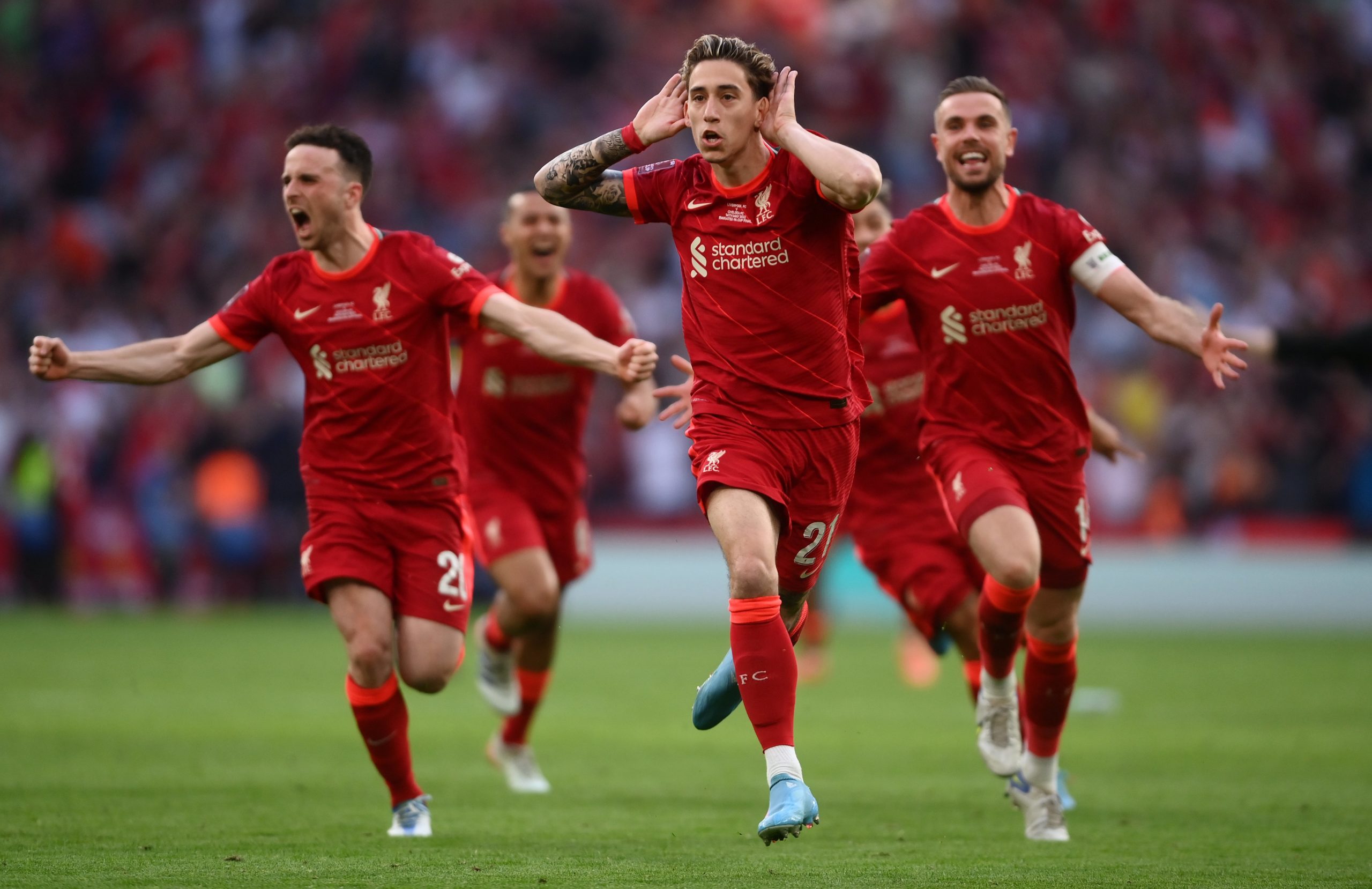 Chelsea responded effectively to Liverpool’s pressure, with Christian Pulisic coming close on 23 minutes after wonderful play on the right wing by Mount and Reece James. Soon after, Pulisic’s pass gave Marcos Alonso a chance to score, but Alisson was quick off his line to deny the Chelsea defender.

Liverpool was dealt a blow on 33 minutes when Mohamed Salah was forced off due to injury. Diogo Jota came on in his place and scored a golden chance shortly before halftime. 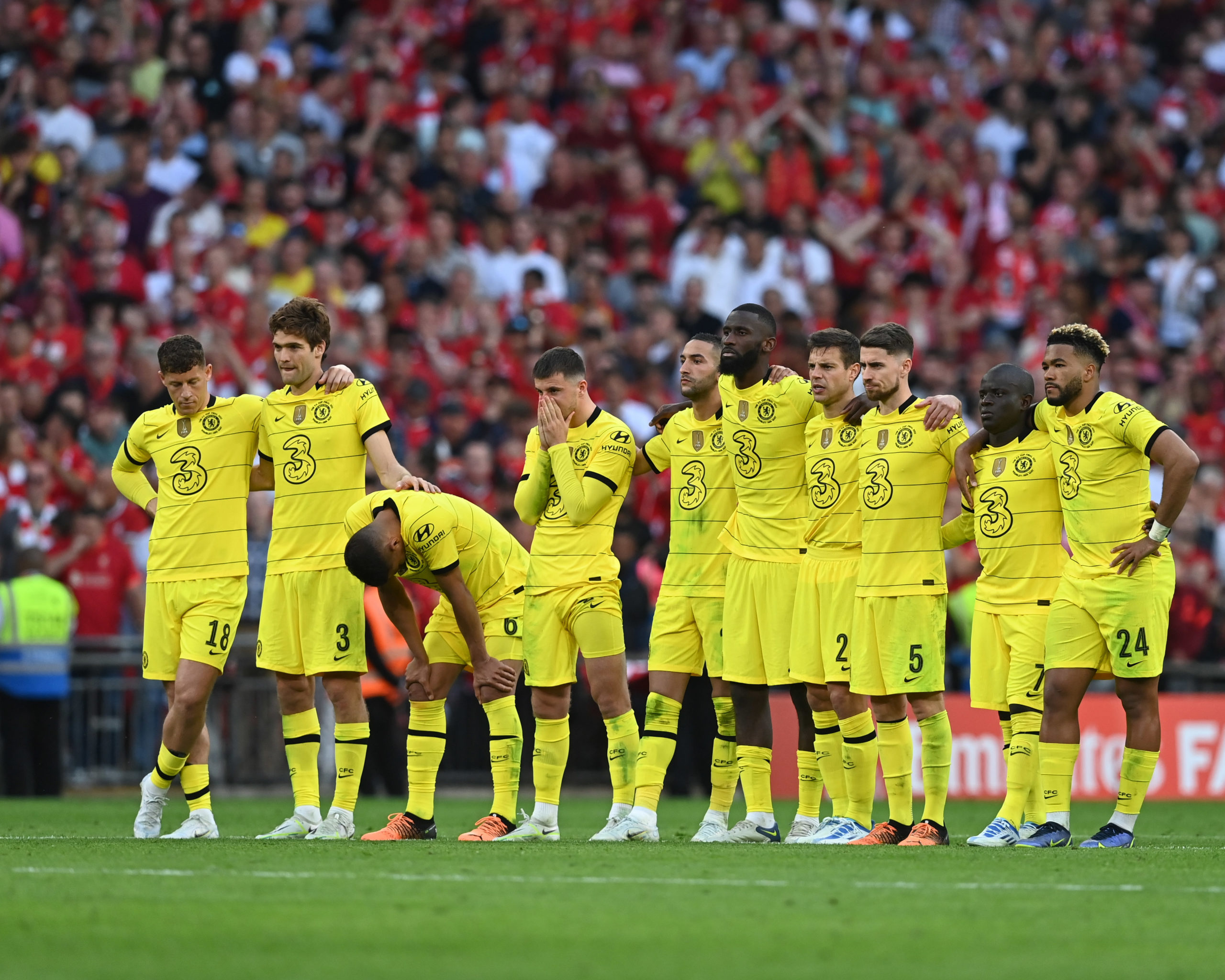 Chelsea made the stronger start after the interval, with Pulisic drawing a save from Alisson and Alonso hitting the crossbar from a free kick, but both sides laboured and could only create half-chances for much of the second half.

In normal time, Liverpool had a fantastic opportunity to win the trophy when substitute James Milner’s pass found Andy Robertson, but he hit the post from close range. 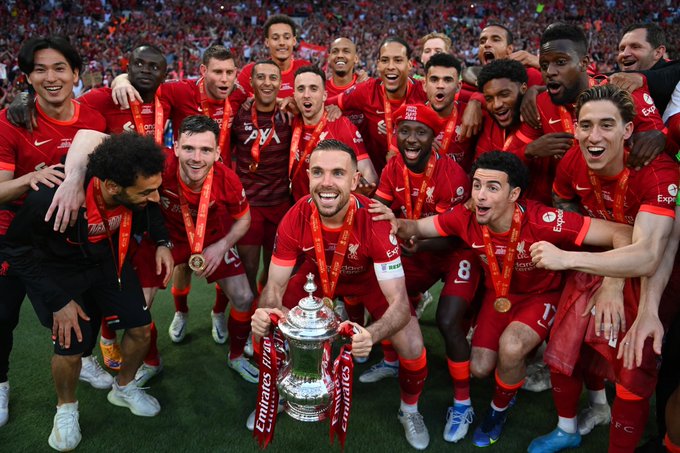 Liverpool were dealt another blow before extra time when Virgil van Dijk appeared to be injured and was replaced by Joel Matip.

In the extra 30 minutes, neither team was able to break through, resulting in spot kicks for the second time this season.

Mendy had kept Chelsea in the game by saving Sadio Mane’s penalty, but it was in vain as Liverpool won the Premier League for the first time since 2006.

Unfortunately for Chelsea, as in February, it was a case of “so close yet so distant,” though manager Thomas Tuchel expressed no regrets.

The victory was Liverpool’s seventh in the FA Cup’s 150-year history, tying them with Chelsea and Tottenham Hotspur. Arsenal has the most victories, with 14.