Andrea Pirlo, Juventus rookie manager, began his coaching career with an electrifying 3-0 win over Sampdoria at the Allianz Stadium on Sunday.

Pirlo was appointed as Maurizio Sarri’s successor in August as Juventus board decided to go with inexperienced Pirlo as the first team manager. He was just appointed as Juve’s under23 manager in July. 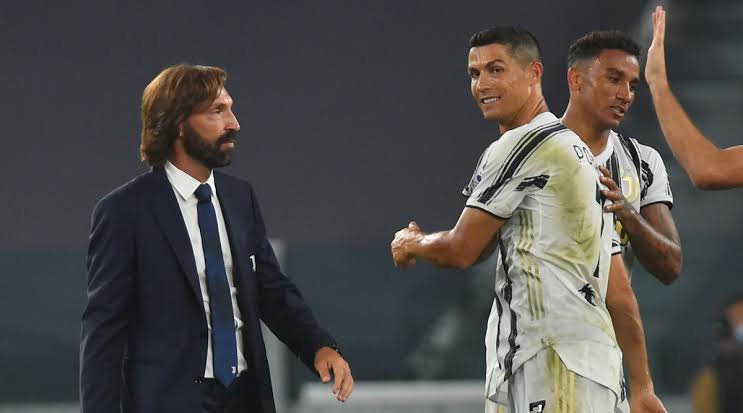 The decision surprised fans all over the world, who expected an experienced figure like Mauricio Pochettino, Antonio Conte, or Zinadine Zidane, to replace Maurizio Sarri.

Andrea Pirlo is a player considered as one of the greatest deep-lying playmakers of all time, who renowned for his vision, ball control, creativity, technique, and especially his calm and composed manner in the field.

The question is that how their former bianconero helps their big side to titles without any former experience as a manager.

The expectations are that he can follow a similar path to Zinadine Zidane, who adapted a system to get the best out of the star-studded Real Madrid side that won four champions league titles in five years.

The hope that fans set on Pirlo is high, expecting his playmaking tactics as a player and his experience under managers like Carlo Ancelotti will help to rebuild the collapsed midfield of the side which hardly able to find harmony in the field last season under Sarri.

Pirlo provides a sharp contrast to Sarri’s demeanor on and off the field. Pirlo brought a change in Juventus formation, turning it into 3-5-2, which often assumed the shape of 3-4-2-1 or 3-4-2-1 during this game. 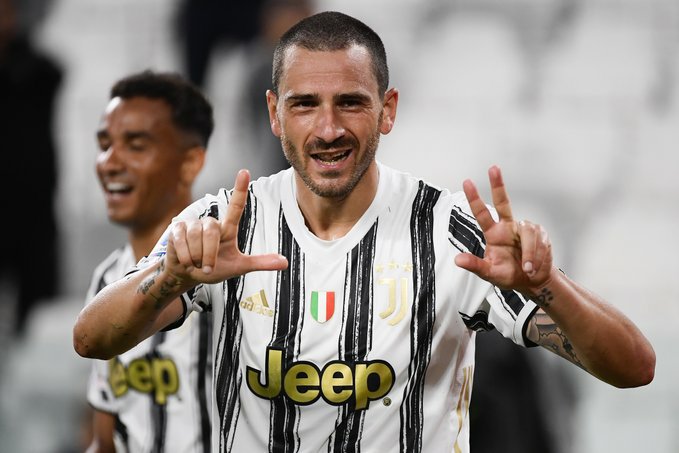 Pirlo started with Conceit Szczęsny in goal, Leonardo Bonucci, Giorgio Chellini, and Danilo were the three in back with Mathuas de Ligt back out due to injury. Gianluca Frabotta made his second senior appearance, starting at left back ahead of Mattioa de Scigilo while Alex Sandro was out with injury with Juan Cuadrado lined up on right side. Andrien Rabiot and 22 years old American West Mckennie, on loan from Bundesliga side Schalke, occupied central midfield with Aron Ramsey sat in front of them with the freedom to roam. Dejan KulusevskI, the winner of last season’s best young player, joined next to Ronaldo while Paulo Dybala and Federico Bernardeschi out with injuries. After 13 minutes of the match, Juventus opened the scoreboard by Kulusevski curled in the first goal in a move started by Ronaldo. On the 78th minute, Bonucci found the net with an assist from Mckennie. Ronaldo, who hit the post earlier, pushed for more and got his first goal in season on Ramsey’s assist two minutes before the final whistle. From the early stage of the match, Juventus have shown more quality in possession and attacking which is a big difference comparing to last season.

Juventus midfielders were able to find rapport in the team that was lacking in the before. Aaron Ramsey, who had a frustrating performance last season, after Pirlo allowed him much freedom to roam, he was involved in everything; his knock-down triggered the move that resulted in the opening goal, and he put superb passes on a plate to Portuguese. He made six tackles, more than any other player in Juventus, and worked hard on the left side of midfield when his team changed shape to defend in two lines of four off the ball. Similar to Ramsey, Adrion Rabiot also has shown some improvements comparing to the previous season. It was reborn to Rabiot who managed to possess the ball in midfield and covering the defense while Bonucci playing upfront. Mckennie, who played 90 minutes in his debut match for Juventus, nearly scored twice in Sunday’s victor and set up a chance for Bonnucci to score on the 78th minutes. 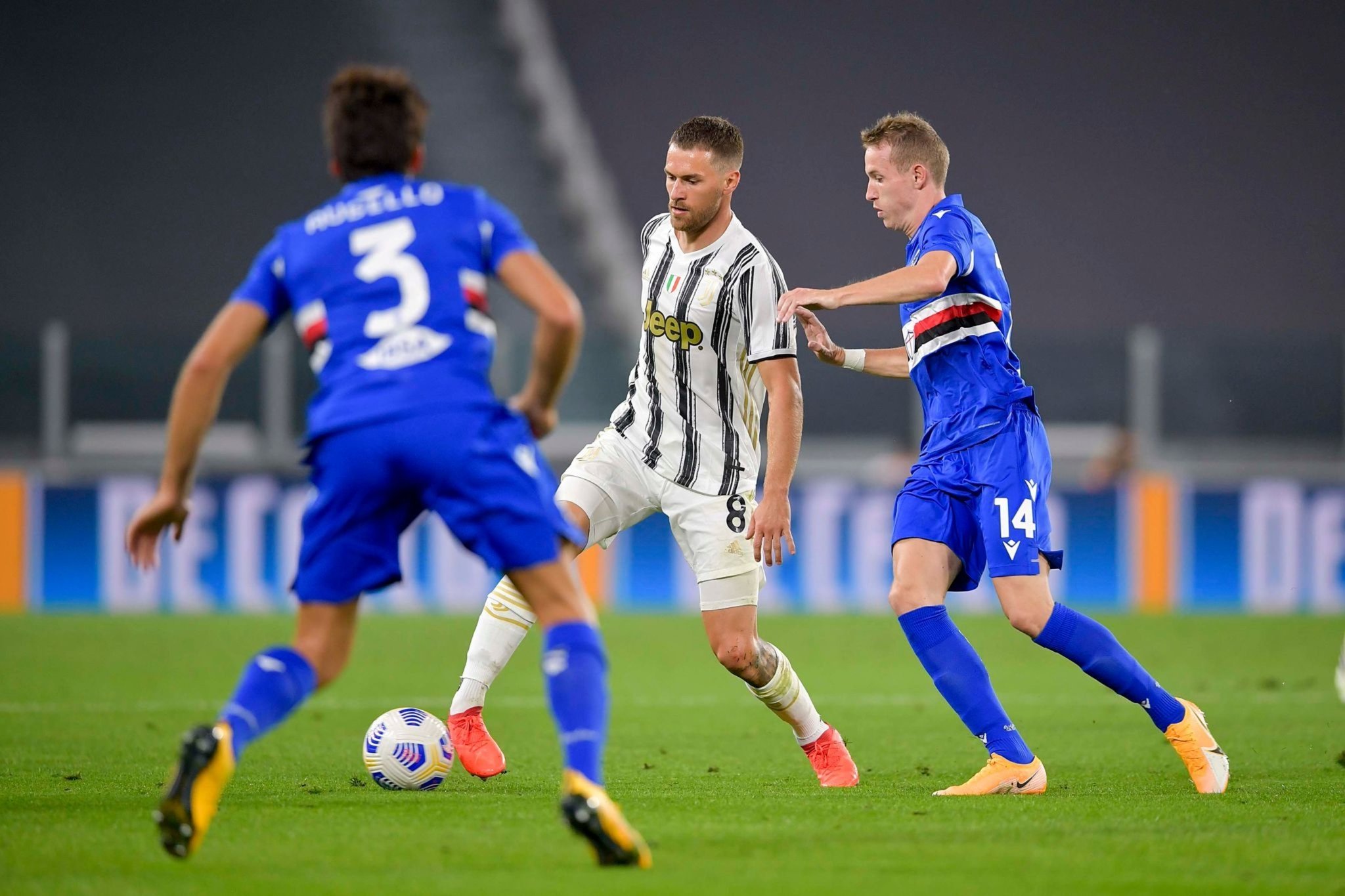 As Pirlo said when he declared “ I want to bring back, above all, the enthusiasm”, the new Juve seen so far, goes on the pitch with another look, it seems almost to have fun as well as entertain. There were changes in formation, players who stayed on the bench come off to the field. And there were some significant tactical changes that have been introduced, but it is the whole team puts its soul into it to throw the heart over the obstacles.

At the end of the game, the Sampdoria manager Ranieri said “ The feeling between the coach and team is incredible”.

According to him this time the players were very involved in providing input and so on for the club. He also revealed that Pirlo’s training was indeed not easy, but in it the players really enjoyed the training session provided by the coach.

“We have a new coach, a new staff, new ideas and the players are very involved in this. I think we are having more fun than last year. The training sessions are hard but there is also a little bit of joy.” He told to Sky Sports Italia.

Leonardo Bonucci believes that there is a new way of interpreting game and a a lot of enthusiasm both in possession and off the ball under Pirlo.

Speaking to Sky Sports Italia he said : “We saw some new ideas proposed by the coach and his staff, a new way of interpreting the game, a lot of enthusiasm both in possession and off the ball.” And he admitted that Pirlo is very different to Sarri.

“There are different movements, as with Sarri we moved far more as a group in defence, whereas with Pirlo we are more one-on-one, giving us more freedom to be aggressive and win back the ball more often.” He said. 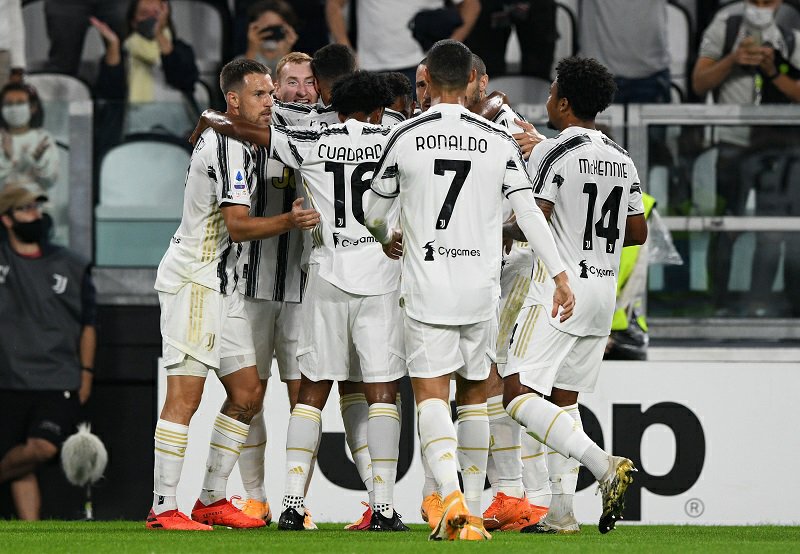 The Swedish debutant Dejan Kulusvesky said that he had a great night against Sampdoria and he is lucky to play with Cristiano Ronaldo.

“It was a great night. It wasn’t easy against Sampdoria, but we got three important points. I am happy to have found the goal in the first match… The Coach is calm, he believes in us, he lets us play and gives us confidence. Cristiano? He is fantastic, I learn from him, and this is lucky. Even at 2-0 he asked me to keep pushing.” He told.

Andrea Pirlo, who started his career with 3-0 win over sampdoria, admitted that he they had a great first half and but they dropped physically in second half. He added that its impotant to be keep communication with players.

And he explained about his surprising picks of Frabotta and Mckennie to Sky Sports Italia. “We had an excellent first half, it’s a pity we didn’t end the game right away, we dropped physically in the second half and we knew that they were aiming for break aways, but we were good at controlling them. The relationship with the players is excellent, it is important to have a dialogue with them. We are doing it and we hope it continues. Frabotta? He had a great match, he’s a guy who knows how to play and he’s training well, it wasn’t a risk to field him from the start. McKennie arrived with a few more days of preparation and did well. He made a mistake in the setting phase but it was the first and you can forgive.” he said. 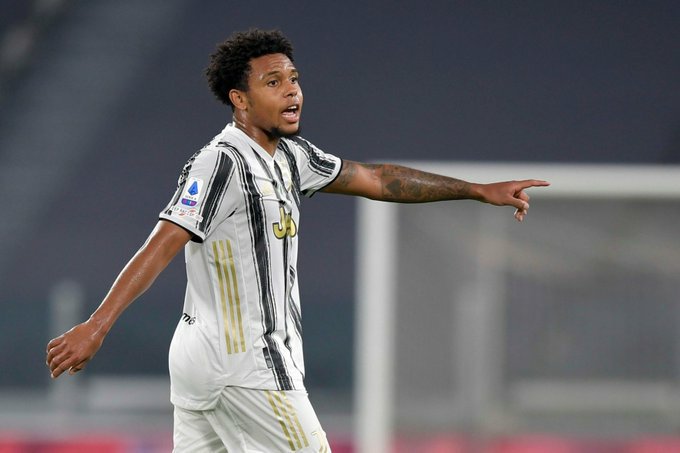 He added that he is thinking about giving rest to Ronaldo in less important games considering his age. “We are thinking about it and talked it over. He’s not tired yet, as we just started, but when we come up to less important games, we’ll try to give him a rest. He’s a very intelligent lad who knows his body very well, so he has aware of when it’s time to rest or to step it up.”

Ahead of Juventus next match with Roma, they have just secured the signing of Alvaro Morato from Athletico Madrid in a season-long deal with a view of making the move permanent.

Juventus seeking for a striker has ended up by the landing of a Spaniard. Pirlo wanted to sign AS Roma striker Edin Dzeko but the Romans rejected the 16 million euros offer for him. And Paulo Dybala, who had been out for over a month with a thigh injury, started training and completed the full session with teammates Reuniting of Morata with Old Lady and return of Dybala after his recovery, could help Pirlo to bring balance in the team and assure a spectacular game for the fans when Serie A Champions tackle Roma at Stadio Olimpico on sunday.

Juventus defeated Roma last season when these two teams met at Olimpico. Roma finished goalless against Verona on the pitch. But the league handed them a 3-0 defeat due to their gigantic clerical mistake in the registration of 23 old Amaudo Diawara in under 22 list. Of their last 10 games, Juventus won six and Roma won three times and draw in one.

Messi says Suarez deserved a better send off from Barca