Goals for Kroos and Benzema clinch all three points for Real Madrid against Rayo Vallecano ahead of the international break.

Real Madrid held on to beat in form Rayo Vallecano 2-1 at the Bernabeu to return to the top of La Liga on Saturday.

Toni Kroos put the hosts in front after 14 minutes with a well-taken, side-footed finish from Vinicius Junior’s pass.

Captain Karim Benzema extended the lead before half-time, slotting in his 10th league goal of the season from David Alaba’s cross.

Radamel Falcao came off the bench to head in with 13 minutes left but Rayo could not find an equaliser and remain sixth.

Victory moved Carlo Ancelotti’s side two points clear of Real Sociedad, although Sevilla will join them on 27 points if they defeat Real Betis on Sunday.

Benzema had several chances to put the hosts’ beyond reach, while Vinicius was unable to finish after a superb run and Marco Asensio was also denied at close range.

They were almost punished for their profligacy in added time but Kroos produced a goal-line clearance and Thibaut Courtois tipped a follow-up shot from Unai Lopez over the crossbar. 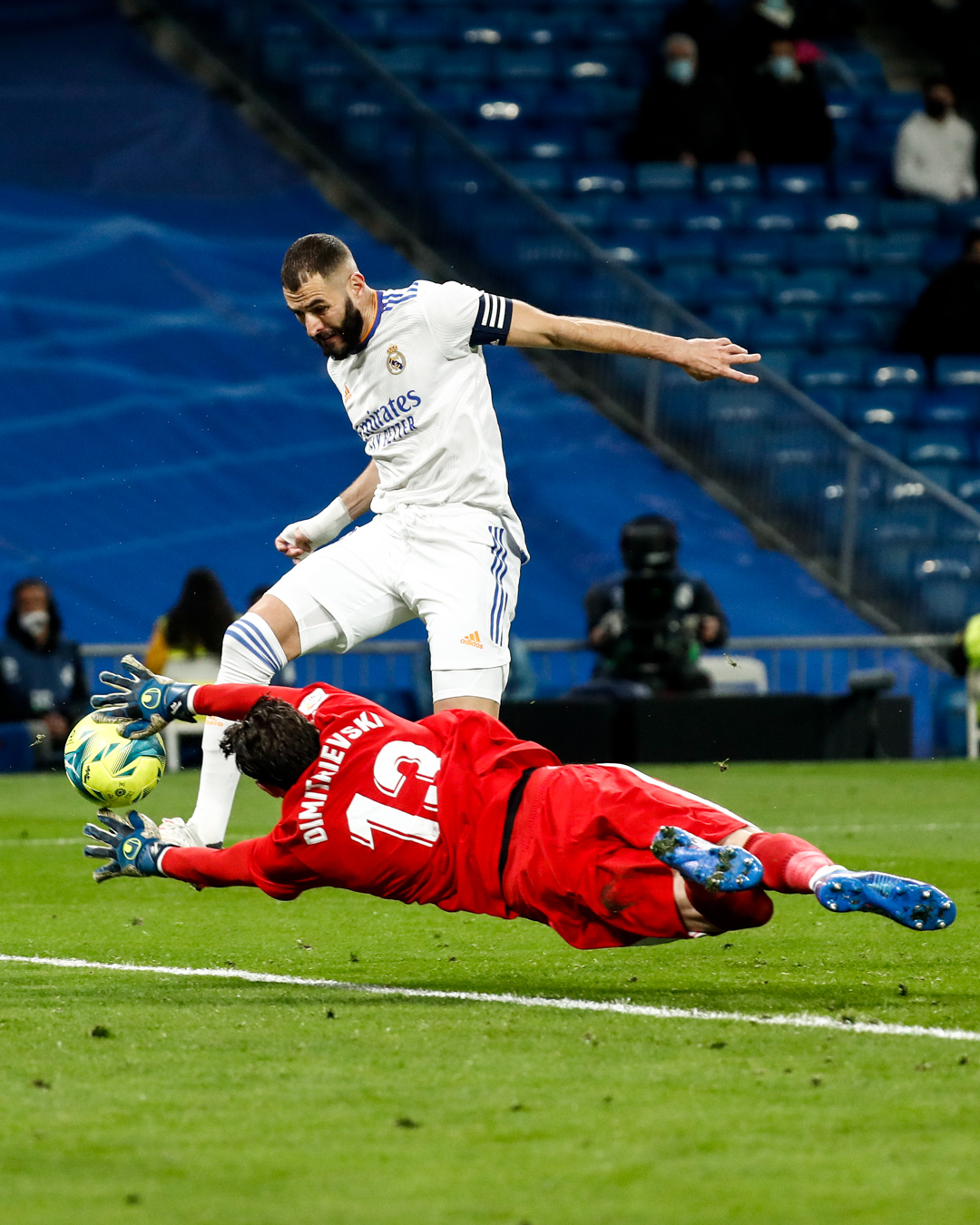 Carlo Ancelotti was delighted with the decisive victory over Vallecano: “I saw a team who played very well for 80 minutes. We had loads of chances and I thought we’d have to get another goal to kill the game off. The third goal never came and when they scored, we had ten minutes of fear and we suffered for it, but we have to look at the big picture. It’s unusual for Karim to miss the chances we had today. I’m pleased because Rayo play some good stuff and press well”. The Italian said in the post match interview.