Cristiano Ronaldo put his late club blushes to rest as he scored a superb hat-trick to help Portugal reach the Nations League final with victory over Switzerland at the Estadio do Dragao.

Ronaldo 34, had put the hosts in front with a stunning first-half free-kick that flew past Swiss keeper Yann Sommer.

Switzerland levelled in the second period when Ricardo Rodriguez tucked away a video assistant referee-awarded penalty moments after referee Felix Brych had initially signalled for a penalty at the other end.

But after consulting his pitch-side monitor, the decision was expunged and he instead gave a spot-kick for Nelson Semedo’s foul on Switzerland’s Steven Zuber.

Make that 86 goals in 157 Portugal games for Ronaldo! ?#NationsLeague pic.twitter.com/OVK7GziOlb

Incensed by the decision, the hosts struggled to build any rhythm as the game appeared to drift towards extra-time.

However, Ronaldo made the crucial difference late on, sweeping Bernardo Silva’s cross into the bottom-right corner, before firing into the same spot 102 seconds later. 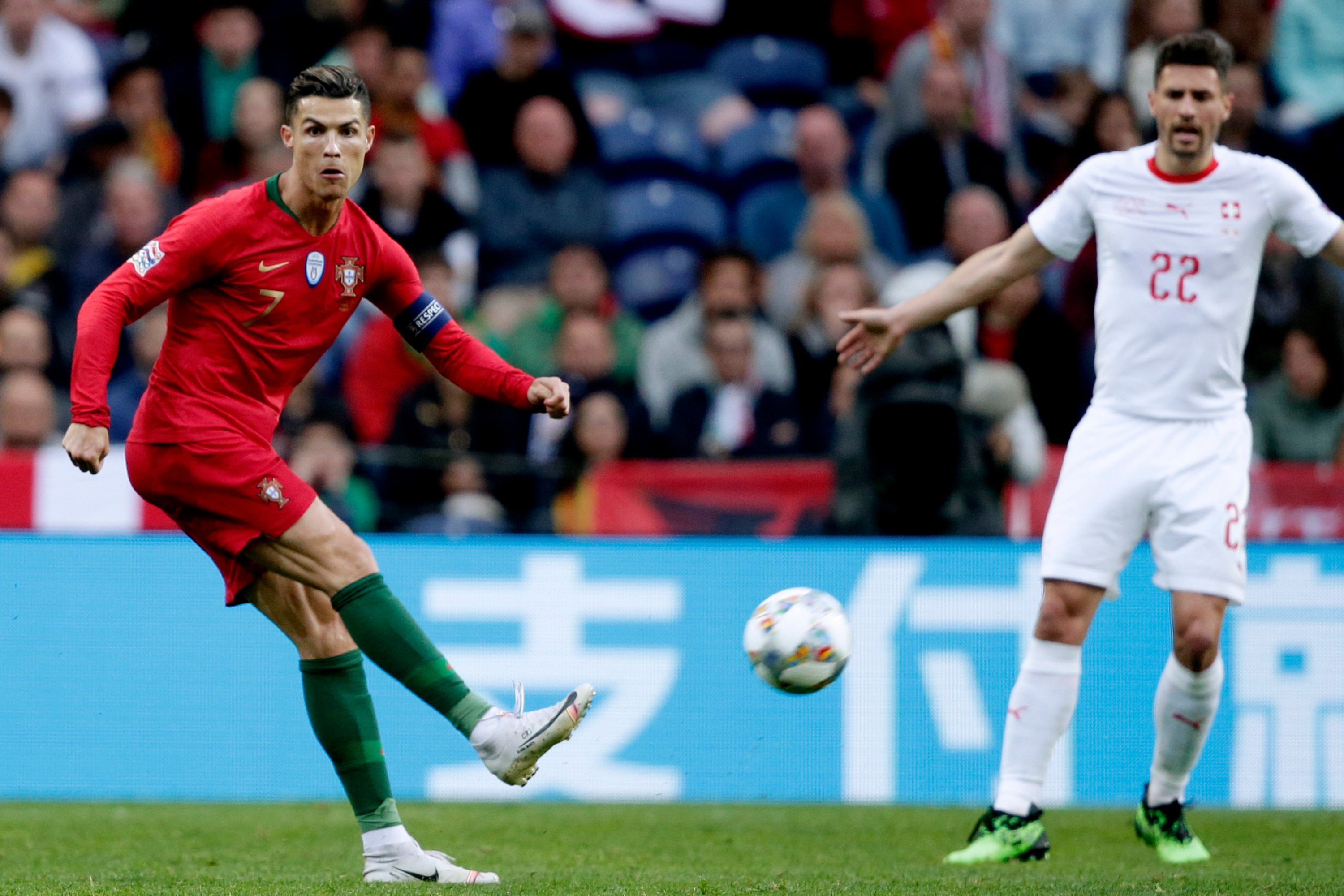 Portugal play the winners of Thursday’s semi-final between England and the Netherlands in Guimaraes with the final in Porto on Sunday. Switzerland will face that game’s loser in the third-place game, also on Sunday.