PORTO:  Mohamed Salah continued his resurgence as he scored one and set up another to inspire a clinical Liverpool to a 4-1 win at Porto in their Champions League quarter-final second leg on Wednesday to set up a mouthwatering semifinal clash with Barcelona.

Jurgen Klopp’s side were expecting a tough showdown in Portugal, but they took the control of the second leg in the early stages as Salah and Sadio Mane combined to put them ahead with their first shot on target following a VAR review.

Salah doubled the lead after the break and goals from Roberto Firmino and Virgil van Dijk helped the Reds to sweep the match with a magnificent 6-1 aggregate.

Porto had briefly reduced the arrears through Eder Militao, but having lost the first leg 2-0 at Anfield, they never seemed to make a comeback to the tie against a free flowing Liverpool at Estadio do Dragao .

Salah, who recently ended his goal drought in Premier League reassured that he was getting close to his best again when he coolly slotted the ball past Casillas after collecting a perfect diagonal through ball from Trent Alexander-Arnold in the 65th minute.

It was the Egyptian’s first Champions League goal since December, and his first away from Anfield in the competition in last one year.

Militao soothed the home fans’ suffering a little, beating Roberto Firmino in the air to head home in the 69th minute.

Brazilian Firmino, who had started on the bench as Klopp handed a rare start to Divock Origi, made it 3-1 with a downward header with 13 minutes left and Van Dijk headed home a fourth from a corner eight minutes later.

Klopp was thrilled to make into the last four of the Europe’s elite competition for the consecutive second year.

I am very, very happy, as you can imagine. I said before it would be very difficult, probably you all thought that’s what I had to say, but I knew it so how can I be surprised now it was difficult?

A few things in football you cannot defend in the first place, the long balls they play in behind, the physicality. There were a lot of really physical challenges where as a defender you have to be a bit more careful because if you make a foul then it’s a free-kick, what they wanted, or even worse, maybe a penalty. Then we had not the best reaction on the second balls, so they had too many of them – especially in the centre. The German said in the post match interview.

He is looking forward to host Lionel Messi and company in the next big match in a busy shedule for the Reds who are currently leading Manchester City in the race to lift the English Premier league. 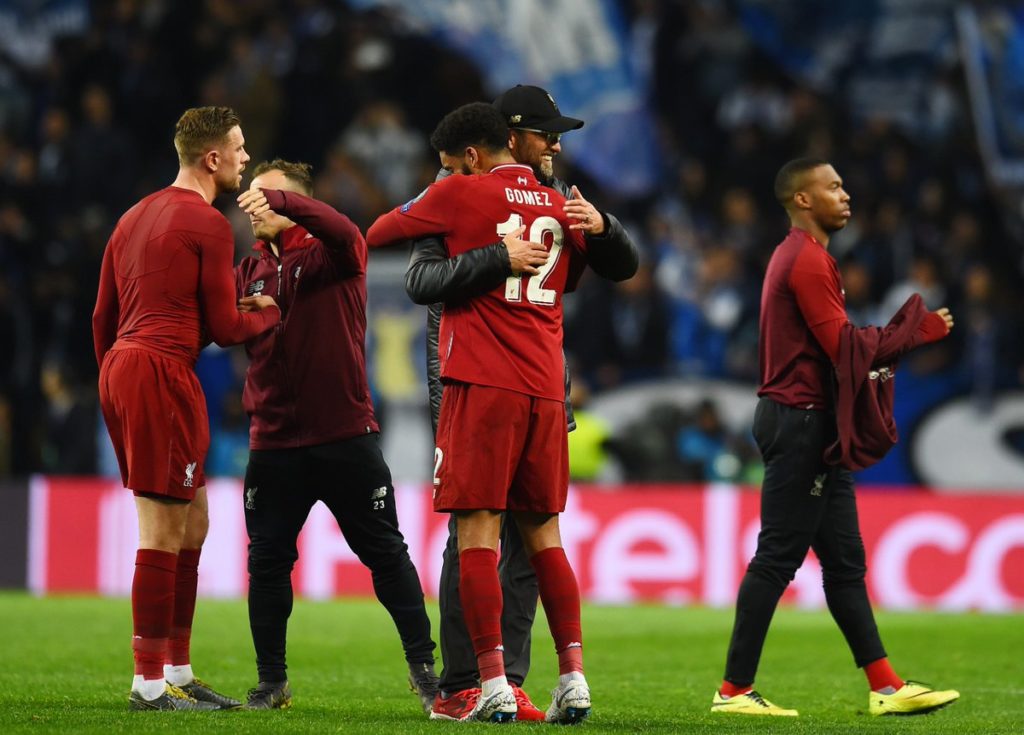 “Thank God I don’t have to think about that tonight and thank God I have a few more nights to think about it! I think everybody tried it so far and nobody can really do it. We still will try it. But we are looking forward to it, but we have so many jobs to do before we meet Barcelona. So let’s first play these games and then let’s prepare for Barcelona. Then we will see. I have never played Barcelona in a proper game, so [it’s] my first time there and I’m looking forward to it.”

Ole’s honeymoon is over as Man Utd mauled by Everton