The Koreans will take on Ukraine in a clash of first-time finalists on Saturday while Ecuador will play Italy in the third place match.

Choi Jun bagged the Korean goal in the 39th minute after finding himself unmarked in the penalty area and firing past Ecuador ‘keeper Moises Ramirez.

Um Won-sang thought he had doubled the lead late on but saw his effort ruled out before the Ecuadorians had an injury-time equaliser chalked off for the same reason.

Ukraine had earlier defeated Italy 1-0 through a goal from Serhii Buletsa.

Asian football chief Sheikh Salman bin Ebrahim Al Khalifa said on Wednesday that South Korea’s run to the final of the Under 20 World Cup was “remarkable” and reflects the rising standards across the continent.

The Koreans have had an incredible ride to the final, beating six-times champions Argentina in the group stage before going on to eliminate Japan, Senegal and Ecuador.

FULL TIME from Lublin! @theKFA are #U20WC finalists for the first time and will meet @FFUKRAINE Saturday in Lodz with the trophy on the line ?? pic.twitter.com/W1cPpEQBxP

“Their achievements so far have been remarkable, and I hope they carry on this form and go on to win the competition,” said the Bahraini in an AFC statement.

“It is satisfying to witness Korea Republic’s impact in the competition which clearly reflects the growing standard of the sport in Asia.” 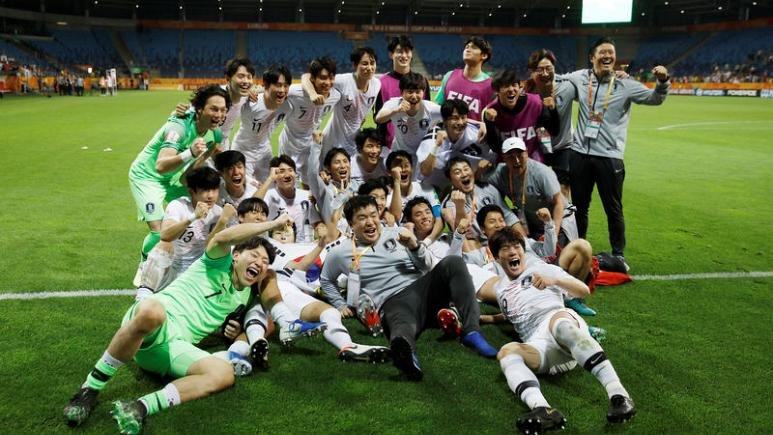 The Koreans were not even expected to make it out of the group stage and a 1-0 defeat to Portugal in their opener suggested they would be heading for an early exit.

But a 1-0 win over South Africa and a stunning 2-1 victory over Argentina saw them advance.

‘I’m not a Galactico; but I’ll try to be’- Hazard presented at Real Madrid