The Netherlands will face Portugal in the final of the inaugural UEFA Nations League after they beat England 3-1 in extra time at the Estadio D. Afonso Henriques in Guimaraes, Portugal, on Thursday.

De Oranje came from behind after Marcus Rashford won a penalty and converted from the spot thanks to a mistimed tackle from Ajax’s Matthijs de Ligt.

The prodigious defender went from zero to hero when he powered home an equaliser in the 73rd minute, and Kyle Walker’s own goal in the 97th minute completed a memorable comeback. 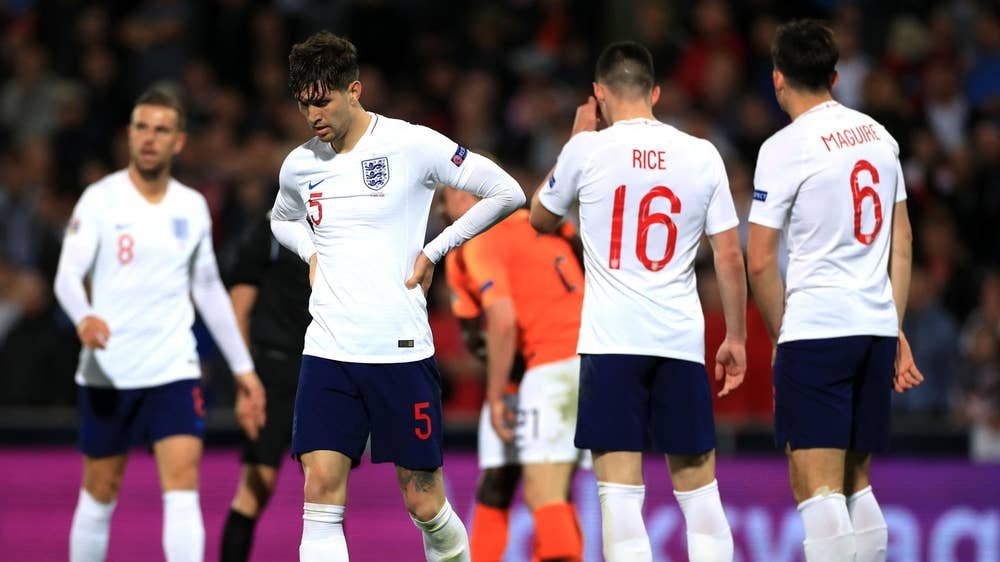 Memphis Depay pressured the England defence before Quincy Promes forced Walker to poke the ball into his own net, and the Sevilla winger scored one of his own outright following a similar sequence in the 114th minute.

? Sunday:
? Play in the @UEFAEURO Final

England fell apart in the end, as their sides have done over the years, conceding two goals with errors that can safely be classified as of the schoolboy variety against a Dutch team of some exceptional players and other more mediocre parts. Southgate has trusted and encouraged his team to play out from the back but in wet, cold Guimaraes it was very much their undoing.

The most pointless match since I swiped right on that Russian bot on Tinder.

The errors, when they came in extra-time, were first from John Stones, unforgivably procrastinating before coughing up possession and then Ross Barkley doing something equally inexplicable for Holland’s third goal. Football’s not coming home and, unfortunately, neither are England who are condemned to hang around northern Portugal before they return to Guimaraes on Sunday for the pointless third place play-off against Switzerland.