The Chelsea winger has been forced to cut a holiday in Israel short to meet up with his compatriots after getting the nod ahead of Lucas and Vinicius.

Brazil coach Tite has picked Willian to replace the injured Neymar for the Copa America. He will join the squad on Saturday before a friendly against Honduras in Porto Alegre. The South American tournament starts next Friday. 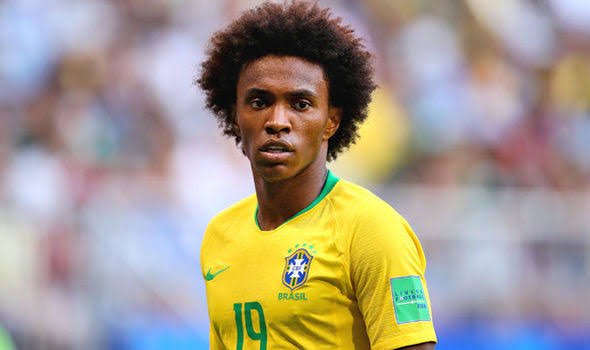 While Lucas Moura of Tottenham and Real Madrid’s Vinicius Junior had been mentioned as replacements, Blues winger Willian has ultimately received the nod.

Willian made his debut for Brazil in November 2011 and has gone on to make 65 appearances in the Selecao, scoring eight goals.

He also represented his country in two World Cups, in 2014 on home soil and at Russia 2018, and with Neymar’s withdrawal he is the third most experienced player in Tite’s squad, behind captain Dani Alves (107 caps) and Thiago Silva (78).

Neymar injured his right ankle during a friendly against Qatar on Wednesday. Paris Saint-Germain said he has a “severe sprain of the outer lateral ligament.”