Real Madrid have officially confirmed the signing of Eden Hazard from Chelsea on a five-year deal.

Eden Hazard will be presented as a new player of Real Madrid on Thursday June 13 at the Santiago Bernabéu stadium, after passing the relevant medical examination.” 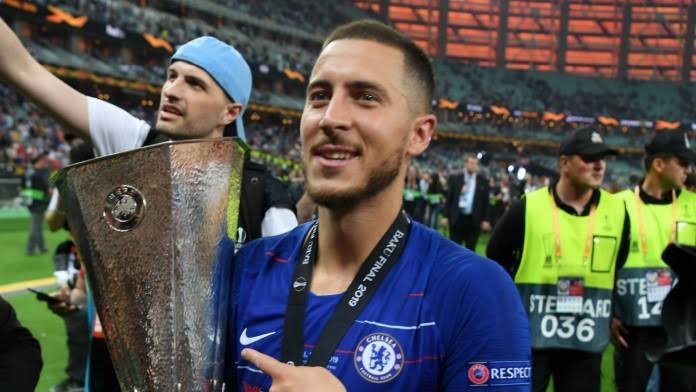 The 28-year-old was in the final year of his contract with Chelsea, with the Europa League final win over Arsenal in Baku his final game with the club.

We have reached an agreement for the transfer of Eden Hazard to Real Madrid.

We would like to wish Eden well as we say a fond goodbye.#ThankYouEden

“Leaving Chelsea is the biggest and toughest decision in my career to date,” said Hazard.

Writing on Facebook, he added: “I hope you understand I had to pursue my next chapter, just as each and every one of you should when you have the chance to pursue your dreams.

Leaving as a club legend. pic.twitter.com/mOuK7A5sBL

“Now it’s in the open I would like to put on record one thing was always clear to me, I have loved every moment at Chelsea and not once did I ever consider, nor would I have left for any other club.”

The Belgian scored 110 goals in 352 games for Chelsea after joining from Lille in 2012, and scored twice as they won the Europa League final last week.

In his final campaign at Stamford Bridge he became just the fourth man in Premier League history to score 15 goals and make 15 assists in a season.

An open letter from Eden Hazard to all Chelsea fans