No matter the differences, favourite players leaving the club are episodes no fan wants to endure. If those players belong to the long-serving category, the farewell becomes more emotional.

Bayern Munich say goodbye to three of their longest-serving giants a teary goodbye after a decade long or more years of service. An emotional sent off, said the players, fans and the board alike.

Alaba, Boateng and Martinez haven’t renewed their contracts and are leaving this summer. They are indeed departures that mark the end of an era at Allianz Arena. Three players that were part and parcel of the Bavarians side since they joined hands. Each played their last game against Augsburg in Bundesliga and embraced a hearty farewell with a massive 5-0 victory.

Without a doubt, these three are some of the biggest and most celebrated names that Europe and world football reminisce about in the last few decades. Moreover, the trio has played a quintessential role in constituting one of the best teams in Football Club history.

Let’s turn a page or two to look how their careers took shape to the golden feathers that it is now.

The former Hertha BSC player joined the Bavarian side after spending a year-long spell at Manchester City from Hamburg SV. Bayern made Boa a permanent defender, unlike his earlier stints which saw him executed at both flanks. Even his national side played him on the wings before the Bayern experiment.

The experiment helped cement his position as one of the best centre backs in German Football history. But, then, there was a time when he was considered one of the best in Europe and the World.

“It was important to me that Bayern had me marked in for a specific position,” Berlin-born Boateng said at the time, after putting pen to paper on a four-year deal with Germany’s record champions. “I believe it will end up with me playing at centre-back for the national team more often. But, above all, I’ve come here to make the defense more solid.” 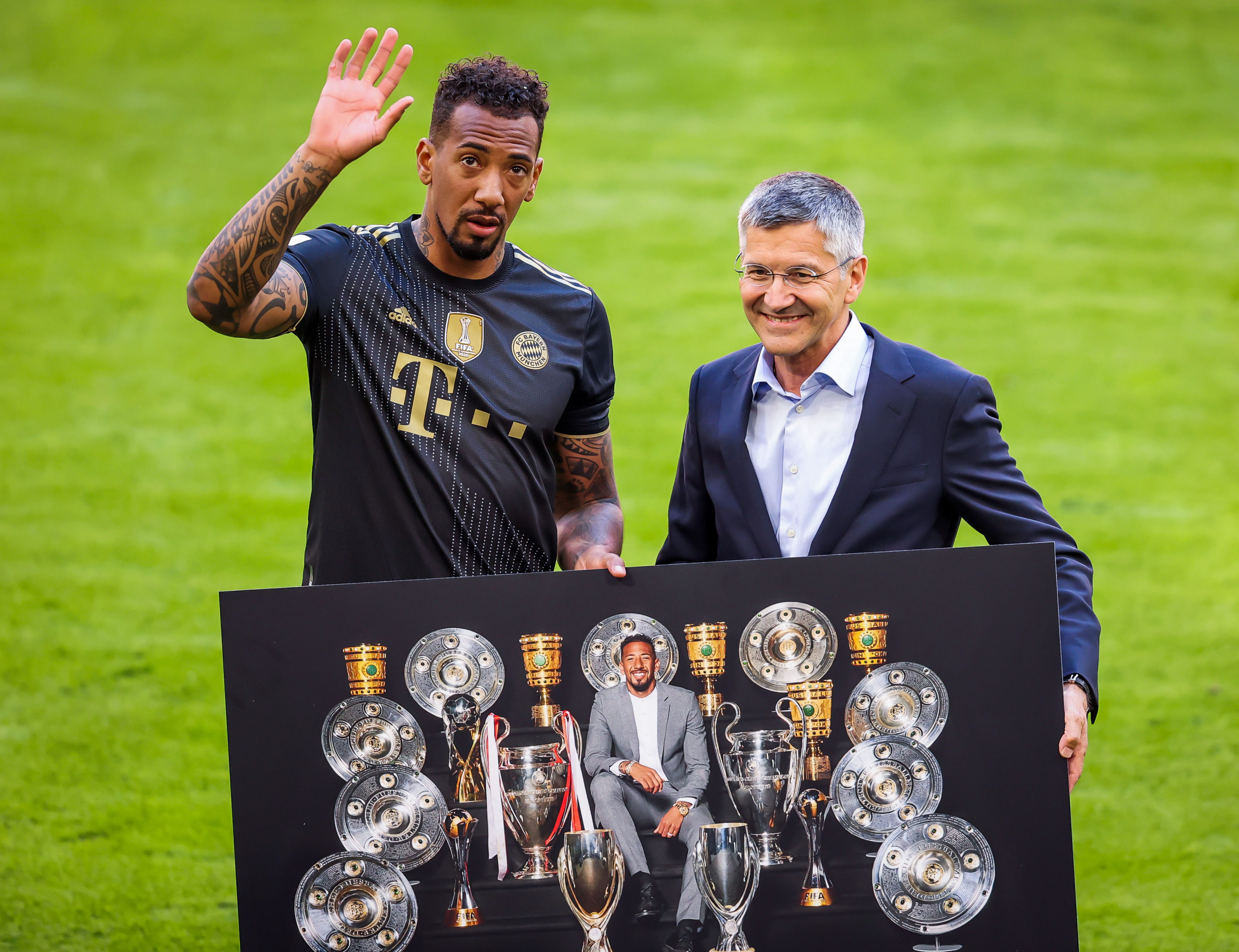 His massive trophy cabinet, which hosts an eye-popping 24 trophies, says it all. Two trebles make these achievements more glittering.

Boateng has successfully maintained a top 5 rank position in challenges won, touches and passes completion since he joined Bayern in 2011. The same goes with his sharp qualities in distributing the ball up front in the midfield and firing unexpected crucial long passes that land any opposition in deep trouble.

Boateng received individual recognition in 2016, two years after lifting the FIFA World Cup with Germany when he was named his country’s Footballer of the Year.

The Bayern No.17 was the first out-and-out defender to claim the prize since Jürgen Kohler in 1997. Recurring injuries was the only dark marks that downplayed his extraordinary performances over the years.

Be it whatever, the German International’s career is one that no fellow German would dare to look down upon. Jerome would remain as one of the best in the position he played for quite a long time.

The Spaniard joined the Bavarian giants on 29th August 2012 for a club-record fee from Athletico Bilbao.

Martinez ranks among the longest-serving players at Bayern, winning 24 titles within the 267 matches he played.  Only Muller and Alaba lifted more Bundesliga trophies than Martinez.

He was won a Bundesliga title in all his nine seasons till 2021. An embellishment that very few players can dream of. 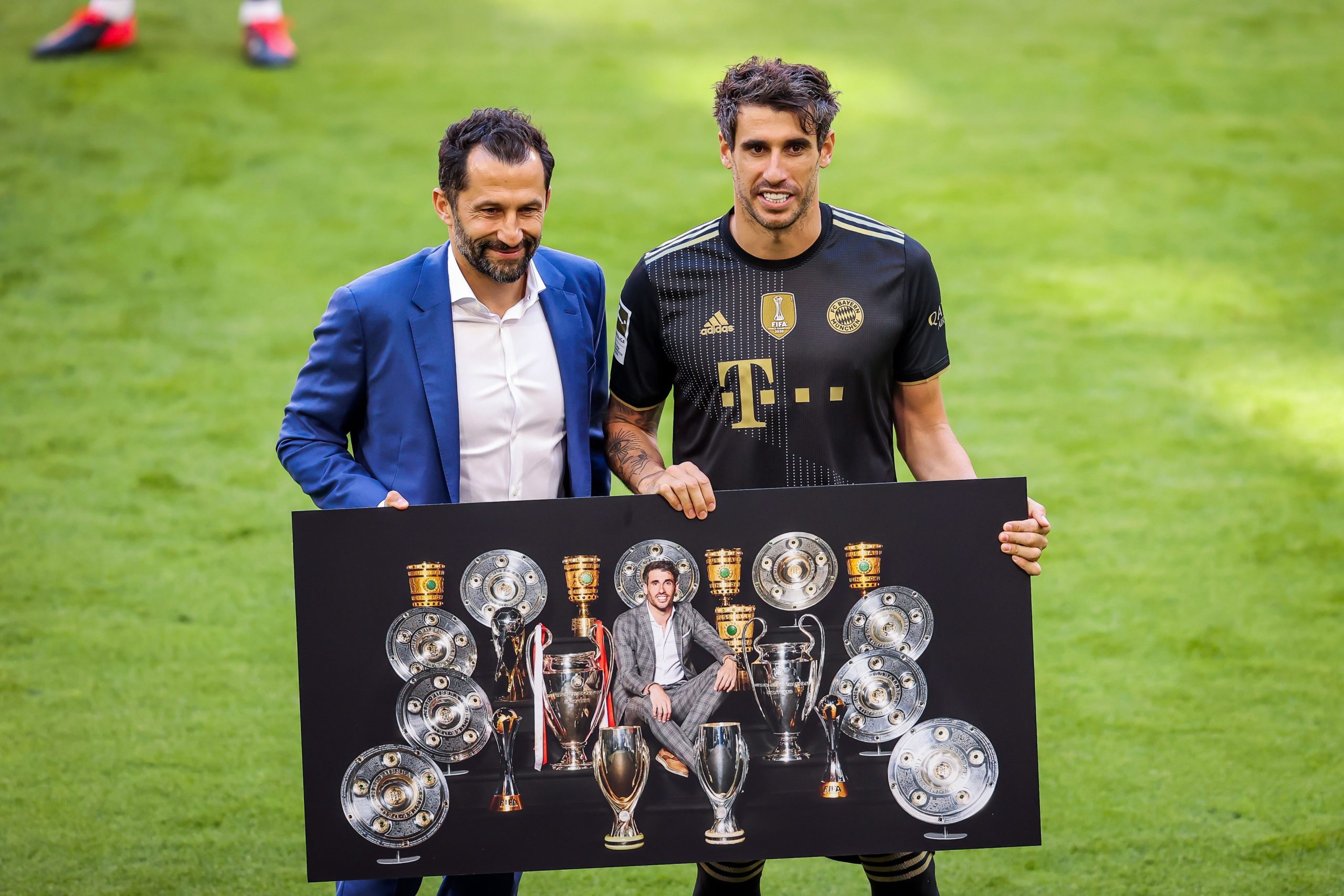 If aggressive defending was his style, his versatility to play up anywhere in the defense and midfield marks his real strength. His Bayern career started him off as a Central back, but his effective spell at the defensive midfield makes one question his actual position. That’s how good he was.

And while he has fallen down the pecking order with age, his commitment to the cause has never faltered.

Alaba served Bayern more than anyone from the current squad. A true Bavarian legend in all respect. The Austrian wingman arrived at Bayern almost 13 years ago, just after turning 16 years.

The little rascal, as he calls himself, possesses 33 titles to his name. He now shares the all-time record of 10 Bundesliga titles with Müller, making it one more than Javi.  A World-Class player who has attracted every European giant. 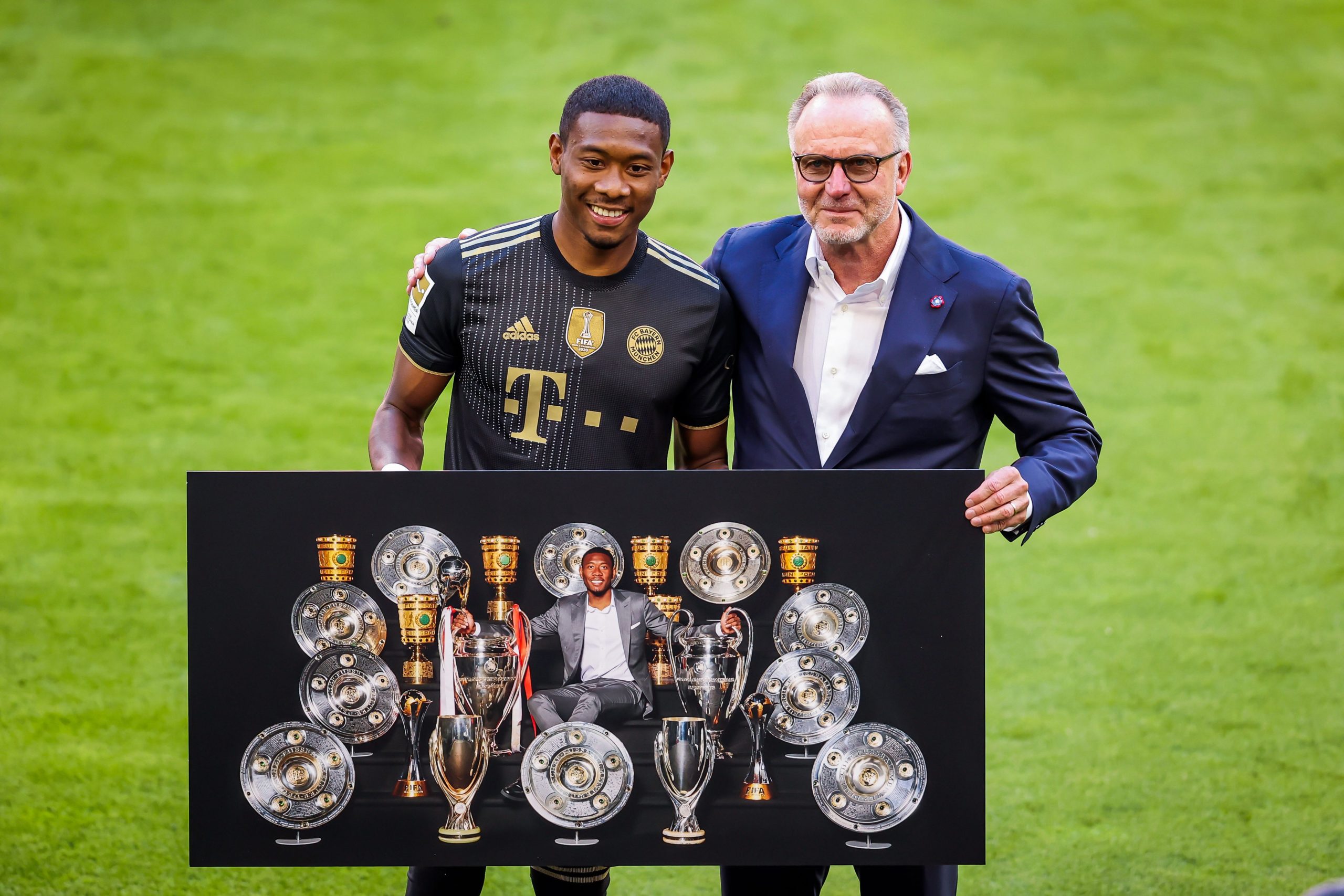 Alaba had been a playmaker with boyhood club Austria Vienna and a defensive midfielder for Hoffenheim before being repurposed as a left-back by Louis Van Gaal.

During his tenure in the Bayern dugout, Pep Guardiola’s comments say it all: “David Alaba is our God! He has already played is practically all ten outfield positions.

Despite his flexibility, he maintained his position as a left-back for most of his career. That move came with no exception, and he is still considered as one of the best in his position. But since the last few seasons, new additions in the left-back saw him play in the central defense and midfield, which he considers his favourite position.

Alaba gave invaluable advice to Alphonso Davies, the turbo-charged teenager who slotted into his former position. “He’s one of the best left-backs in the world, and he’s helping me out,” the Canadian acknowledged. “I’m very grateful for that.”

Having worked his way up through the U17s, U19s and reserves to the first team, the “little rascal” from Vienna leaves as one of the most decorated players in the club’s history. “Thank you to the fans for everything,” he concluded. “I’ll never forget this relationship, and it will always be in my heart.”

Alaba (28 yrs), being the youngest among the three, has almost half a decade of total European football in his bag. So let’s hope to see the youngster in another great shirt soon.

Who is Fabrizio Romano? Facts About the Journalist With a Tagline “Here we…

They came as heroes, and they’re leaving as heroes; Bayern bid emotional…