Arsenal strengthened their grip on fourth place in the Premier League by opening a four-point lead over Manchester United, who are one place below them, following a 1-0 victory over Aston Villa on Saturday.

The Gunners dominated the early period in the Villa Park sunlight, looking to bounce back from their midweek defeat to Liverpool – their first loss in seven games in all competitions.

Their superb, flowing first-half performance merited more than the one goal scored by Saka on the half-hour mark — Arsenal’s 2,000th Premier League goal.

Villa did not have a single shot on target in the first half, but improved after the break, finally making an attempt in the 61st minute through Scottish midfielder John McGinn’s curling effort just wide.

Arsenal, on the other hand, were content to sit on their 1-0 advantage until the final buzzer sounded, holding on in relative comfort to go to 54 points, four ahead of United in the race for the final Champions League qualification berth. 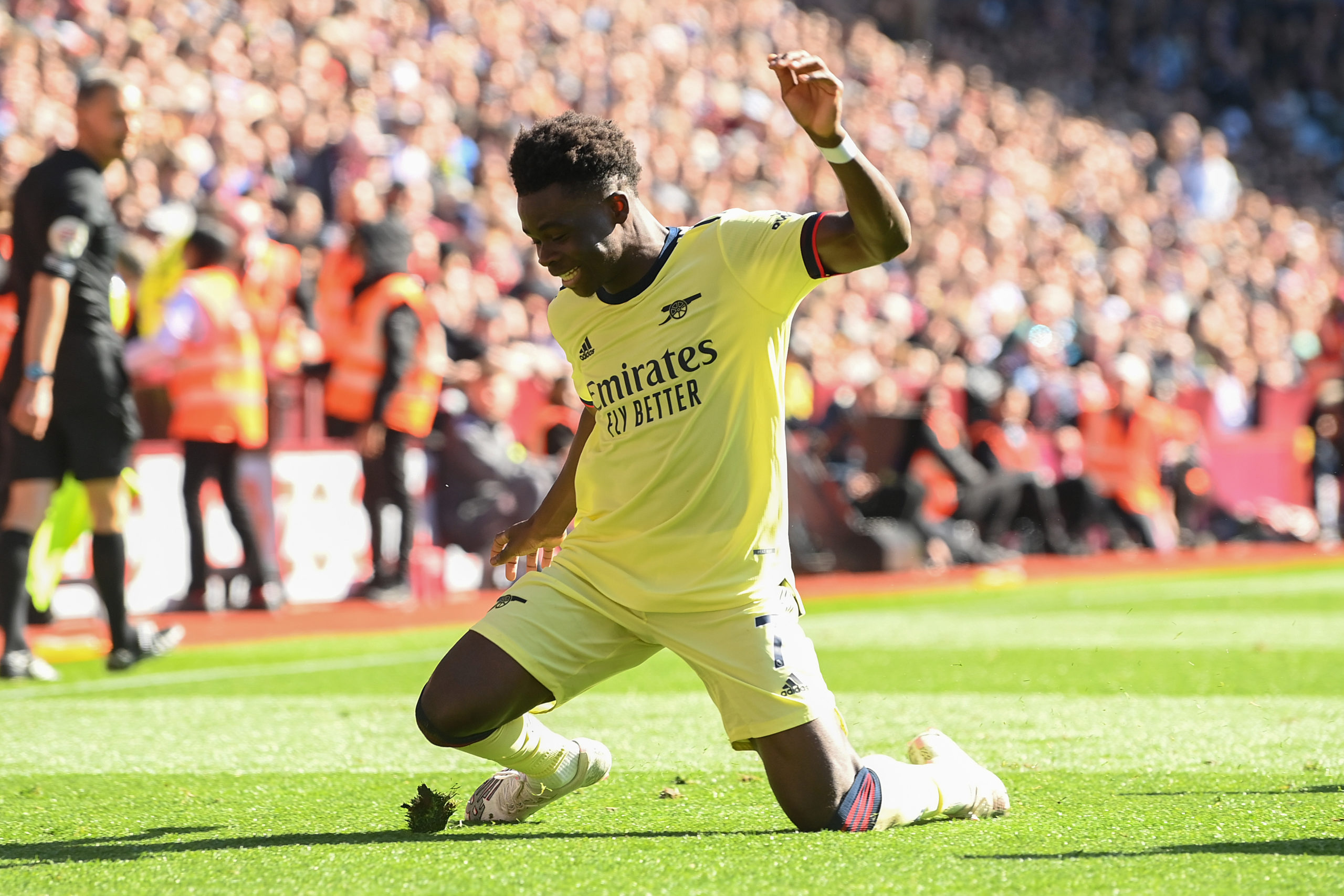 With United absent from Premier League action this weekend, Arsenal had a legitimate chance to clinch fourth place by winning a fifth consecutive away league victory in the Midlands –– the club’s longest such run since May 2015.

Given the number of chances they generated in the first half, with Emile Smith Rowe, who started his first game in a month, at the centre of it all, they should have been well out of sight by halftime.

Smith Rowe shot wide early on before setting up Thomas Partey, whose strike was too near to Villa goalkeeper Emiliano Martinez.

Alexandre Lacazette was then denied a goal by his own man — Smith Rowe again — but the pressure eventually paid off as Saka stroked home his sixth league goal of the season with his left foot.

Still in the game, Villa began to pose a threat following the break, with McGinn’s effort causing some jitters in the Arsenal backline, while Ollie Watkins had another effort touch the outside of the post and bounce wide.

However, Arsenal’s fifth consecutive away win was never in doubt, with the final whistle being met by massive celebrations from fans and players alike as the club eyed a return to the Champions League next season for the first time since 2016-17.