Eddie Nketiah’s brace vaulted Arsenal back into contention for a Champions League spot with a 4-2 victory against Chelsea in Wednesday’s thrilling London Derby at Stamford Bridge.

The Gunners took the lead twice in the first half, first via Nketiah and then through Emile Smith Rowe, only to be pegged back by Chelsea goals from Timo Werner and Cesar Azpilicueta.

However, Nketiah added a second early in the second half, and a Chelsea team led by Romelu Lukaku and Timo Werner could not respond. Bukayo Saka clinched the crucial three points with a stoppage-time penalty conversion.

Arsenal’s win ends a three-game losing streak and brings them back level on points with fourth-placed Tottenham and three points ahead of Manchester United, who have played one more game.

Chelsea maintains a five-point lead in third place and has a game in hand on both Arsenal and Tottenham despite the loss.

Nketiah pounced on a weak back pass by Andreas Christensen in the 13th minute, and Smith-Rowe finished off a flowing counter-attack in the 27th.

However, the visitors were promptly pegged back on both occasions, first by Werner’s deflected attempt and then by Azpilicueta’s close-range goal from a Mason Mount cross.

Nketiah restored the visitors’ lead in the 57th minute, stabbing the ball home after Thiago Silva’s interception deflected into his way off Malang Sarr. 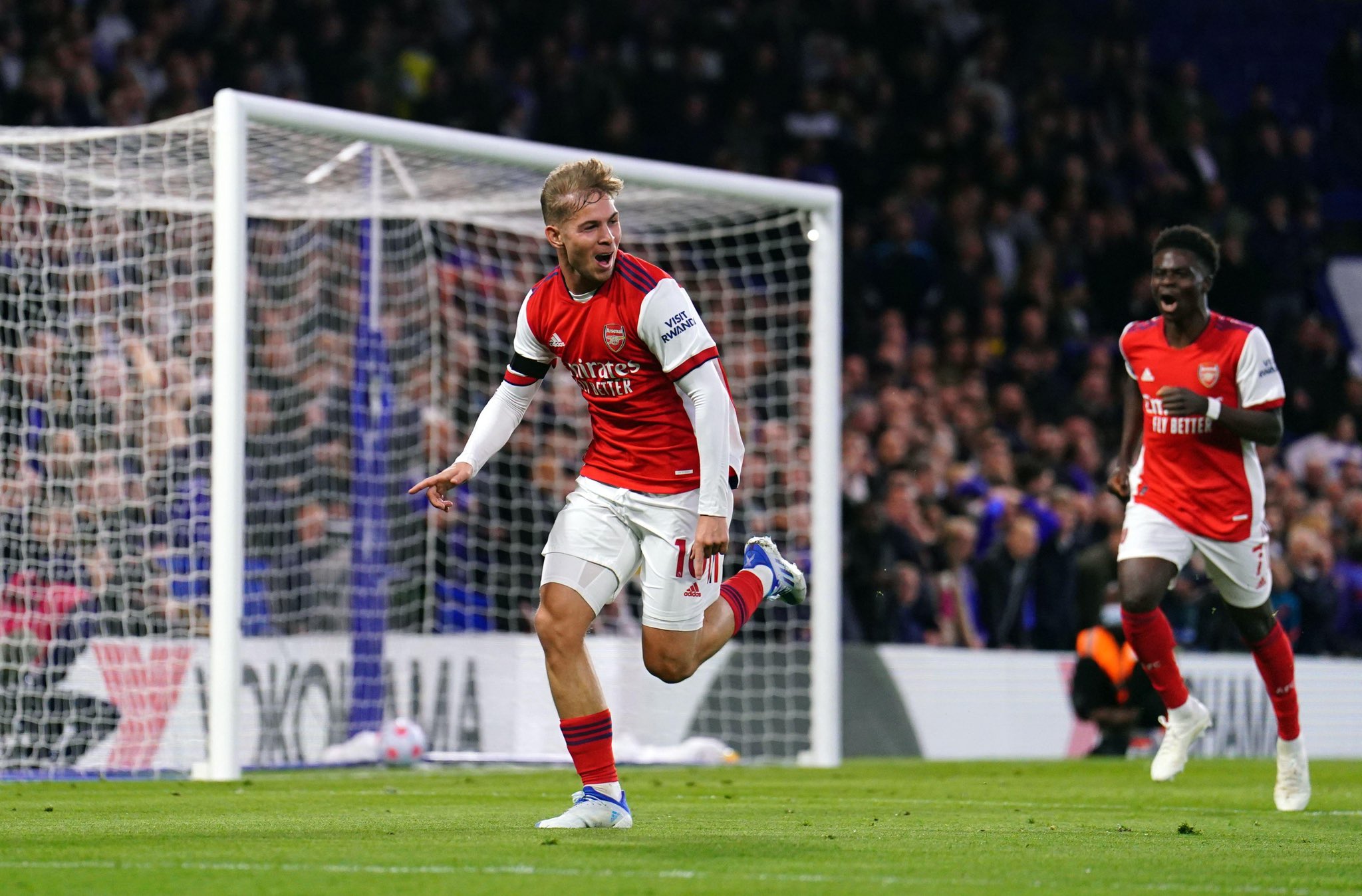 Chelsea rushed for a third equaliser, substituting Kai Havertz for out-of-form record signing Lukaku, who failed to impress once again after coach Thomas Tuchel gave him a rare start.

However, Saka sealed the victory with a penalty conversion in the 92nd minute after being ruled to have been fouled by Azpilicueta.

Chelsea had lost three successive home games for the first time since 1993, having been beaten by Brentford in the league and Real Madrid in the Champions League. They conceded 11 goals in four games, a record that contrasts with Tuchel’s generally strong defence.

“We wanted to give the fans something to believe in us, and we did that,” Saka told Sky Sports. “We showed fight and character. It’s a huge result. It means a lot to us. Losing three games in a row is really difficult.”

Wednesday’s game was played with some sections of Stamford Bridge empty following a March ruling by the government that Chelsea could not sell new tickets to their fans due to restrictions imposed by the club’s Russian owner Roman Abramovich.