Arsenal continued their blistering start to the season with a crucial 3-2 victory against Liverpool to return to the top of the Premier League table at the Emirates Stadium on Sunday.

Gabriel Martinelli struck in the first minute and Bukayo Saka followed with a brace to sink Liverpool to their second Premier League defeat of the season and into 10th place in the table.

“In the past two or three years, Liverpool have been a team we have struggled against. To win in front of our fans is special and it shows how much we are progressing,” Saka told Sky Sports.

Arsenal started at a frantic pace and opened the scoring within the first minute.

Expansive play down the right wing ended with Saka turning the ball inside to Martin Odegaard, who carved Liverpool’s back-line open with an incisive pass which was latched onto and finished by Martinelli. 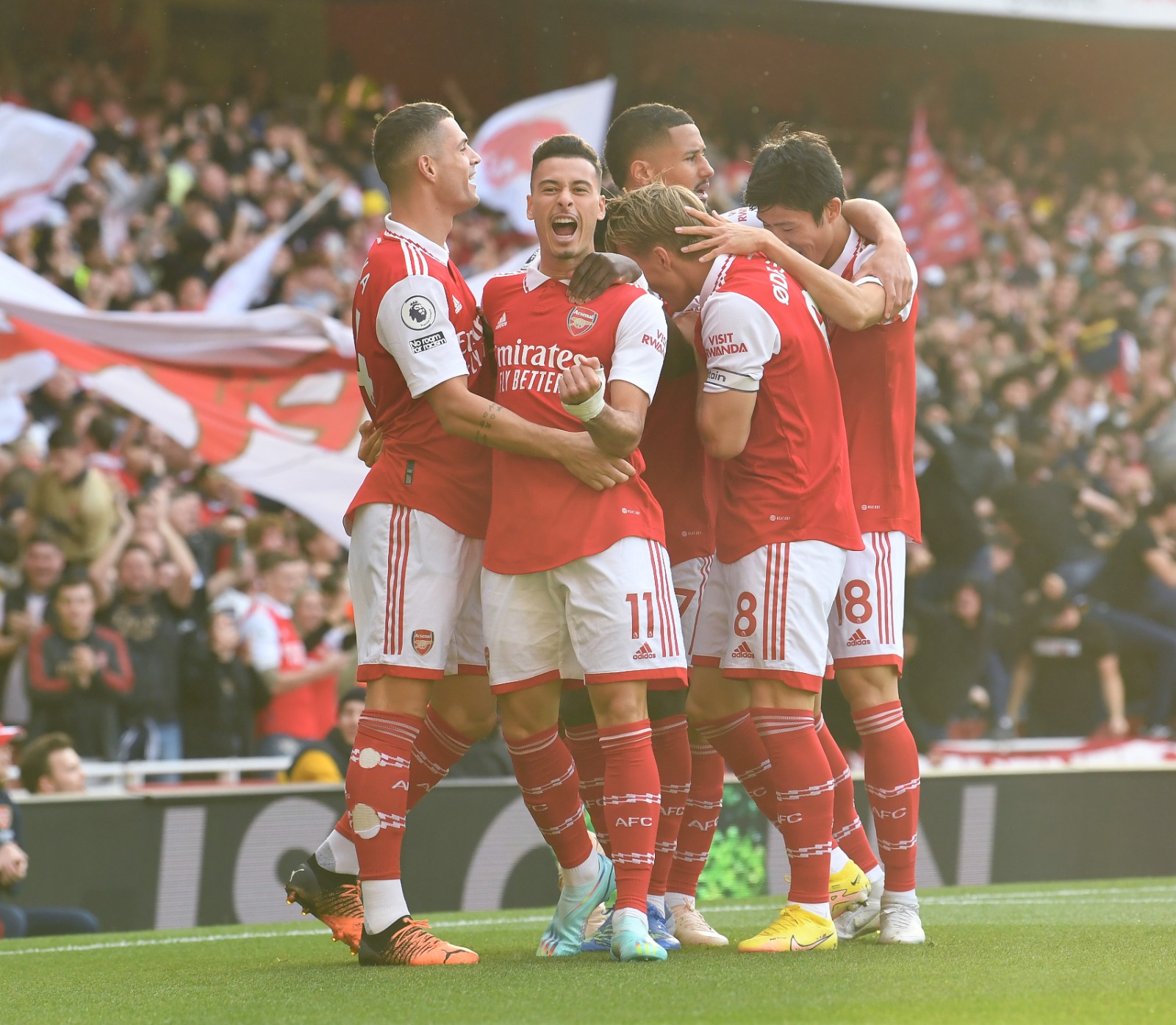 The hosts looked assured in the early stages, but Liverpool grew into the affair midway through the first half and their increased endeavour was rewarded 11 minutes before half-time, as Darwin Nunez scored his second league goal of the season.

Nunez, who has suffered a slow start since signing for a club-record fee from Benfica in the summer, clinically tapped home Luis Diaz’s cross to draw the game level. Diaz, the provider, was withdrawn from the pitch eight minutes later through injury.

And despite Liverpool’s rise, Arsenal enjoyed another spell of pressure late on in the half and were again rewarded.

Liverpool were exposed down their right side again, allowing Martinelli to flash a pin-point low cross to Saka, who sweeped home past Alisson. 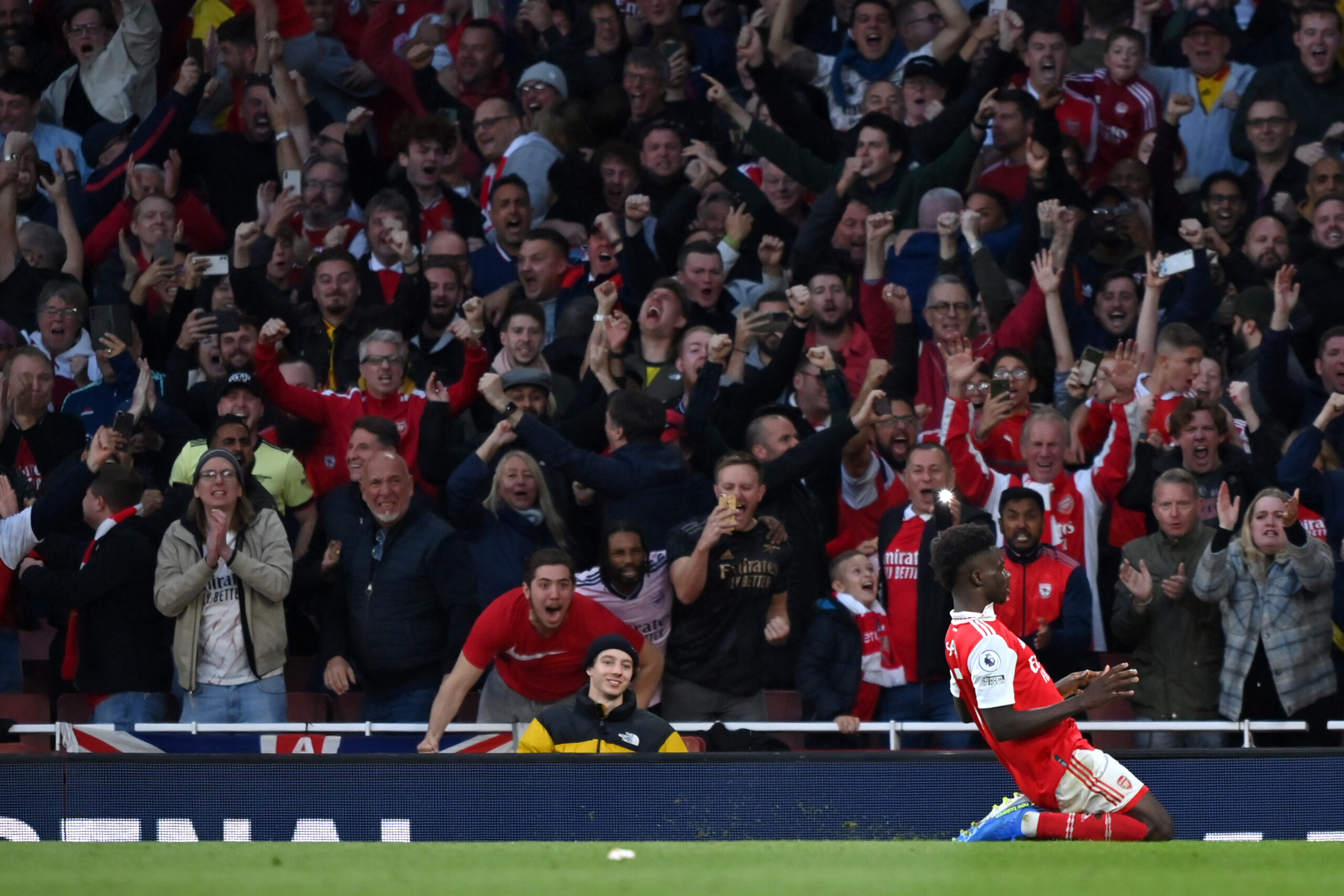 In a back-and-forth game, Liverpool struck back level eight minutes after half-time. Diogo Jota’s pass stretched the Arsenal defence and Roberto Firmino dispatched a left-footed strike past Aaron Ramsdale into the far corner.

But typical of Arsenal and Liverpool’s notoriously high-scoring affairs, there was yet another twist and it went the way of the hosts as Arteta’s side were awarded a penalty in the 74th minute when Thiago Alcantara was penalised for dangerous play on Gabriel Jesus

Saka doubled his tally, slotting past Alisson despite the Brazilian goalkeeper diving the right way.

“We are very disappointed,” Liverpool defender Virgil van Dijk said. “It was a very tough game — we had good moments and bad moments. It was decided by a penalty that was never a penalty but it goes so quickly. We couldn’t get the points.”

Arsenal held on to overtake Manchester City at the top of the Premier League table.