Bayern Munich narrowly beat Borussia Dortmund to win the Bundesliga title, while RB Leizpig and Bayer Leverkusen filled the remaining spots for next season’s UEFA Champions League. Borussia Monchengladbach, Wolfsburg and Eintracht Frankfurt also impressed, but will have to make do with Europa League football next season.

Throughout the season, we saw a number of players stand out and make a difference for their sides with their individual performances. Some of these players are perennial difference makers and continued to star this season. While a number of new names also emerged and catapulted themselves into the limelight.

Fans, team captains and experts have made their decision and voted for the “Team of the Season”. Between 3 and 19 May, more than 650,000 fans participated in the vote worldwide. 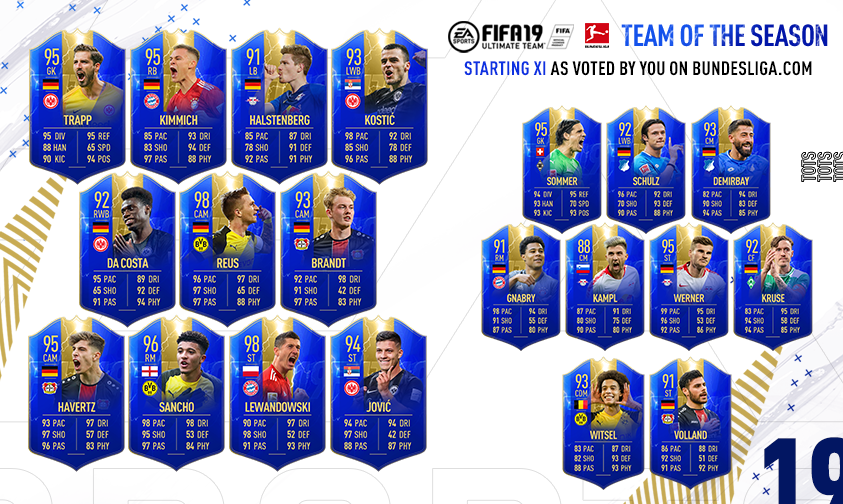 And these are the winners:

The votes have been counted, this is your @Bundesliga_EN Team of the Season! Available in #FUT from 6 pm UK. #BLTOTS #TOTS pic.twitter.com/EBQhyh4alD

Already for the third time, the Bundesliga cooperated in the vote with EA SPORTS to give all FIFA 19 fans the opportunity to use their voice to influence the FUT 19 Bundesliga Team of the Season.