Barcelona has revealed their 2019/20 kit with a bit of surprise as the Spanish champions ditched their stripes for a checkerboard style resembling the trademark Croatian national team jersey.

It’s a bold move to tackle tradition with a fresh aesthetic, but style can never be stale and Nike have mixed things up for Barca heading into the 19/20 season. The city’s Example neighbourhood pulses with creativity, and its residents are acknowledged as the building blocks of the city’s future. That’s the inspiration behind the checkboard.

This is not the first time the Catalonia giants have experimented with change; for the 2015/16 season the club swapped its traditional stripes for hoops, and the checkboard design is just the second shift from the club’s norm and provides a fresh interpretation of Barca’s world famous colours. The jersey’s V-neck collar is decorated by the stripes of the Catalan flag (well into that), and blue shorts and blue socks topped with a red trim wrap things up if you were wondering.

The move initially did not appear to have gone down too well with the fan base due to the striking similarity with Croatian jersey. And the balkan nation did not conceal their amusement as they took on to twitter to take a jibe at Ivan Rakitic’s club.

The new FC Barcelona home kit goes on sale to the general public on June 4 at all Barça Stores and via the usual sales outlets worldwide. The complete kit also comprises of blue shorts and blue socks with a red trim.

For the first time ever the Barça women’s team jersey, which since last season has had its own sponsor, Stanley, will be going on sale. The jersey will be available at the Barça Store from the first week of July, when this particular shirt will be launched. 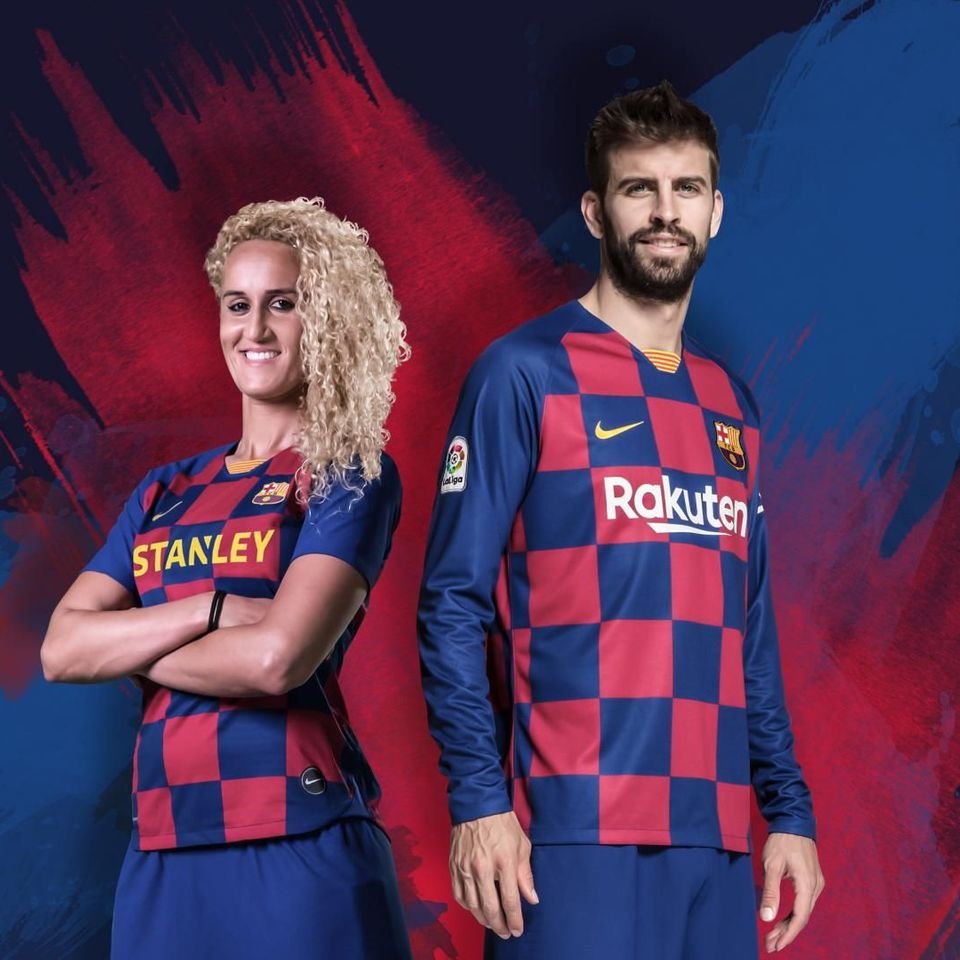 The worldwide launch of the new FC Barcelona home kit is taking place together with the campaign using the tagline “Talent takes different shapes” and starring the club’s own athletes alongside rising talents from Barcelona from the worlds of fashion, culture, science and cuisine.