After the dramatic highs of the semifinals, and with the ultimate zenith of the final to come, most expected the third-place playoff to be forgettable as usual. But nobody seemed to have told Morocco or Croatia that. An entertaining encounter at the Khalifa International Stadium saw Modric and company grab a 2-1 victory to end Morocco’s fairytale run at Qatar 2022.

This was a second consecutive top-three finish in football’s crowning tournament for Croatia, after a runners-up medal at the 2018 edition. The country, home to just 4 million people, had also finished third in 1998. “This is a medal for the Croatian people,” said Croatia manager Zlatko Dalic after the match, “This is bronze with a golden glow. We won a tough game.”

Morocco became the first ever African nation to appear in this fixture and, although defeat will be a bitter pill to swallow for Walid Regragoui’s men, their fourth-place finish is a benchmark for nations outside the traditional elite of Europe and South America.

Both coaches chose to freshen up their teams, with Croatia making five changes and Morocco making three from the starting lineups in the semis. The strategy appeared to work for Croatia as Dalic’s team took the lead after just 7 minutes. 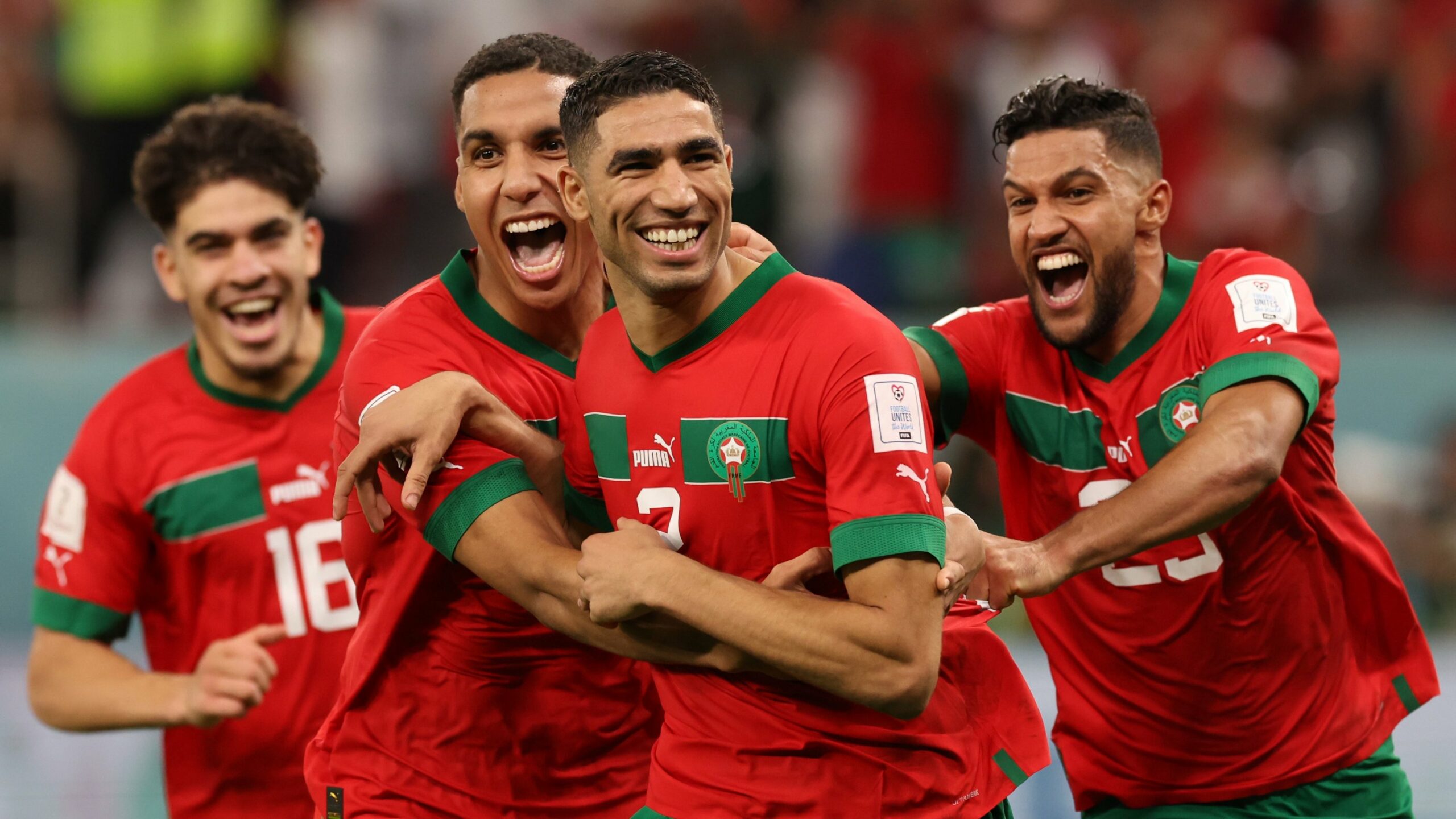 It was a clever set-piece routine that breached the Moroccan defence. A cross floated into the box was expertly headed on by Ivan Perisic, allowing the masked Josko Gvardiol to emerge from the mix with a brave diving header. Goalkeeper Yassine Bounou dived to his right but was unable to get near the ball as it nestled into the top corner.

His teammates refused to stay down though, with the equaliser coming just 112 seconds later. A set-piece of their own looped off Lovro Majer’s head and into the box where a carelessly unmarked Achraf Dari headed in. One centre-back had cancelled out another’s goal.

Encouraged by a wonderfully noisy crowd, Morocco then crafted several chances by exploiting the gaps in the Croatian defence. Their lack of a killer instinct in front of goal let them down.

Croatia scored what turned out to be the winning goal in the 42nd minute. After Morocco failed to clear their lines, Dominik Livaja flipped the ball to Mislav Orsic on the left edge of the area. The Dinamo Zagreb player ran around the ball before floating a wonderful right-footed shot across goal. The ball flew over a despairing Bounou, hit the far post and rebounded into the net. 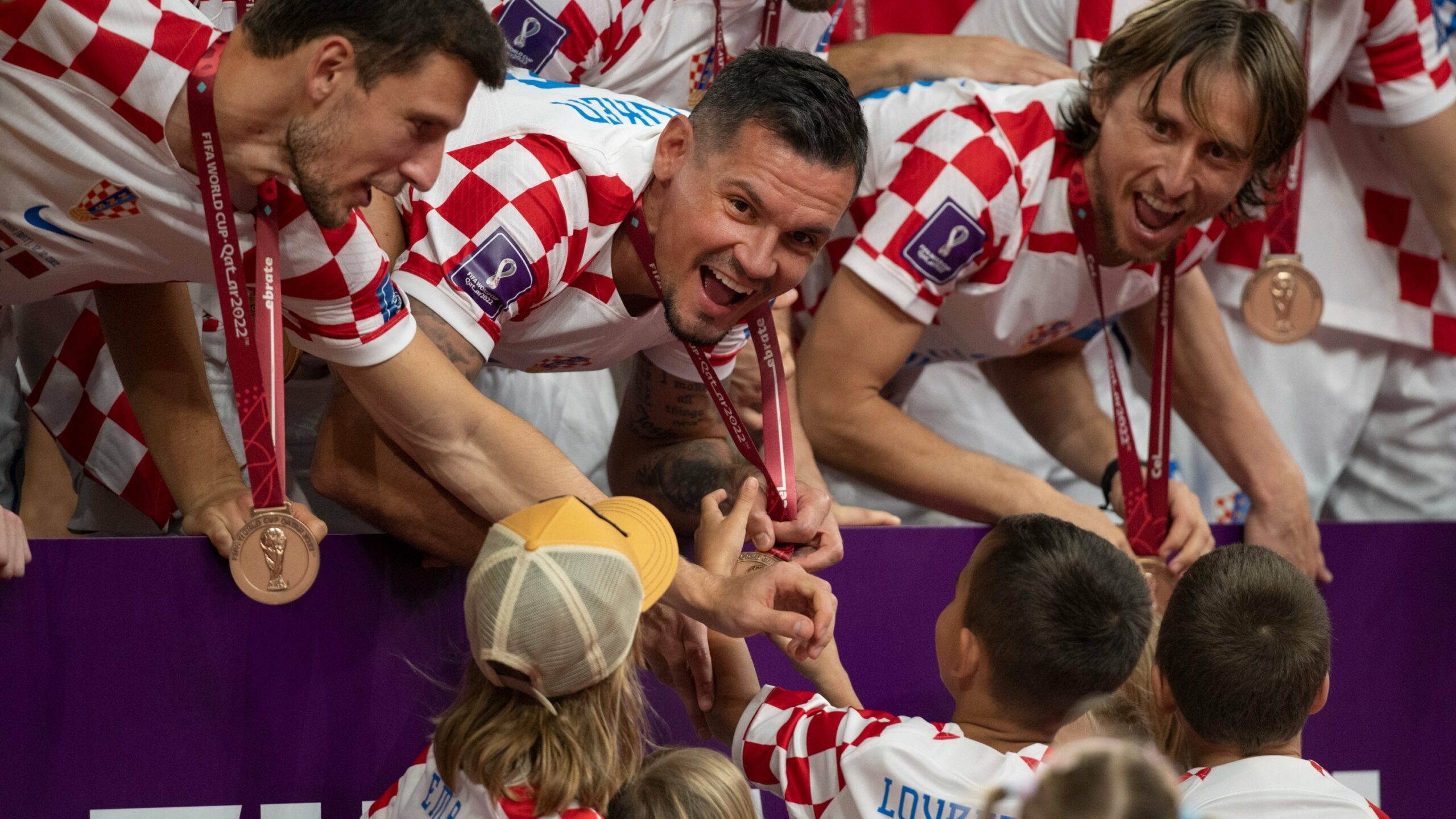 There was a visible drop in intensity in the second half, as the long tournament began to catch up with tired legs and bodies. Croatia could have had a penalty but it was waved off by the referee. Youssef En-Nesyri nearly sent the game into extra-time with a stoppage-time header that flew just over.
“We wanted to please our fans. We’re still happy, we’re among the four best teams in the world,” said Regragoui after the match, summing up the football world’s feelings about Morocco, “We provided everyone with a good show, we never gave up.”

This might also prove to be the legendary Luka Modric’s last World Cup match. Asked about the possibility of retirement, the 37-year-old said, “I can’t say anything. But of course, I am very happy with my career for Croatia…. My dream was to win the cup, it didn’t happen….. In the future, I want to continue until the Nations League, then we’ll see what happens.”