De Bruyne scored four goals as Manchester City thrashed Wolves 5-1 at Molineux to move three points clear at the top of the standings and within four points of the Premier League title.’

The early equaliser by Leander Dendoncker was rendered meaningless by the Belgian’s hat-trick, which he completed in just 24 minutes before netting a fourth goal late in the game.

Pep Guardiola’s squad needs only four points from their final two matches to finish ahead of Liverpool and win their fourth title in five years.

De Bruyne has played a key role in each of those prior victories, but this performance must rate among the best of his outstanding collection in a City jersey.

The Belgian originated the play that led to his team’s first goal, and he also finished it by converting Bernardo Silva’s assist. 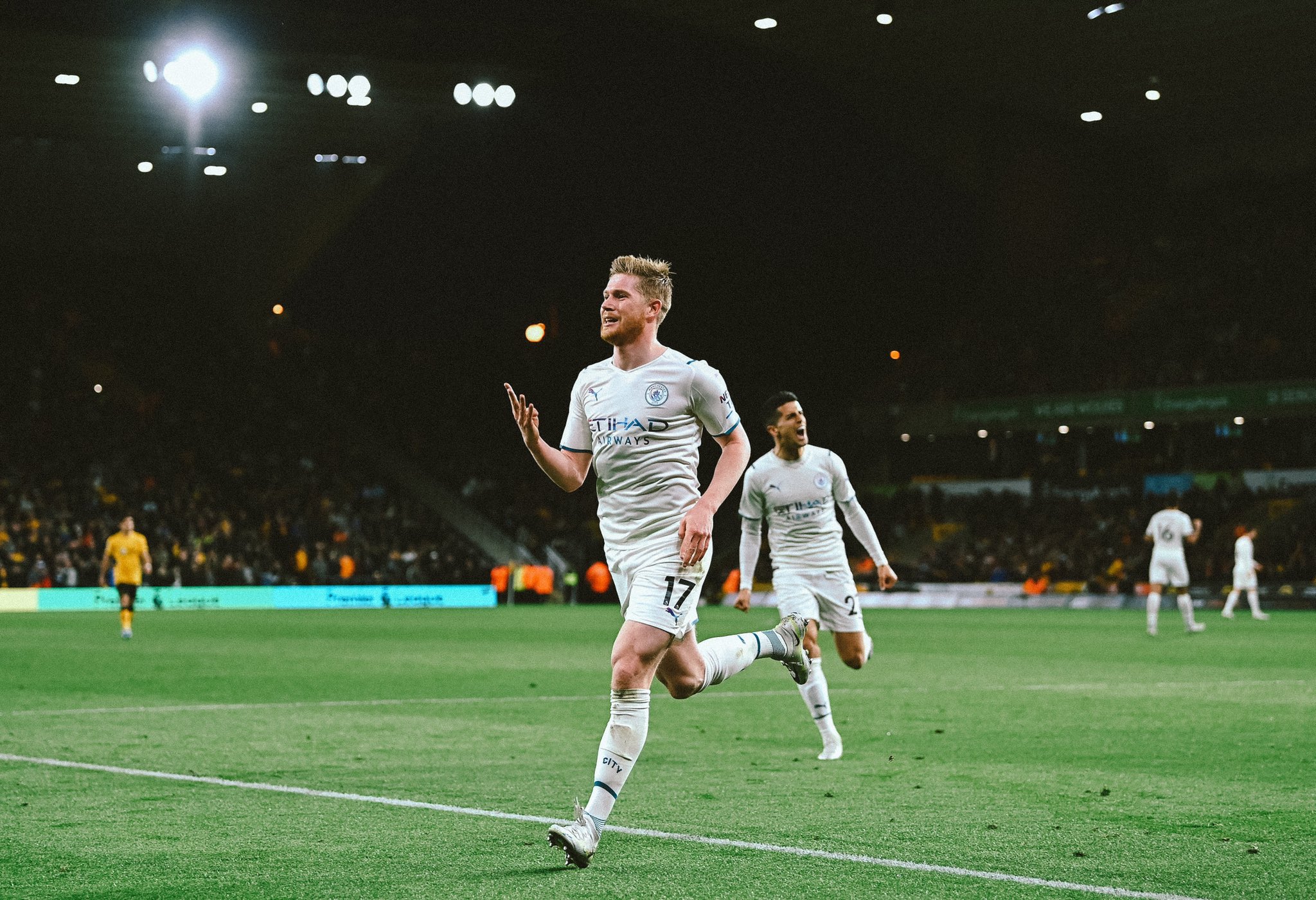 This was nevertheless De Bruyne’s moment, as he swiftly put his team back in the lead. Again, he contributed to the buildup and was in position to score the rebound after Jose Sa intercepted Raheem Sterling’s pass.

His third goal, scored again with his supposedly weaker left foot, was the best of the three; he drove to the edge of the penalty area and curled the ball into the bottom corner.

He copied the meditative celebration of his soon-to-be teammate Erling Haaland, with whom City reached an agreement to sign this week, but he wasn’t done.

City entered the second half seeking to enhance their goal difference, which was already three goals better than Liverpool’s prior to kickoff.

Oh, what a night! 🤩 pic.twitter.com/WJ0cR5kKRl

When Raheem Sterling sprinted free and beat Sa, he believed he had extended his team’s lead, but an offside call cut short his jubilation.

It was up to De Bruyne to make it 4-1, converting his first right-footed shot of the evening after a Phil Foden cross was diverted into his path and found the bottom corner.

Foden struck the post and Sterling missed an easy opportunity, but ultimately someone else got in on the action, with Sterling putting the ball into an empty net after Sa stopped Joao Cancelo.

However, this was still the De Bruyne show. City is not yet in the clear, and their next test is a difficult trip to West Ham on Sunday, but based on this performance, they will be difficult to stop.