AS Roma beat Parma 2-1 at the Stadio Olimpico on Sunday to end the season in sixth place in Serie A as captain Daniele De Rossi made his final appearance for the club.

Lorenzo Pellegrini gave Roma the lead in the first half but Gervinho looked to have snatched a point with an equaliser inside the final five minutes until Diego Perotti grabbed a late winner.

However, the home side’s slim chances of Champions League qualification ended as Inter Milan, Atalanta and AC Milan recorded wins to finish above them. 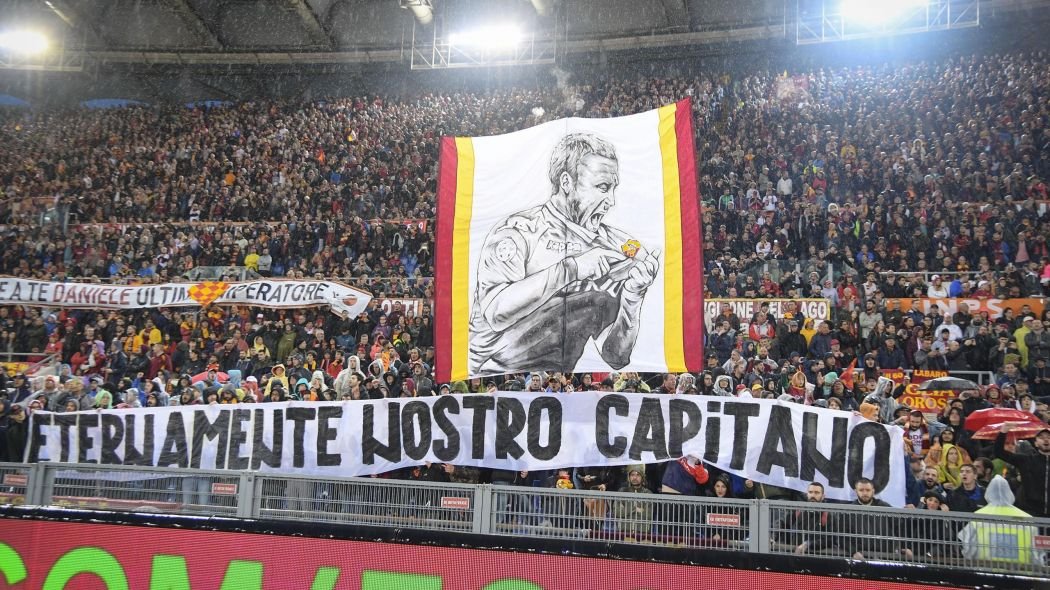 Roma’s decision not to offer De Rossi a new contract was met with furious protests from the fans, but a capacity crowd said an emotional farewell to their second-highest appearance holder as he pulled on the red and yellow shirt for 616th and final time.

De Rossi was substituted inside the final 10 minutes to a standing ovation as he bowed out 18 years after his senior debut for the club. Only Francesco Totti has made more appearances for Roma, with 786, than the former Italy international. The 35-year-old midfielder made his Giallorossi debut under manager Fabio Capello in October 2001. He scored 63 goals from 616 appearances.

“From his debut in 2001 to taking on the responsibility of the captain’s armband, he always represented the Roma fans on the pitch with pride as he established himself as one of the best midfielders in Europe.

“We will all shed tears when he pulls on the Giallorossi shirt for the last time against Parma, but we respect his desire to prolong his playing career – even if, at almost 36, it will be away from Rome.

“On behalf of everyone at Roma, I’d like to thank Daniele for his incredible dedication to this club and ensure him that our doors will remain open for him to return to the club in a new role whenever he wants” He added.

One day little Noah will grow up and understand just how special his dad was… ?❤️
#DDR16 #ASRoma pic.twitter.com/S0mnQRtvfp

"Now I will pass this armband on to Alessandro. Another brother, one that I know is equally worthy of the honour."
#DDR16 #ASRoma pic.twitter.com/k7gv1D12B2

The stadium remained full for a long time after the final whistle as De Rossi embarked on a lap of honour with his family and team mates to salute the tearful supporters.

After the match, De Rossi embraced all of his team-mates and outgoing head coach Claudio Ranieri – who will also leave Roma having returned following Eusebio Di Francesco’s sacking in March.

De Rossi pens farewell letter: “No-one will ever love you more than I do”