England and Austria made history by winning their first opening game at a European championship.

England who never won an opening game of the European championship put an end to bad luck on their 10th attempt as they edged past Croatia by 1-0 at Wembley in the first group D match of Euro 2020.

Raheem sterling who had a miserable season with Manchester city repaid Southgate’s faith in him, sliding in the winner after 57th minutes following a brilliant pass from man-of-the-match Kalvin Philips.

The Three Lions met their world cup semi-finalist for the third time in a major tournament and were revenge with a historical win for England football history.

This ones for you guys!! We turned up 🦁🦁🦁 #BoyFromBrent pic.twitter.com/LrUvd5Gvfi

Gareth Southgate’s side almost took an early lead less than 10 minutes to game. But Phil Foden’s curled shot towards the bottom corner heartbreakingly clattered off the inside of the post. Raheem sterling after he bookended a difficult time with Manchester city repaid Southgate’s faith in him, sliding in the winner after 57th minutes of the game.

Croatia, who beaten England in their last two attempts, never looked like repeating their victory and leave England with three points to take into their second Group D game against Scotland in Wembley. On the same evening of 18 June Croatia plays the Czech Republic at Hampden Park.

On another match in Group C Austria registered their first European championship win at the seventh attempt as they edge past North Macedonia with a 3-1 triumph in Bucharest. 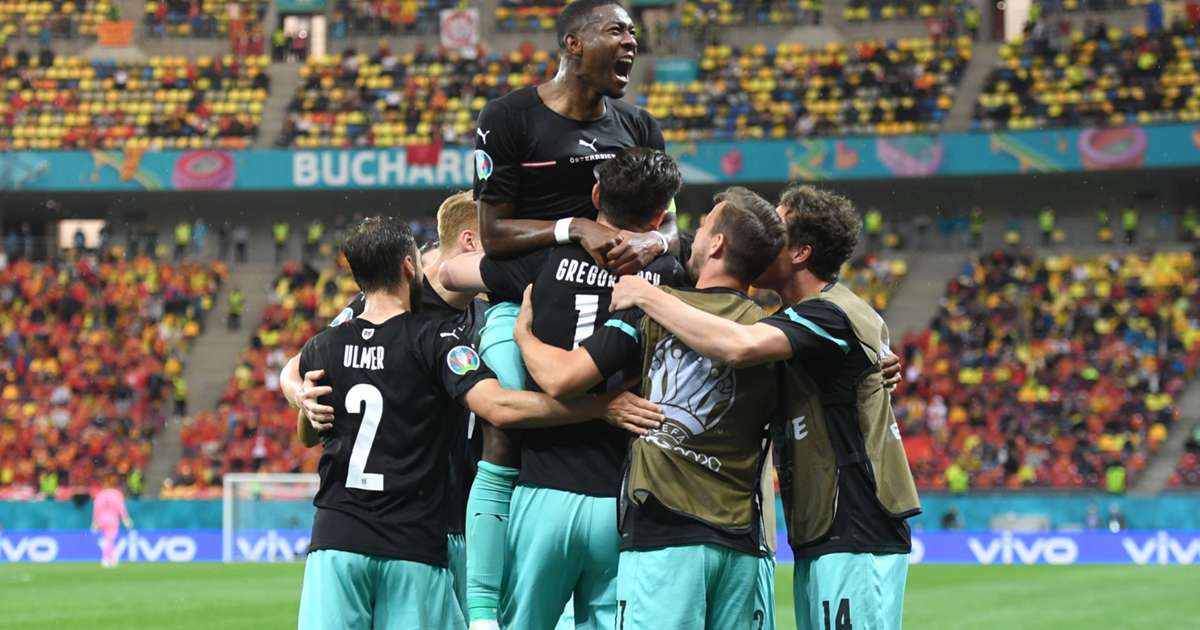 Stephen Lainer opened the scoring for Austria on the 18 minutes. But after 10 minutes Goran Pandev equaled the scoreboard and became the second oldest scorer in European championship history. Substitutes Michael Gregoritsch and Marko Arnautovic both scored in 78th and 89th minutes respectively, make sure Franco Foda’s side claimed all three points from the tussle.

North Macedonia won the hearts of football fans around the world for strangling attacks of Austria, who expected an easy win against the debutant side. Alaba’s cross at the 78th minutes of the game was the first death nail on Macedonian hopes and later Arnautovic added up to it after a mix-up at the back.

Despite the loss, Macedonia definitively proved that they belong at the competition, with Eljif Elmas cementing his position as one to watch over the coming days.

North Macedonia faces Ukraine on Thursday. On the same day, Austria meets the Netherlands in their second Group C game.