Leeds maintained their perfect start to the season by defeating Chelsea’s revamped squad with a performance that will give Thomas Tuchel nightmares.

Edouard Mendy’s error in a straightforward clearance allowed Aaronson to score for Leeds shortly after the half-hour mark, giving Leeds seven points from their first three games. The American forward stole the ball from Chelsea’s goalkeeper and dribbled it into an empty net.

🎙 "It showed who wanted it more" pic.twitter.com/MekR1h4KAO

Chelsea were unlucky to be one goal behind after missing early opportunities, but they were soon two goals down when Rodrigo headed in Jack Harrison’s deft free-kick for his fourth Premier League goal of the season.

In the 69th minute, Rodrigo nodded down Daniel James’ cross into the path of Harrison, who shot past Mendy to put the game out of reach.

Losing Kalvin Phillips to Manchester City and Raphinha to Barcelona after clinching Premier League survival on the penultimate day of the previous season, Leeds’ story was expected to be one of adaptation. 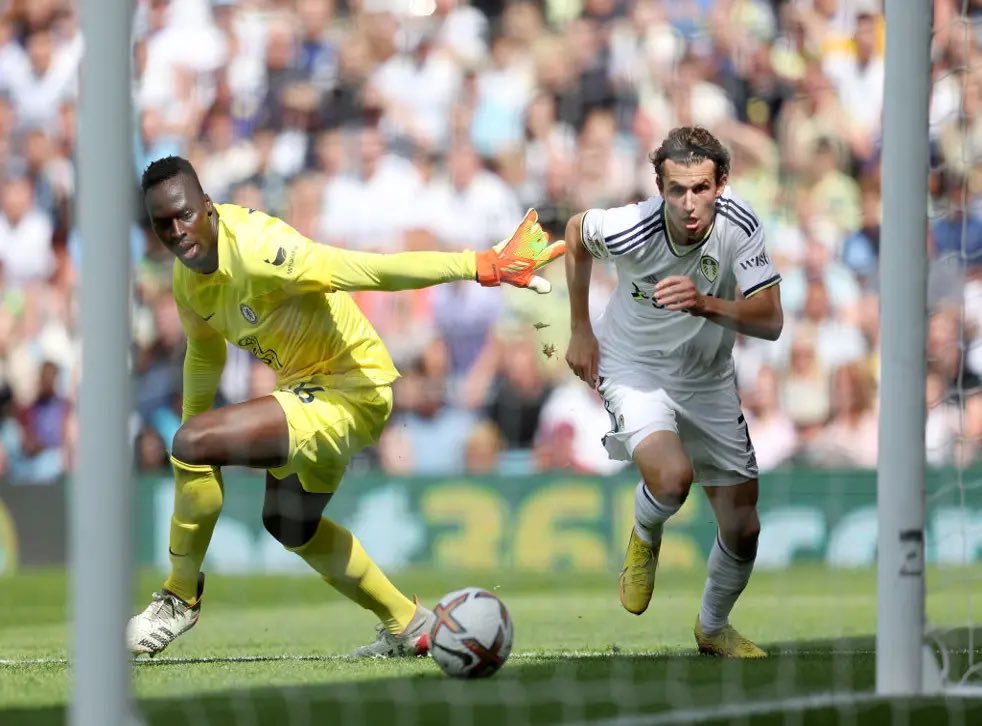 Manager Marsch’s shrewd acquisitions gave Leeds a winning mentality and work ethic that rivalled but did not surpass Chelsea’s. They were also helped by the crowd, which was raucous before the game began and only became louder as the visitors fell apart.

Atmosphere burst in the 33rd minute when Mendy made a blunder, deflating what had been an encouraging start in which Tyler Adams dominated Conor Gallagher, making his Chelsea debut, in midfield.

Midfielder Aaronson, who joined Leeds in the summer after being purchased from RB Salzburg, showed his persistence when he chased down Thiago Silva’s backpass and scored the game-opening goal when goalkeeper Mendy fumbled the ball a yard from the net.

After those four minutes, Elland Road was in disbelief and Marsch was sprinting along the sideline. With his fourth goal of the season, Rodrigo put United further ahead and into first place in the Premier League’s scoring race. Again, Harrison’s corner kick caused problems, and Rodrigo’s goal put him atop the league scoring charts.

Most of the second half was spent containing Chelsea as they pushed for an equaliser. Fans were able to take advantage of the beautiful day in Yorkshire thanks to a third goal and a resilient Leeds defence.