Manchester City completed a remarkable comeback to tie 3-3 at Newcastle United in a frantic contest that featured six goals and an overturned red card.

Newcastle led by two goals after 54 minutes, but Erling Haaland and Bernardo Silva scored within four minutes of each other to keep City’s Premier League championship defence undefeated.

City took advantage of Newcastle’s poor early defending as Ilkay Gundogan was found out in the box and given time to adjust before firing past Nick Pope to secure a fifth-minute lead.

Have won 5 points – last year it took until Nov 6 to reach 5 pts pic.twitter.com/wCJY7qqy2F

Eddie Howe’s team responded brilliantly, creating many opportunities. In an entertaining first 20 minutes, Miguel Almiron squandered the greatest opportunity by blasting over after being set up by Allan Saint-Maximin.

But Almiron rightfully tied the game in the 28th minute. His improvised effort from Saint-cross Maximin’s was initially ruled out for offside, but a VAR review overturned the judgement, giving Newcastle a point.

Newcastle dominated their opponents in the opening half and were rewarded six minutes before halftime. More probing from Saint-Maximin set up Callum Wilson, who cut inside and shot past Ederson with the outside of his boot. 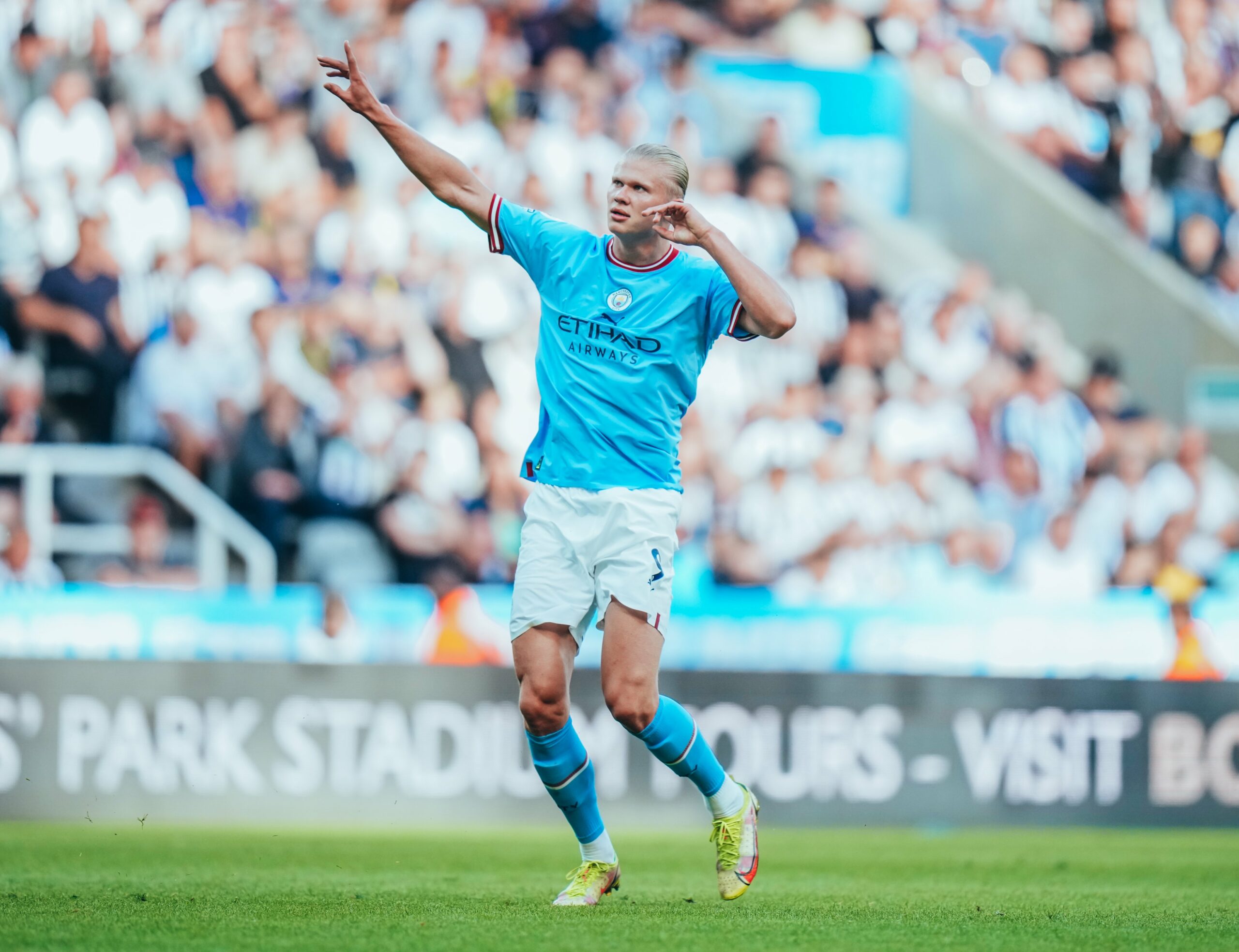 Erling Haaland, who had been quiet in the first half, hit the crossbar seven minutes after the break.

Newcastle, though, responded next and extended their advantage over Pep Guardiola’s side, with Kieran Trippier sending a 25-yard free-kick soaring into the top corner.

St James’ Park was quickly silenced, though, as two quick goals brought City back level by the 64th minute. With 30 minutes remaining, the prolific Haaland ignited the comeback, latching onto Rodri’s flick and volleying in from close range. Kevin De Bruyne’s clever ball in behind found Bernardo Silva, who slid the ball past Nick Pope three minutes later.

The only way to stop him. ⬇️ pic.twitter.com/YHaNWKT4hf

In a hectic match, both teams pressed for a winner, but neither could find it. Newcastle were encouraged by keeping striker Trippier on the field after he was issued a red card by referee Jarrod Gillett, but a VAR check changed the judgement to yellow.