Newcastle took the lead in the 35th minute when Kieran Trippier converted a free-kick, and the only other time the net bulged during the encounter was when Ollie Watkins scored just after the hour mark, but the goal was disallowed for offside.

Newcastle put in a solid effort, holding an in-form Villa at bay, with Dan Burn in particular standing out at centre-back. With the new acquisition at the heart of defence, there was an assurance about the Magpies’ performance that has not always been present this season. 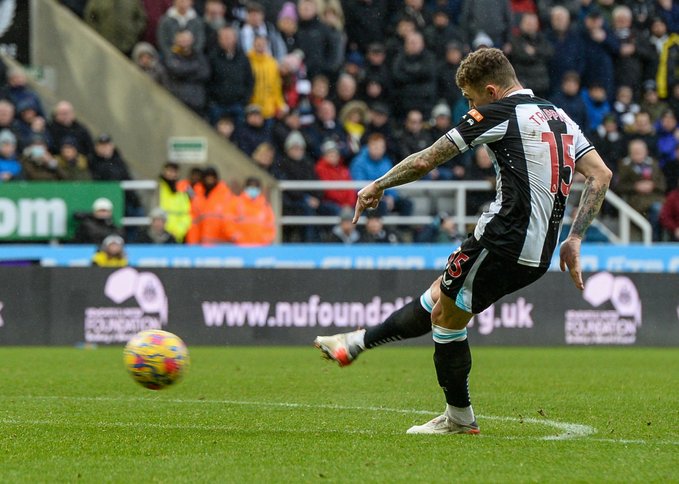 Villa pressed for an equaliser right up to the last whistle, but Newcastle showed incredible resilience to hold on and achieve their third consecutive victory. While they remain 17th, their four-point lead over Norwich City in 18th feels big in comparison to where the Magpies were not long ago.

Although Newcastle had a solid day overall, Eddie Howe will be upset to see Javi Manquillo and Trippier go out injured, while Allan Saint-Maximin and Martin Dubravka appeared to be nursing knocks at various stages during the game.