Defending champions Bayern Munich thrashed their closest title rivals Borussia Dortmund 5-0 to move back to the top of the German Bundesliga.

Dortmund, who were standing two points above the Baverians on the table with seven games remaining, were devastated following a ruthless first-half display from the hosts at Allianz Arena.

Dortmund could never recover from the shock and awe of the first half as Lewandowski put the last nail on their coffin in the late second half. The match which was widely described as the biggest showdown of the season in Europe thus became an apparently one sided affair.

With a moral boosting victory over their long standing arch-rivals, Bayern is aiming to win a 29th league title. The result is a late relief for the boss Niko Kovaik who is under pressure for the German giants’ under performance in the European competition as well as a less convincing domestic campaign. Bayern have 64 points from 28 matches, one point above die Schwarzgelben.

On the other end the disaster in Munich will raise certain immanent questions over the free flowing football of the BVB. They were in a very comfortable position to end the Bayern domination in the Bundesliga as they ended the campaign with a strong 9 points lead on the top of the table in December. But Bayern capitalised their stuttering start from the new year to get back to the place where they belonged for quiet some time.

Man of the Match Lewandowski reached a remarkable landmark in his career during the thrashing of his earlier club. The Polish captain became the second fastest player to reach 200 goals in German top flight. 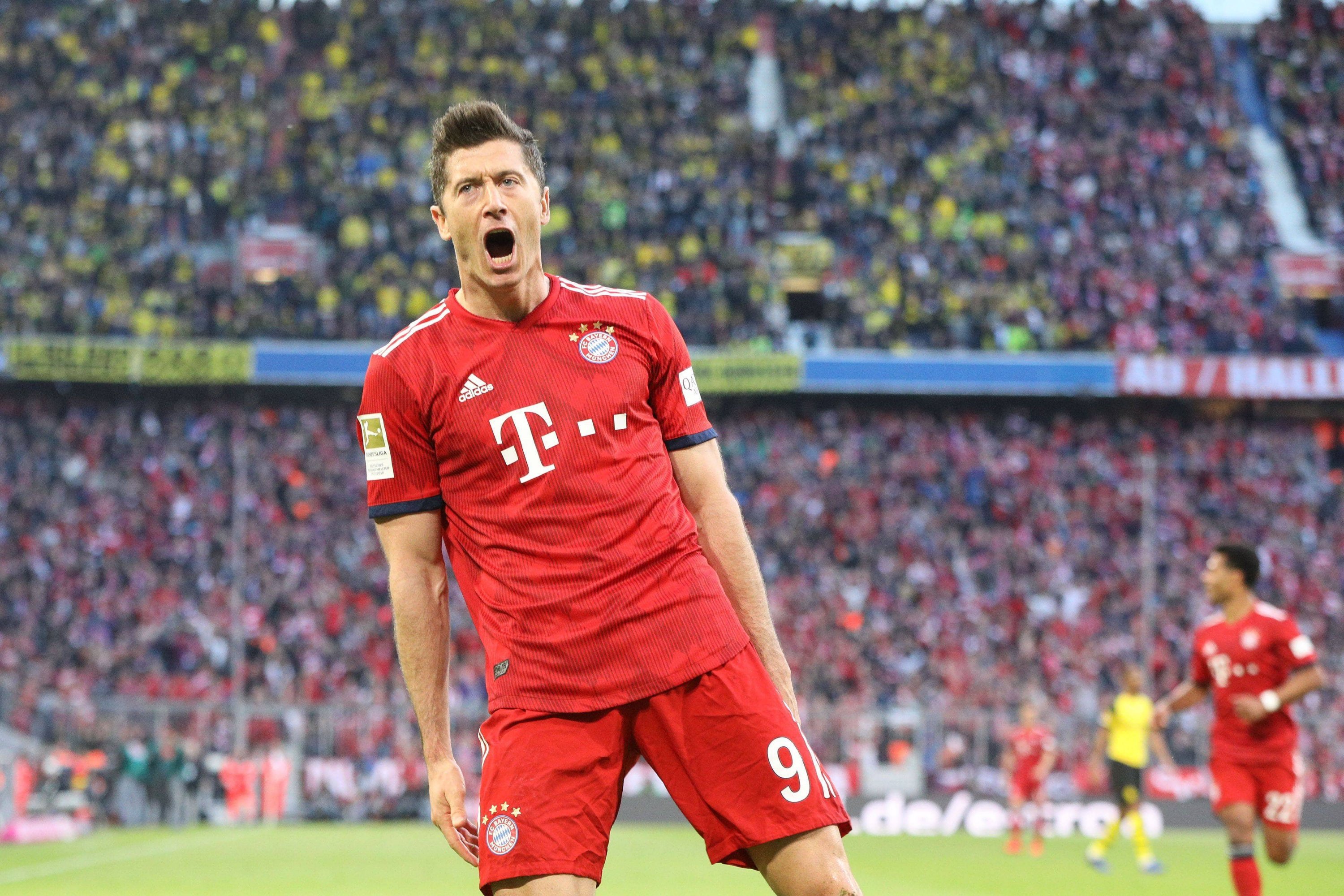 “It means a lot to me. I never thought I could score so many goals in the Bundesliga,” said the joyful striker. Only German legend Gerd Müller (365 goals), Klaus Fischer (268), his former coach Jupp Heynckes (220) and Manfred Burgsmüller (213) are ahead of Lewandowski in the Bundesliga’s all-time scorer rankings.

With his two clinical finishes the 31 year old became the record scorer in Der Klassiker, the El-Classico of Bundesliga.