Arsenal’s rebuilding under Mikel Arteta took another leap as they swept aside Bournemouth 3-0 in a packed Vitality stadium to go top of the Premier League table.

Captain Martin Odegaard led from the front as he scored a brace inside 10 minutes of a blistering first half controlled by his team.

William Saliba added a third with his debut Premier League goal as Arsenal passed another test of character and determination away from home.

An utterly dominant display helped the Gunners to register three wins in a row for the first time in 18 years, starting a domestic campaign.

Jesus breezed past the Bournemouth defence in the fifth minute, setting up a goal for Gabriel Martinelli and a perfect start for Arsenal. After goalkeeper Mark Travers made a diving save from the winger’s low shot, Odegaard was there to slot home the rebound.

The Norwegian struck again off a Ben White cross to put Arsenal in the lead. He pounced on the ball off Jesus’ feet and finished with a left-footed strike past the bewildered Cherries goalkeeper. 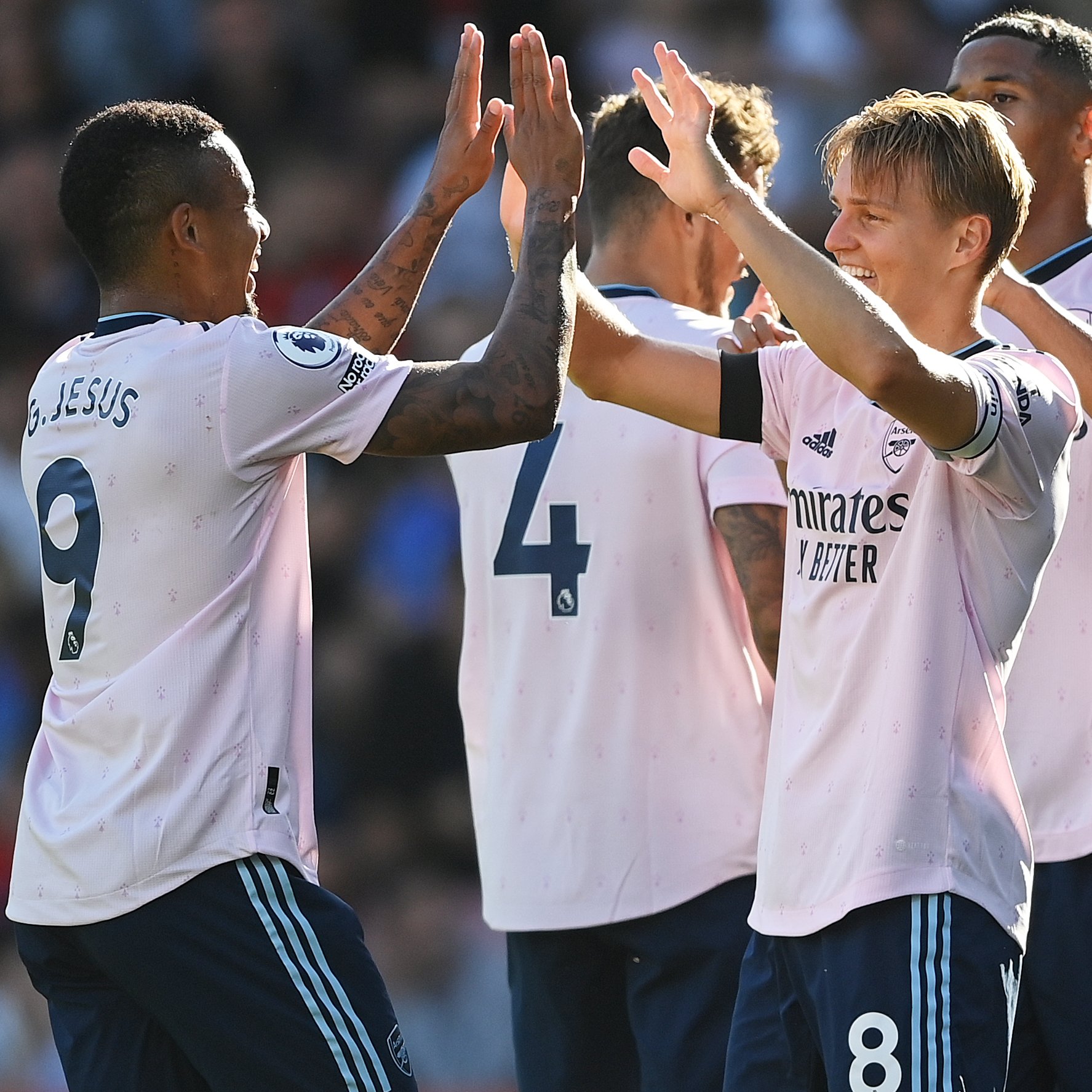 In the first half, the visitors rarely appeared to be in danger as they put on a flawless performance for their travelling fans, who had a wonderful afternoon to savour.

The visitors seldom looked threatened in the first half, putting on a flawless performance in front of their travelling fans, who had a fantastic afternoon to remember.

However, the hosts showed renewed eagerness to return to the game, but that buoyancy vanished when William Saliba scored his first goal for the club in the 54th minute, looping home a cut-back from Martinelli with his left boot.

William Saliba had himself a game 😤 pic.twitter.com/KRc1NtYODC

In the 72nd minute, Jesus appeared to have scored his own deserved goal when he grabbed on to Odegaard’s excellent pass before dinking the ball over Travers, but it was deemed offside following a lengthy VAR review.

Kieffer Moore had a chance to reduce the lead for Bournemouth in the 79th minute as he rose to meet a cross, but goalkeeper Aaron Ramsdale deflected the striker’s looping header with an acrobatic save.