‘Arshavin of Arsenal’ is simultaneously a signifier and a non-signifier in many ways. The Russian baller’s stellar career of ten years at Zenit st Petersburg is glossed over to captivate the ebb and flow of his tumultuous days in North London. On his flight back to Russia in 2013- after four years of London odyssey, many people rued for what his days with gunners could have been if fittingly placed.

Nevertheless, on and off the pitch, the idiosyncrasies of the only Russian player to have captained both the club and national team and who holds a bachelor’s degree in fashion design confront me, saying, “his footballing days at arsenal are worthy of a tribute, or an ode.” Aren’t they? 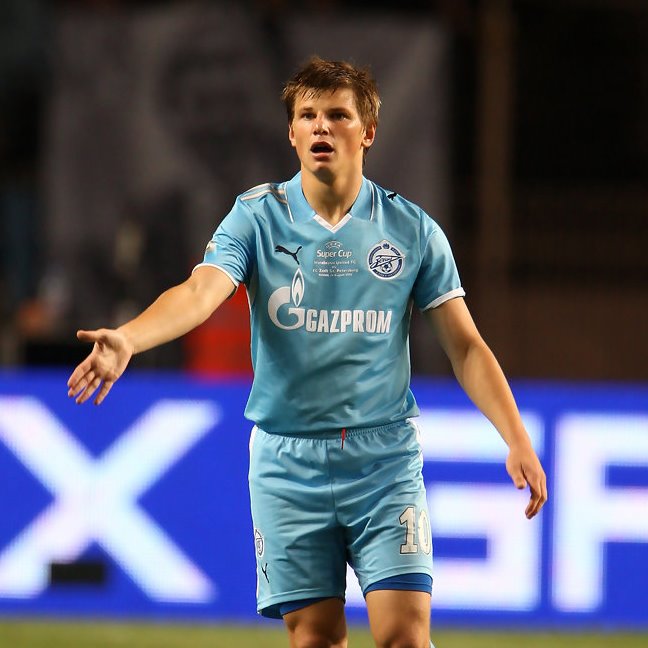 Today marks the 41st birthday of Arshavin. Yet, an ode to Arshavin is almost impossible. Those who adored him- his agents, mates, fans and coaches, hold themselves back from writing an ode for Andrey, for he never reminded them of his persona, not skills. But they paid tributes, fair enough.

Arsenal’s then keeper Manuel Almunia told about Andrey to Bleacher Football: “training well every day, doing everything the manager wanted from him. He’d come in, be happy in training, train well, and then go home without really speaking to anyone. That was Andrey. He was a cold-blooded guy, you know?”

That was 29th April 2009; nobody could ever have a clue about the spectacular drama that would be unfolded at Anfield. Some guy from Russia just ‘walked alone’ with four out of four goals scored against the ferocious side Liverpool at their home. Liverpool then were celebrating the glamorous complexion between the duo- Steven Gerrard and Fernando Torres and was in the title race placed one position below Manchester united.

Their urge to win the match was overtly manifested in every eye-catching move they made, which subsequently side-lined Arsenal to mere counterattacks. Late in the first half, the Russian international who had just moved in at a then-record transfer of 15 million euro deal himself gave the breakthrough for the North London side. 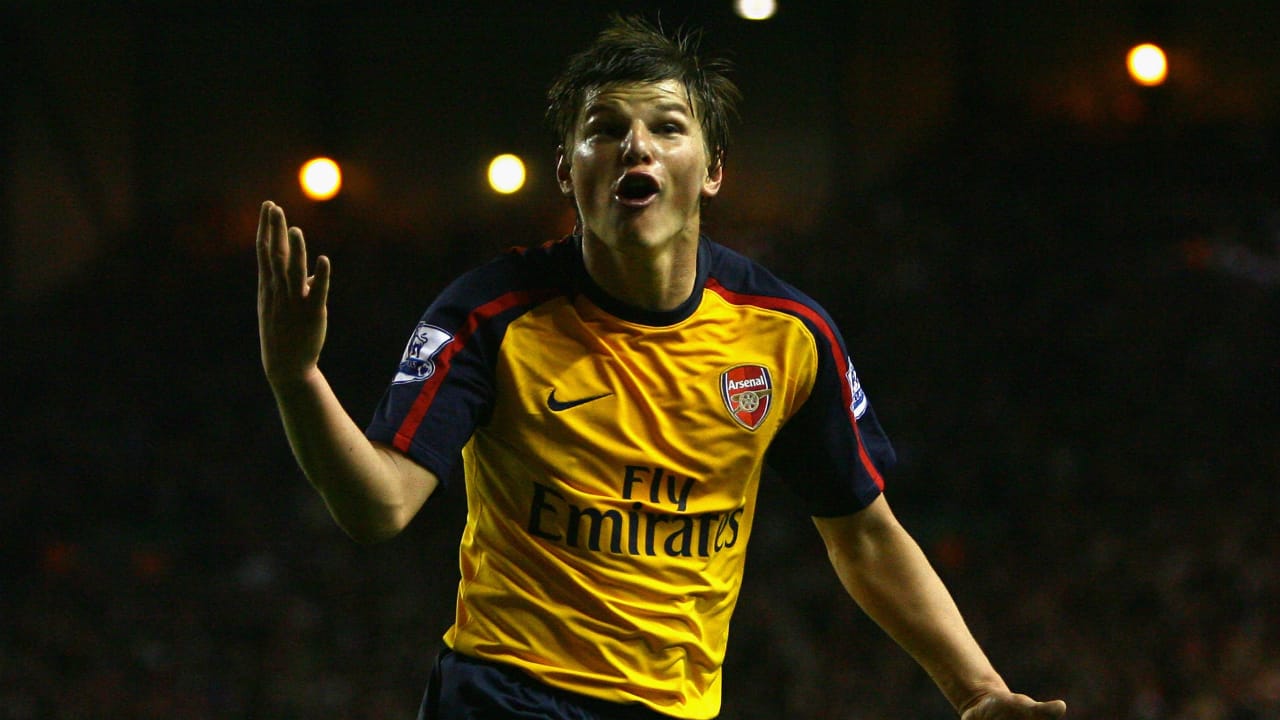 Cesc Fabregas collected the ball from the near post evading the offside trap and rolled the ball laterally to Andrey, who lofted the ball with his advancing left foot to the back post.

Though the Kopites went dumb at the celebration of Andrey with his index finger placed against his lips, Liverpool went on invading Arsenal’s half only to produce the equaliser after 10 minutes square from the first goal.

Later in the drama, Torres himself once and Benayoun twice lashed the ball into Arsenal’s post to take the lead three times. Amidst the mess, Arshavin delivered the impossible for Gunners in the most extraordinary fashion.

He netted four, upon which Arsene Wenger commented, “I didn’t expect him to do that”. His second and fourth were most memorable for the pace, technique, intensity and presence of mind. At a moment of sheer madness, he simply stepped over Liverpool’s Aurelio and catapulted the globe into the bottom corner to score his second. 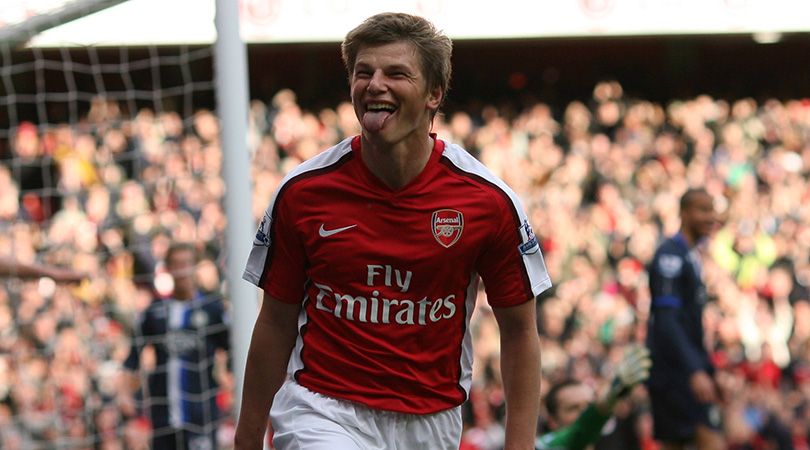 And his fourth was less paralleled in many ways. Freshly presented substitute Theo Walcott- one of the fastest men in modern football, runs the pitch length through the right-wing found Arshavin making way through the centre. Arshavin received the diagonal ball from Walcott. Before Liverpool keeper and fans get a clue of what happened, they saw Arshavin wheeling away with his four fingers up in celebration.

Not many players did that, where the presence of mind by the player is put to sharp relief. Following the one-touch, Arshavin trolled forward to launch the ball from the touchline of the 18-yard box right into the hearts of Liverpool. His weak foot seemed even stronger!

Days before the virtuoso performance against Liverpool, he staged another enthralling moment which also constituted his first goal for the Gunners. Receiving the ball from out wide, he invaded the penalty box, tossed over the centre back, and lofted the ball into the top corner from an arduous angle; Blackburn Rovers stunned!

Even more poetic was his goal against Barcelona, which yielded a 2-1 victory against the La Liga giants at their prime in the champions league stages. Post to the tight angle equaliser from Dutchman Robin van Persie, Arshavin scored the memorable winner against Barca.

Nobody saw the danger coming in the form and flow of Arshavin, hands outstretched, asking for the ball. Abidal, Pique, Valdes down the lane, Arshavin’s kick float past the symmetrical edifice of Barcelona like a hovercraft. A major win for Arsenal! 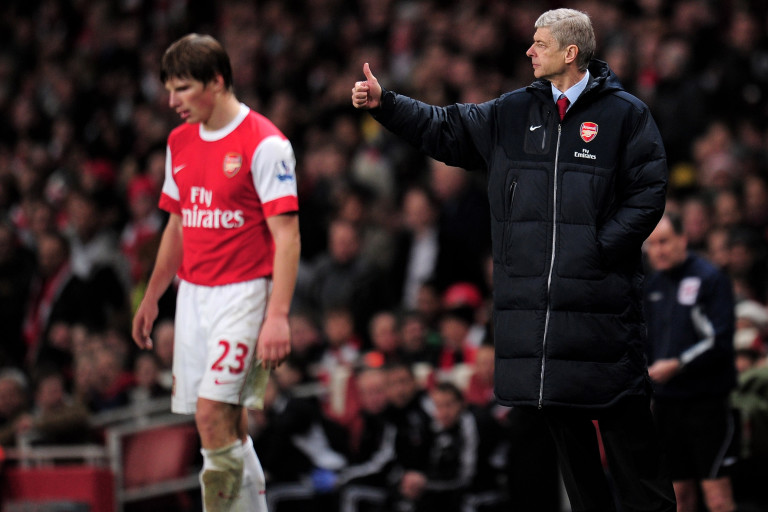 After his glimmering performances in the first and second season with Arsenal, he faded away, eventually. He was not even a threat in the last season. The scintillating Arshavin, who was always fun to watch at his craziest celebrations beyond the touchline, became sapless. Arshavin rendered a decent return for his momentous transfer playing as a second striker.

In later years, they say it was the laziness and unprofessionalism of Arshavin or the indecent decision to make him play in the far wing, where he preferred to play in the centre. He was found sitting on the bench many times. Howsoever, the Gunner produced fewer but fascinating moments to remember.

He was regarded as the most enigmatic player and person in 2000s football. They say he never talked, never so open, never funny. Then what he did he opened a Q&A session on his website. He responded to the questions ranging from science to philosophy, funny, weird, and outright.

He was asked: how many goals will Andrey Arshavin score for Arsenal if he is given 150 assists? I’ll answer myself: 3 times more!

Arshavin backed: the concept of an assist implies that one scores after this pass. Therefore, I’ll answer 150, although I’ll be more modest- 148, once or twice, I’ll hit the bar.

Is that the Arshavin you say? What the hell!